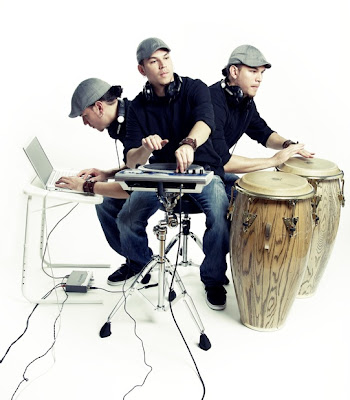 From Boston to Cuba, New York to Vancouver, this riddim-keeper has moved effortlessly from the sidelines into the production chair honing all the skills needed to work his magic on both skins and bass bins.
Myles studied at Berklee College of Music in Boston and at the University of Music in Havana, Cuba. He has toured and recorded with such acts as Orlando “Maraca” Valle (Grammy Nominee), K-OS (multi Juno winner), Alexis Puentes (multi Juno winner), and Alpha Yaya Diallo (multi Juno winner). With this world-class pedigree in hand, Myles is bringing his knowledge bang up to the 21st century, fusing his knowledge as a percussionist /producer /vocalist to create a performance of modern day tropical scorchers for the dance floor! Mixing Latin House, Tech House, HipHop, B’More, Soul and African music, Myles has developed a sound that represents the knowledge of tradition with a vision of tomorrow. Now he can be seen performing with his amazing array of talents in Vancouver at Vuja De @ Ginger 62.

VcB: When did you realize music was going to be your career path?
Myles: To tell you the truth it was never planned. Since I was 13 I would drum, my father would make me practice every day. At some point that translated into winning some drumming competitions and getting a scholarship to a music university. I think it was more like I did what I loved, I knew what I wanted to do and never had a doubt that it would happen. A little bit of know what you want, work hard, and then get it.

VcB: What is your favourite part of what you do; percussion, production, singing, etc?
Myles: I honestly love it all. I know that sounds like a cliche answer, but I believe that any element of what I do improves every other thing I do. It is the reason I am able to grow as a musician which is my ultimate goal, and a never-ending one. My DJ’ing has helped my song writing, my production has helped my timing, my percussion has helped my music writing. It really is endless and the more I learn, the more I realize it. 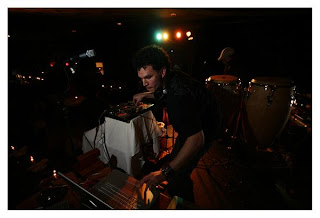 VcB: How do you channel your array of talents and make a club/lounge/concert night so successful?
Myles: That is always a touchy thing, sometimes you’re in a room with people who understand what you’re doing and sometimes they just wanna hear what they know. Both are valid. I think it’s more surrounding yourself with like-minded people who understand what it is you’re trying to create. Those people lead by example and once they get going then everybody around them starts feeling like they’re missing out on something. Next thing you know the room is bumping and you’re making it happen. I’ve had people complain and tell me I’m the worst performer ever and then an hour later they’re on the dance floor sweating, hollering and blowing kisses my way. I believe what I do and am confident in it, I don’t expect everyone to like it, but at least I want them to feel they’re getting the best of it.

VcB: You have traveled quite a lot, where are some of the greatest locales you have performed?
Myles: The music festivals in Nice and Antibes are pretty incredible. Played in a Toro stadium in Spain that held like 50,000 people, that was pretty amazing. Playing Jazz Fest in Paris right under the Arche de la Defense. Also having people like Wynton Marsalis jump on stage in New York to play with us or the horn section from Earth, Wind and Fire in L.A. was also incredible. Honestly there were so many great times and many more to come, can’t wait! 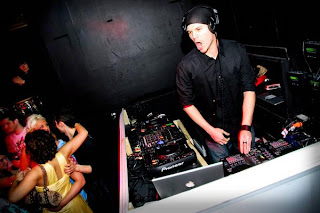 VcB: Finally, you’re in Vancouver now. What does Myles hope to accomplish here, specifically at Vuja De?
Myles: Vuja De is a music experience. You’re going to hear us spin Latin and Bhangra music which right away sets the tone for many different kinds of people. My ideal kind of party is one where classy people can get down to music from all over the world. The music becomes a journey, the conversations with multi-cultural people you are meeting become an experience, and you are now a part of what we are creating, “Vuja De”.

We thank Myles for taking time out of his busy road schedule for this interview. You can catch Myles perform on the last Thursday of every month, Vuja De @ Ginger 62.