In this second instalment of our three-part special series with Vancouver Mayor Gregor Robertson, we touched base on the future of the city’s tech industry and the development of tech hubs and incubators.

If you missed yesterday’s Part One , we got to know a little more about the Mayor and his life before he went into politics.

This is the second part of a special three-part Vancity Buzz series with Mayor Gregor Robertson:

Do you foresee similar deals with other hub companies like the deal between the City of Vancouver and Hootsuite?

There’s huge strength in creating a hub cluster in tech. Part of it happens organically, Vancouver is a big magnet and luckily the talent assembled here from all over the world is fantastic. So we have huge momentum, we’re on the global radar now as a tech city.

The City is doing a number of things for startups and small busineses to improve the way City Hall functions and supports businesses – to streamline processes and cut red tape.

The City was really ‘old school’ coming in 5 years ago, it was a big hill to climb to dramatically reduce the red tape and make sure small businesses didn’t get bogged in dealing with City Hall versus growing their business. As an entrepreneur, I ran into this years ago and that’s partially why I got into politics – to bring a business edge to government and recognize the importance of entrepreneurs to this city.

We also own a lot of real estate. For example, the building Hootsuite went into was a former police facility. We are looking at our massive real estate portfolio and leveraging it, creating more space opportunities for small business and entrepreneurs.

We have an innovation hub in the works at the old police station at Main and Cordova. Right now, we’re working on who will occupy the building – who will be the partnership of players in the building. A lot of renovations has to be done to the facility, it’s in need of a major upgrade, but some of the partners actually think jail cell offices would be cool.

We will have more information on the next steps this winter, we’re getting close to having it open and active. It should be good for the ecosystem of startups and entrepreneurs.

We already have some great incubator accelerators in the city, but there are way more entrepreneurs than hubs to grow from. This will be a great space to help fill in the gaps. 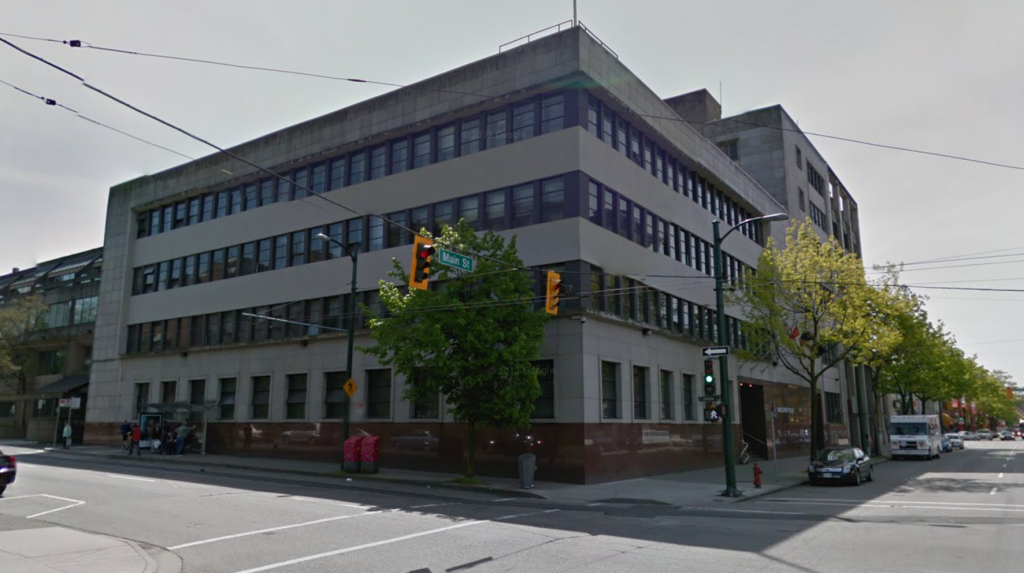 When we discuss this location with women working in tech, one of the concerns with the old police building at Main Street and Cordova area is safety, especially when a lot of tech employees work around the clock and leave late at night. Does the City know this might be an issue?

Well, the neighbourhood is dramatically changing through a lot of investment. We’ve created a lot of social housing to stabilize people who have been on the street and have not had the support to thrive. We’re investing into the social structure of the low-income neighbourhood, stabilizing it with new private investment, facilities, businesses and residents.

That’s a big change for the neighbourhood and the police are also still right next door on Cordova. That area has always been where the police have been for many years and has created an island of safety.

But now that Gastown has grown, Chinatown is coming back, Railtown is hopping… it’s a big transformation for the neighbourhood and it respects the many residents that have been there for many years. We’re trying to make it better for everyone – really, that’s the main thing.

In five years time, where do you think Vancouver’s tech industry will fit in on the global scale?

I’m sure we will have a much larger global footprint in five years. When you look at the success of local entrepreneurs, plus big players like Facebook and Amazon pouring in here and building offices, and the people coming from all over the world that are drawn to our tech activity, we are on a big wave of some growth and success. It looks like these next few years will be quite exciting for a lot of companies and the business community.

We also have unprecedented investment in office towers – over 2 million square feet of office space being built, which is more than in the last decade and it’s all happening right now. It is a huge construction boom in both office and rental housing.

One of my big focuses is to make sure we’re building more affordable housing and purpose-built rental. It’s quite difficult to buy a place in Vancouver these days on an average income, and particularly for entrepreneurs investing in their own companies – dropping $500,000 and then buying a house is not on the radar for a lot of people.

More rental and ensuring the marketplace has a range of rents is critical. We have been putting a lot of focus into this. We have a couple thousand units of rental housing on the pipeline, all this new commercial space, and again we’re also looking at spaces like the old police building and elsewhere around the city where there is more affordable space that can be made available and is great for startups.

Is the City looking into the potential of the Great Northern Way Campus? Even over the last few years, there has been a lot of activity in the area, with university campuses and offices opening there.

I think there’s a lot of potential along the whole strip from Railtown on the Port right up into Mount Pleasant. There’s a lot of new businesses moving into this area and what’s great is Vancouver has a very diverse economy.

Our tech economy is also just as diverse, which includes creative works. digital media, animation, ICT, clean tech and much more. There’s a real range of opportunity for people.

We will never be Silicon Valley, no one can match that, but in the same way you see New York and downtown San Francisco having emerged as real tech hubs… we’re approaching that next tier, that next category.

Young people want to be in a hip, cosmopolitan city that has great business opportunities and links globally. We’re in a great position, we just need to stay focused on it.