Ladies, do you find Johnny Canuck to be a Fox?  Well he literally is! Meet Chris Fox aka Johnny Canuck.  We wanted to know more about this ruggedly handsome man emulating Johnny Canuck, so naturally we sat down with him and got to know him a little better.  He’s smart, funny and a pretty down to earth guy…oh and did I mention that he’s single??

VCB: Tell us a little bit about yourself Chris.

Well, I am originally from small-town Ontario. Went to university in the US on a lacrosse scholarship. After graduation, lived all over the east coast playing. Ended up in LA for three years, went to grad school and coached lacrosse at a small liberal arts university. Finally, landed here in Vancouver to play in the Western Lacrosse Association. I fell in love with the city and I’ve called it home for the past two years. I work for a sports manufacturer, predominantly hockey and lacrosse, I coach at SFU and I am the girl’s lacrosse director of our development program. I do some consulting on the side, and what ever else I can get into.

VCB: How did this opportunity to do a photo shoot as Johnny Canuck come about for you?

I actually first read about it in the paper while I was getting lunch at Steamrollers. I went home, and obviously the Canucks were the hot topic on TSN and Sports Net, so it reminded me to look up the casting call. First I hit the Twitter-verse, then I went on Geoff’s site. One tweet and an email later, I was Johnny Canuck. 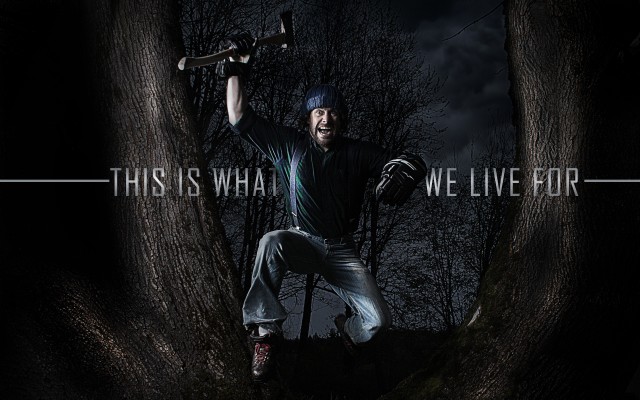 VCB: The shot is amazing! How was your experience working with Geoff Heith?

Thanks, and Geoff is an absolute Beauty! We got along really well. Talked back and forth, obviously about hockey and the Canucks, lacrosse, and family. Geoff is a creative guy, just check out his website. He had a good idea of what he wanted heading into the shoot and I think we got a few bonus shots. He made everything pretty easy and super relaxed. It was fun and a great opportunity to work with someone like Geoff!

VCB: Is this your first modelling stint or have you modeled in the past?

Yup, unless you count high school pictures as modeling. But I am pretty sure I’m type-casted as a lumberjack, vagabond, or hockey/lacrosse player. So, I don’t foresee to many other gigs materializing! 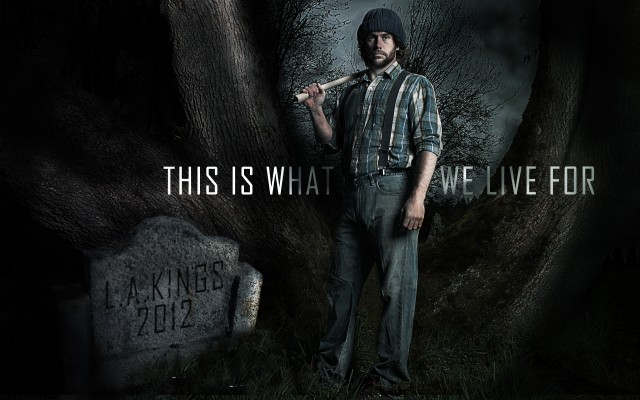 VCB: What do you think you and Johnny Canuck have in common?

Coincidently enough, we are both Lumberjacks. The first two summers that I lived here, I actually fell trees in West Van. I did mostly lot clearing and tree topping. We worked about twelve hours a day and then I would go practice or play in a WLA lacrosse game. Definitely not afraid to work hard in the corners and get dirty. Other than that, shaggy hair, a beard, my closet consists of jeans and flannel, and I can grow a killer handle-bar moustache for Movember. So… nothing really!

VCB: Now that the Canucks have won Game 4 how optimistic are you about a “reverse sweep’?

Well, it is only one game. But after that, if any team can do it, it’s the Canucks. Now they just need to string three more games together, take a breath after each game, and focus on what makes them successful each time out on the ice. All the pieces are there, so I always like to stay optimistic. But, it is absolutely amazing to see the difference that one player, Daniel Sedin, had on the game. He brought a sense of calm to everyone on the ice after the first period. The short passing plays are unreal to watch. Three more boys!

If you are loving these pictures as much as we are be sure to visit Geof’s website to download the Facebook Time Line Header or Wallpaper to show your support for the ‘reverse sweep’.  Go Canucks Go!!

Photography: Geoff Heith – be sure to to keep up to date with Geoff via Twitter