Three years ago, an unknown band from Burlington, Ontario, posted a video on YouTube showcasing the five-piece talent with one guitar. The song was a cover of Gotye’s hit “Somebody I Used to Know,” and the band was Walk off the Earth. Over 165 million views and a record deal later, the Canadian band was back in Vancouver on Friday night playing to a sold-out crowd at The Vogue Theatre.

The alternative rock, viral hit-makers’ are touring their latest studio album “Sing it All Away,” which comes out in June. The award winning band, composed of Gianni Luminati, Sarah Blackwood, Ryan Marshall, Mike Taylor and Joel Cassady, released their latest single “Rule the World” in March- and the video has already had over three million views.

On May 27, the band gained international headlines when seven-month pregnant Blackwood and her 23 month-old son, Giorgio, were kicked off a United Airlines flight on route to Vancouver. “Just got kicked off a @united flight because my son was crying really loud. Stayed calm but overall #Discrimination #motherhaters @united,” read Blackwood’s tweet. From People Magazine, to TMZ, the story went viral. While the airline stands by its decision, Blackwood has gained a lot of online support. And in the end, the band did not let this get in the way of their tour.

Just got kicked off a @united flight because my son was crying really loud. Stayed calm but overall #Discrimination #motherhaters @united

Prior to playing to the sold-out Vancouver show, I caught up with Walk off the Earth’s drummer, Joel Cassady.

Let’s start at the beginning. Burlington, Ontario. Is that where you met and formed as a band?

Yeh, we are all, in some way, from Burlington. The members of the group’s families are all based there now. I actually live in Toronto now, but I pretty much grew up there and my folks are there. That’s kind of the common thread of this group coming together.

I’m always interested in cities and how they influence a band. How did Burlington help shape Walk off the Earth?

In my opinion, considering the size of the city, it’s got a disproportionately large and happening music scene. It really nurtures local talent. As many kids, I got into the music through my local school programs like band in high school and such. I didn’t really realize that until I went to college, in which I did music as well, that some people don’t get a really well funded and organized elementary school, middle school, or high school music programs. I think that really helped. It’s a city that nurtures the arts. Throughout that area, the Burlington, Hamilton, Oakville area, Burlington really stands out.

Your YouTube video in 2012 of Gotye’s Somebody I Used to Know, again going back to the beginning, how did you first come across the idea of filming that?

Back at that time, a lot of the videos were the brainchild of Gianni. He would get these rough ideas down and pitch it to all of us. Honestly, back then when we had no budget for anything, it was all one-take videos. We would just get a rough idea together and just show up knowing were going to be there for at least 12 hours doing take after take and just working this thing out on the go. Little did we know when we did that what was going to happen. Pretty much the next day, everything changed.

How long were you guys playing together at that point?

About six months or so when the video took off.

Now, you’re on a global tour with a new album that comes out in June. How different was recording the new album from the previous one?

The biggest difference is we had a lot of time with this one. When we first got out, every record label in the U.S wanted to sign us. We finally settled with Columbia and things were blowing up. There was definitely pressure to get an album out sooner than later because the world knew, we were on the world’s stage. We turned the first major label record in like three months, it was a crazy experience. And it worked out. We were so happy with it, it definitely let the world know we weren’t just some cover band. Getting into this one, we had a better part of eight months off. We definitely had time on our side this time- that was the biggest difference. This album is definitely a lot more focused and it’s more solidified, I’m really excited for everyone to hear it.

As for touring, you’re on the road with a baby and a pregnant band member. Not your everyday rockstar tour bus, what is that like?

We have two buses on the road. We have one that’s more of the crew bus, and the other bus Sarah has her son. They kind of have their own thing happening. She’s an amazing, strong woman for doing this. She’s going on seven months pregnant with her next child and still killing it on everything in life. It’s changed my whole view of pregnant women. She never once complained.

Finally, what’s next for Walk off the Earth?

We are going to finish this tour up in about a week, and the rest of the summer for us will be a little slower because Sarah will be back in home base getting ready to give birth. We’re going to do a few videos this summer, we have a couple of cool things planned. On June 16, the day the album comes out, we’re going to New York to do the Today Show which is a huge honour. We know how hard it is as a Canadian band to get any traction at all in the U.S. 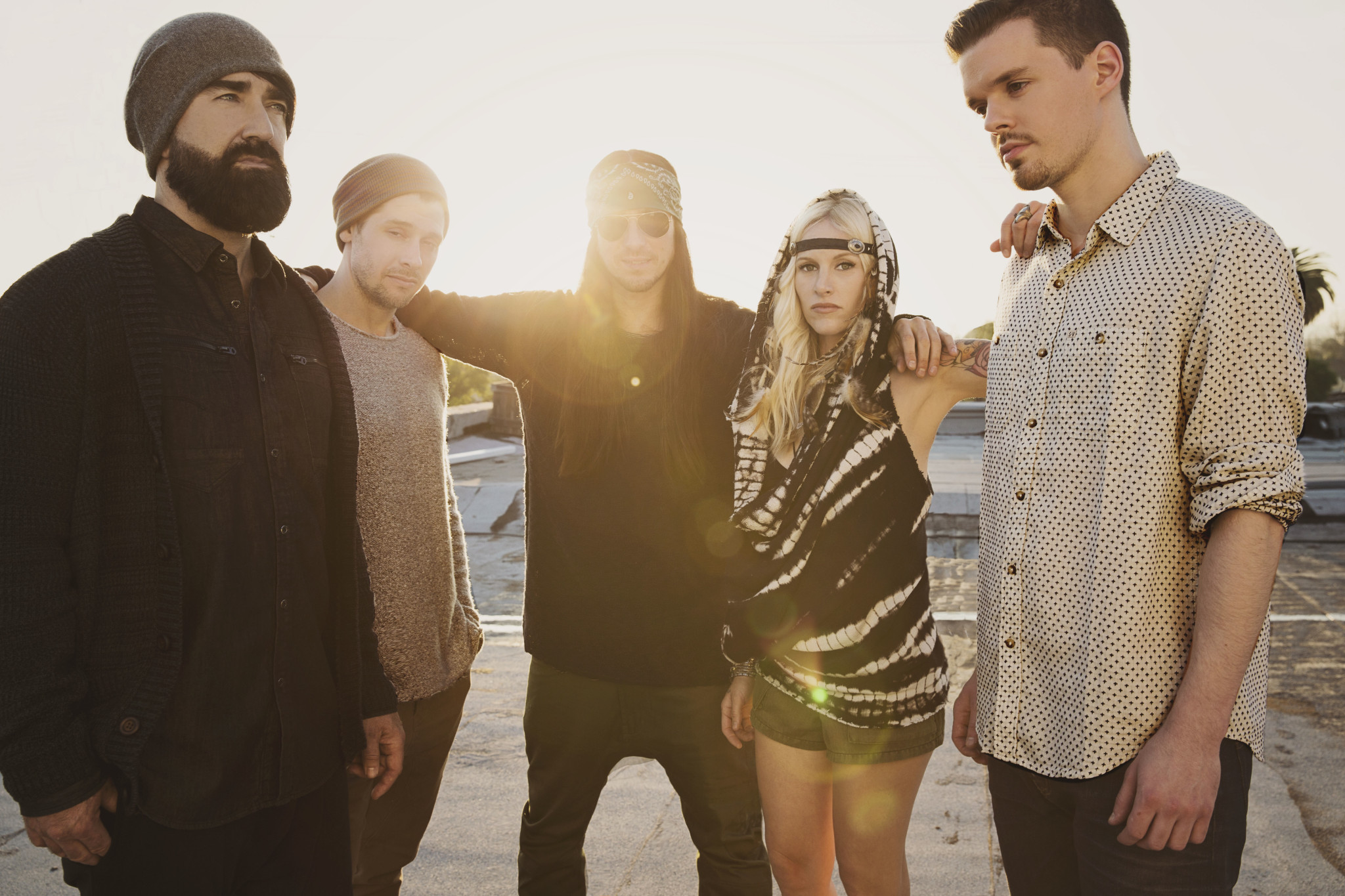 Walk off the Earth

Walk off the Earth’s new album “Sing It All Away” is out June 16. Their global tour continues in October.