Vancouver actor Dakota Daulby is nominated for two Leo Awards for his work on the short film Roar and the feature Black Fly, which will be screened at Vancity Theatre this Friday at 10:30pm.

Black Fly is a mysterious thriller about brothers reconnecting under dangerous circumstances. Daulby stated that he hopes watching it is like a rollercoaster ride:

“I hope it’s a ride. I hope it takes them on a rollercoaster ride because that’s what it was to me. There’s a lot of ups and downs with the story. I hope it’s intriguing, and I hope it’s mysterious throughout the whole way. You don’t really know what’s going to happen and you don’t really know where people are at through the entire story so I hope that really plays through to people. And I hope they have fun. A movie is supposed to be something fun so I always hope that the audience is entertained. That’s my goal as an artist is to entertain people.”

Daulby, the youngest lead actor nominee in both the short and feature categories, explains why he is grateful to be recognized with the Leo nominations:

“It’s definitely an honour to be nominated, and part of a pretty cool group of people. A lot of really reputable actors from Vancouver and Canada so it’s nice to be in the mix with them. And also to be nominated with my friend Matthew MacCaull who I did both films with.” Daulby and MacCaull have also both had recurring roles on this season of iZombie. They have become good friends since meeting while working on Black Fly: “We worked really hard on the film together and it’s nice to see that we’re both being recognized together, we put a lot of work in.”

“I would like to thank Judy Lee and Edward Rea, the people that casted Black Fly. They did a fantastic job bringing us all together,” commented Daulby.

Black Fly is loosely inspired by experiences its director Jason Bourque went through. Daulby explains, however, that it is important to him to bring humanity to any role regardless of if it has a factual basis:

“I think regardless of whether it’s based off someone or it’s loosely based off someone or if it’s totally fiction your job as actor is to bring humanity to the role. That’s always fun, that’s always a challenge, and for me it’s always something different whether it’s the physical nature that brings the character alive or whether it’s workshopping it with your fellow actors or developing a large backstory. That’s the fun part for me is the work that comes into it. When you get on set that’s just the icing on top of the cake it’s the two months of prep that’s the interesting part.”

Daulby identifies villains and troubled kids as types of roles he has been cast in more frequently than others. He is not interested in playing typical character types, as he explains:

“I like to play something that’s different. My job, my ideal, as an actor is to do something different than the grain, do something different than every other actor is going to do. I’ve got no interest in playing your typical character or doing your typical character type. That doesn’t interest me, doesn’t hold my attention, and I don’t think it benefits the production either. But with that said I like to play villains, I enjoy playing villains, they’re fun because you’re not in the same box as the hero, as the good guy, you’re kind of expected to do the unexpected which is always a blast and gives you freedom as an actor. I play a lot of villains but I also play a lot of young emotionally turmoiled kids.” 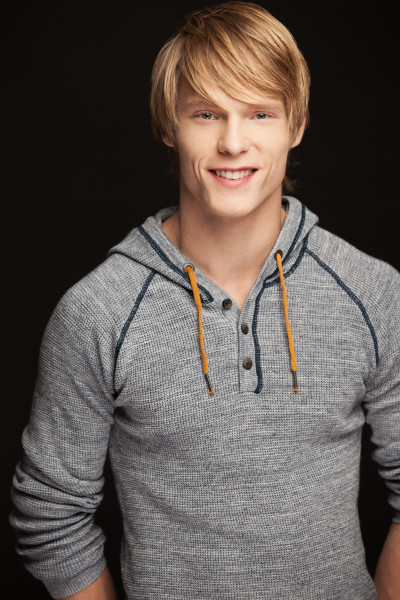 In the future Daulby hopes to branch out from acting to write and direct his own projects. He says that it is important to him to be involved in many parts of the film industry:

“I want to get into those other aspects, I think it’s important to start that as young as possible. Today’s age you’re going up against people all across the globe. It’s the age of the self-tape so it’s no longer about who’s in the backyard it’s about just everybody. It’s important to be versatile and it’s important to do as many aspects of the business as possible. It makes you more valuable I think, and it gives you a lot more power. An actor doesn’t have much power in terms of after they leave the audition room a lot of things have to align in order for you to book a role. So I enjoy being a little more involved and having a little more power and developing work I think it’s cool to develop work for my fellow artists and actors that I find are really interesting and getting to hire them.”

While he is not known as a comedic actor, Daulby hopes to write and direct comedies in the future and already has one in the works: “I enjoy laughing and I enjoy making people laugh. I just finished a project, a dark comedy, last year that’s in post production called The Seven Stages of Grief.”

He has also been producing, directing, and writing some episodes of a yet untitled web series.

While he was working on Black Fly Daulby was also working to hone his craft at Vancouver’s New Image College, where he was still a full-time student. He has since graduated. When asked why school remained so important to him despite already achieving some success as an actor Daulby offered the following explanation:

“There gets to a point in your career – because I was acting before I started school – where you have to decide if you want to take this seriously and I did. And I was going up against people who were not only older than me but a lot more experienced and I decided that I needed to be on the same level and I don’t think you can really do that without training. It’s a profession so you have to treat it like one. A lot of people think it’s all about natural talent and that’s a big thing, sure, but a doctor doesn’t go into the operating room without knowing anatomy. I decided that I needed to have a formal base to work off of so I could understand the technical parts of it because it’s a very technical job a lot more technical than people realize.”

Daulby says that the faculty at New Image, particularly his mentor Phil Granger who is both the head of the program and Daulby’s friend since he was very young, were an asset in both booking his Black Fly role and carrying it through.

Daulby’s short film Roar can be seen on Vimeo. You can learn more about him at www.DakotaDaulby.com, or follow him on twitter @DakotaDaulby.