The True Heroines follows the escapades of three 1950s housewives who share a dangerous secret: they have superpowers.

As products of a series of secret genetic experiments, these high-heeled “Humans with Special Abilities” now make their (perfect) homes in New Paradise Hill, leading double-lives to elude the mysterious corporation that hunts them. The True Heroines is a multi-platform, interactive universe, comprised of a web-series and bi-monthly live cabaret show, as well as an upcoming print comic. Recently, I did a photo shoot and interview with them at Used House of Vintage on Robson Street in Vancouver.

The True Heroines have just been nominated for a Canadian Screen Award for Digital Media-Fiction. 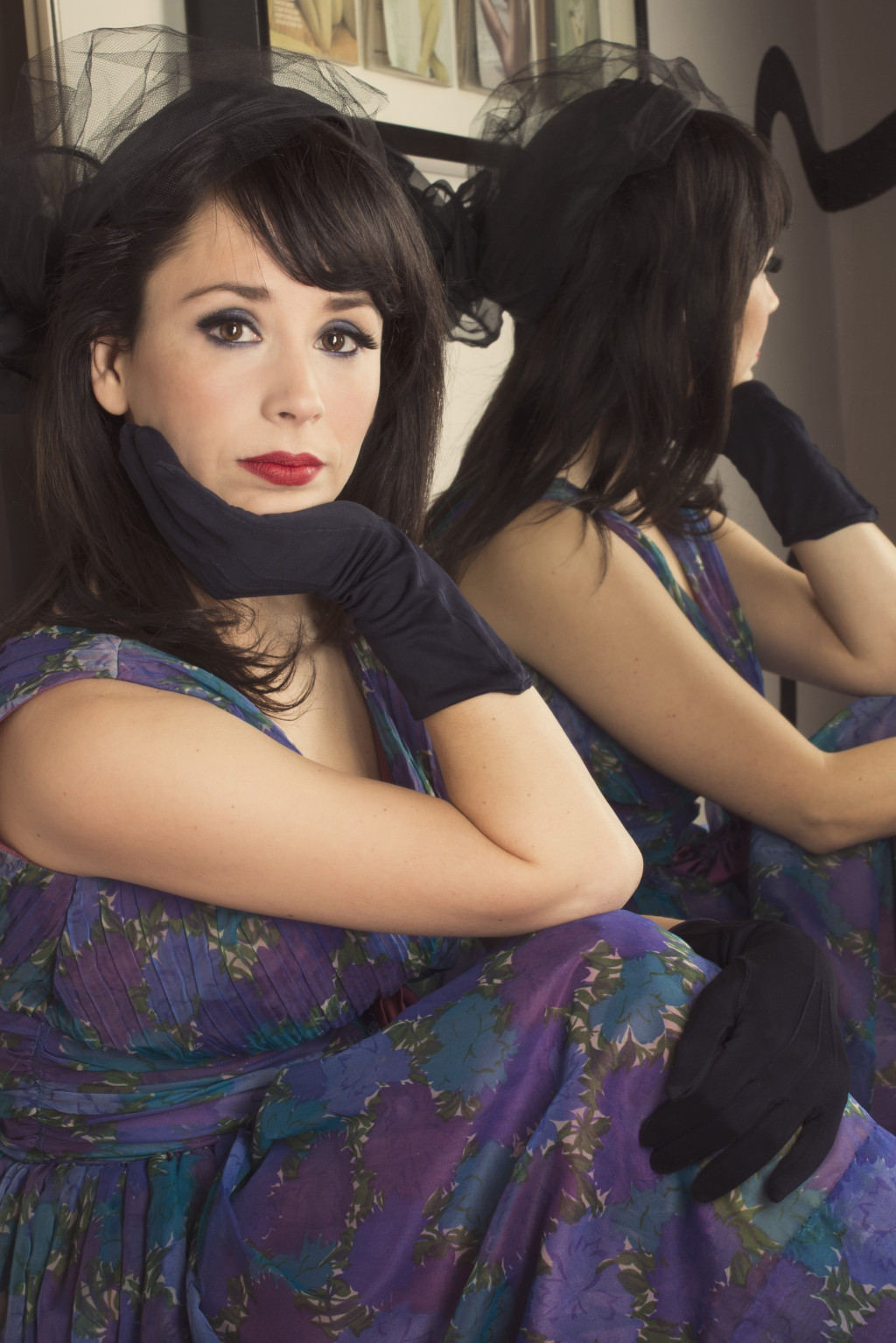 CP: Who thought of the original concept before the series and why did you name yourselves The True Heroines?

TH: The original concept was developed in 2009 and was a product of the four of us ( Jovanna, Fiona, Paula & Joel) sitting around coffee shops dreaming up what our ideal characters and favourite time periods were.

The four of us have a strong theatre background and we love golden era film and television. At the time we noticed there had been a lack of song and dance on screen (of course it has been seeing a come back since 2009) and we wanted to find a way to bridge the gap between the screen and the stage. In addition, we wanted to create a show that had strong female characters in a time where it was truly a man’s world.

We named the show “The True Heroines” for a few reasons: Firstly, women were truly the hero’s of the household in the fifties. They had perfect hair and make up, clean homes and dinner on the table by six… c’mon. Secondly, because the gals are super soldiers and they were heroines during the war. And lastly, because they are in the midst of uncovering the truth about what is happening to their kind and they’re fighting against their own extermination. So in a sense they have become the “TRUE” heroines of their species. 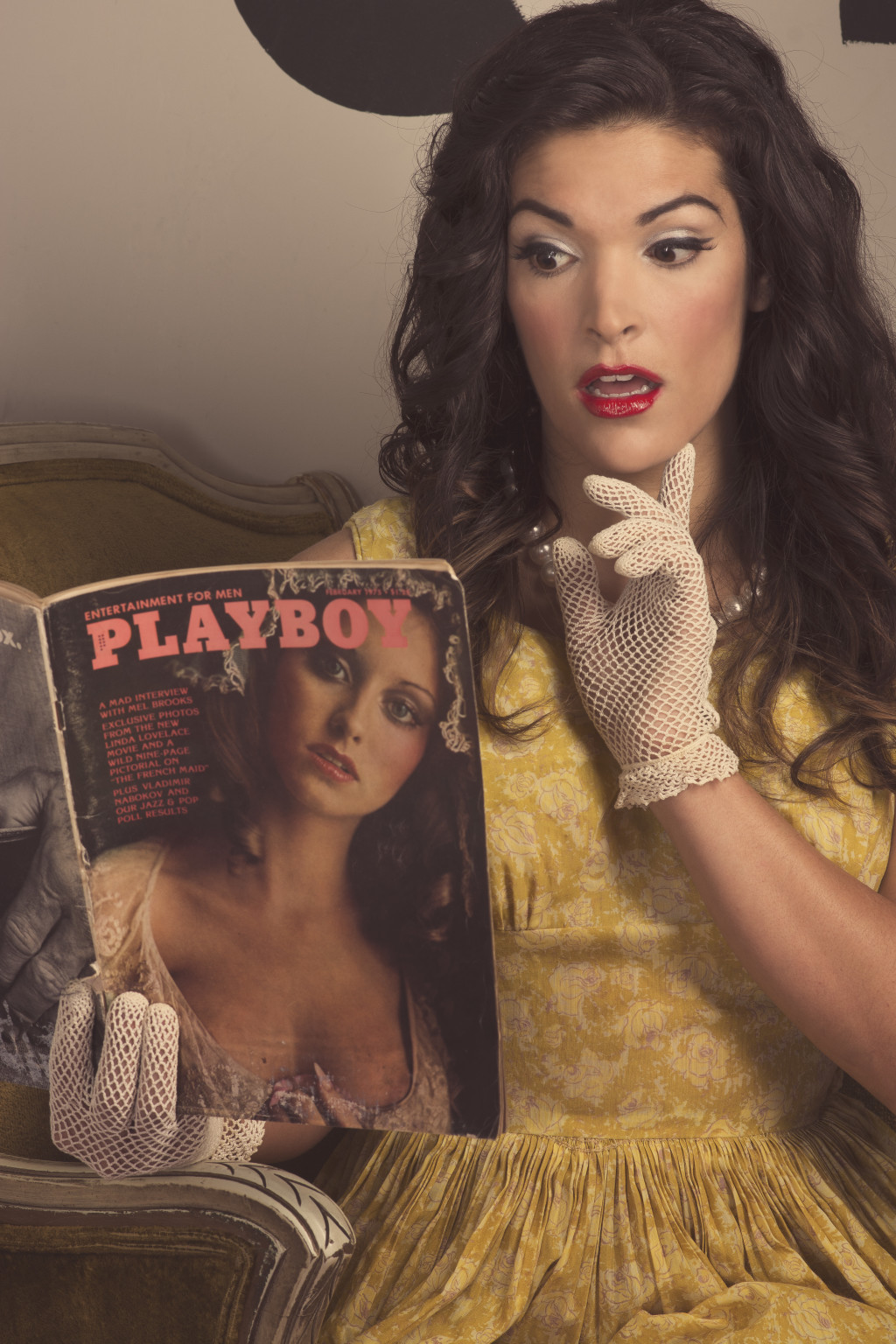 CP: How long did you perform live shows before you filmed the web series?

TH: We actually only did 2 live shows before the initial pilot shoot. Initially we performed the first live show as a way to raise funds to shoot our pilot. In fact, we called it a “Fifties Fundraiser”. Of course, we never imagined it would grow so much and of course since then the live show has grown into its own entity entirely.

CP: Was the entire series shot here in Vancouver? How long were you in production for?

TH: The entire season was shot in and around Vancouver. Production was a pretty long process as we shot the pilot episodes (1 & 2) in the summer of 2010. Then we spent almost two years fundraising again before having enough in the bank to finish episodes 3 through 6. 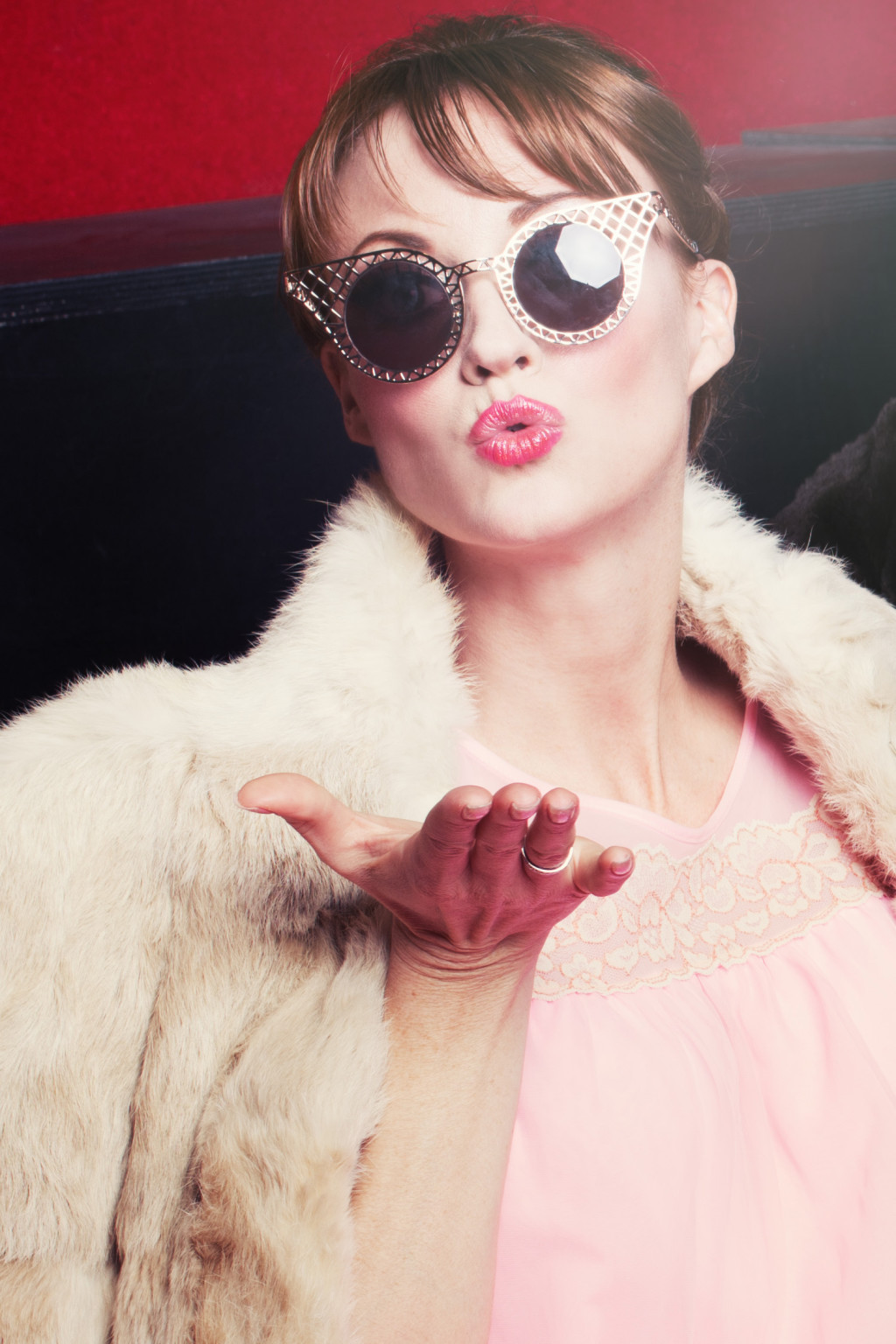 CP: Are you going to do a second season?

TH: We are hoping to have a second season in the near future. We just have a few things going on behind the scenes that we can’t yet disclose…

CP: Who wrote the series?

TH: The series was written by Nicholas Carella. He is also a producer and our fifth creator.  He came on board before we shot the pilot and helped us to re-work the initial pilot script and then worked with us to really develop the world and the entire series bible.

CP: Did you create your own characters or help with the process?

TH: We each came up with our own characters including the superpowers behind them and it was Joel’s idea to develop Gordon Fitzgerald, the mysterious milk man. Our characters’ superpowers reflect who we are as real people, and what superpower we wish we had in real life. As an example, Paula is actually really strong, like freakishly strong, and we all thought it was only natural that her character, Dottie Rodriguez, possess SuperStrength. 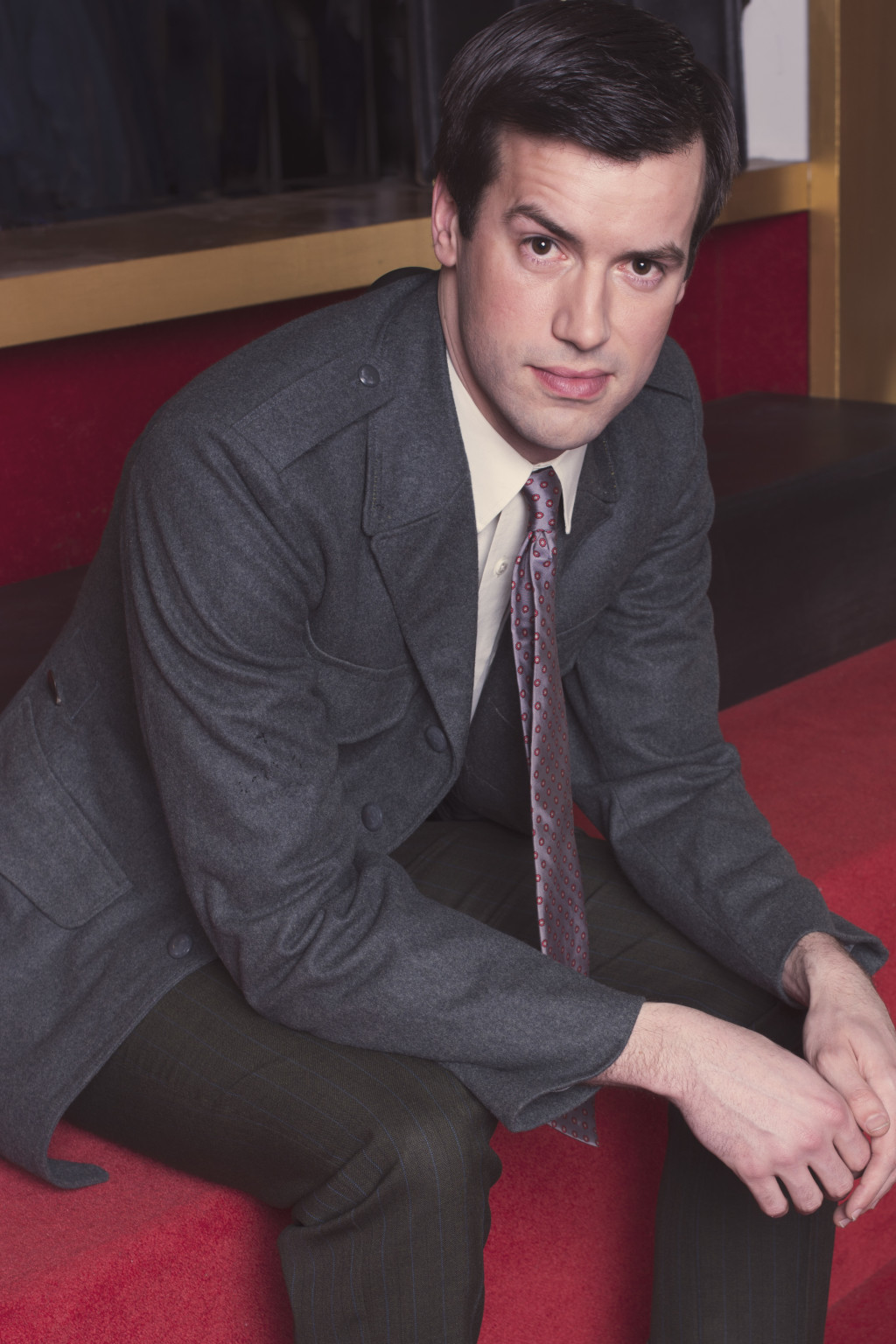 CP: How did you go about casting the rest of the project?

TH: Well we sat down with our entire production team and made a “dream” cast list. Lucky for us, every one that we offered a role to off of our “dream” list accepted! We are very proud of the cast, they are all amazing to work with.

CP: When did you attach your director and how did you decide she would be the right fit for the project?

TH: Our fabulous director, Michelle Ouellet, was actually the first person we attached to the project. We were looking for a strong female director who had the same vision we did. When we showed up at our initial interview with Michelle, she pulled out all the same reference images that we had… we knew right away it was a match made in heaven. 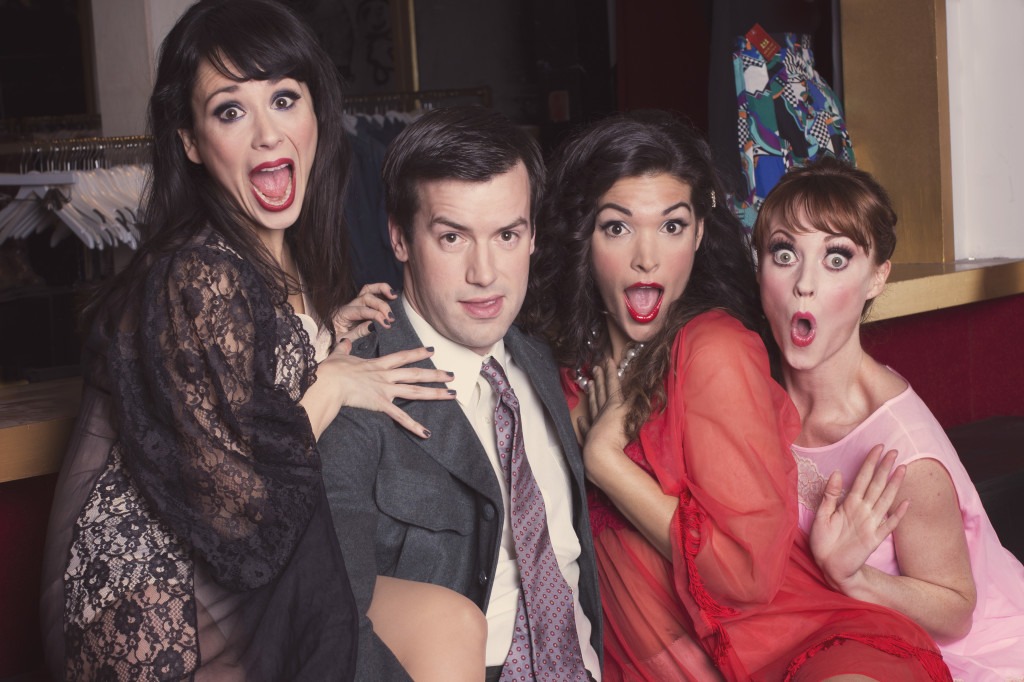 CP: So Season One of the web-series has been nominated for a prestigious “Canadian Screen Award” for Digital Media Fiction. How are you guys feeling right now?

TH: Yes, we were recently nominated and could not feel more honored! Especially considering we are the only BC web series represented at the Canadian Screen Awards in our category. We are very excited about the nomination and can’t wait to attend the awards week in Toronto.

CP: When is your next live show?

TH: Funny you should ask! We actually have a show coming up for Valentines Day! So if you are looking for something different, something sexy and something fun to do with your date on the 13th or 14th of February, or even if you’re single and ready to mingle, you should check out our show at the ANZA Club : “The True Heroines in French Kiss… Of Death” 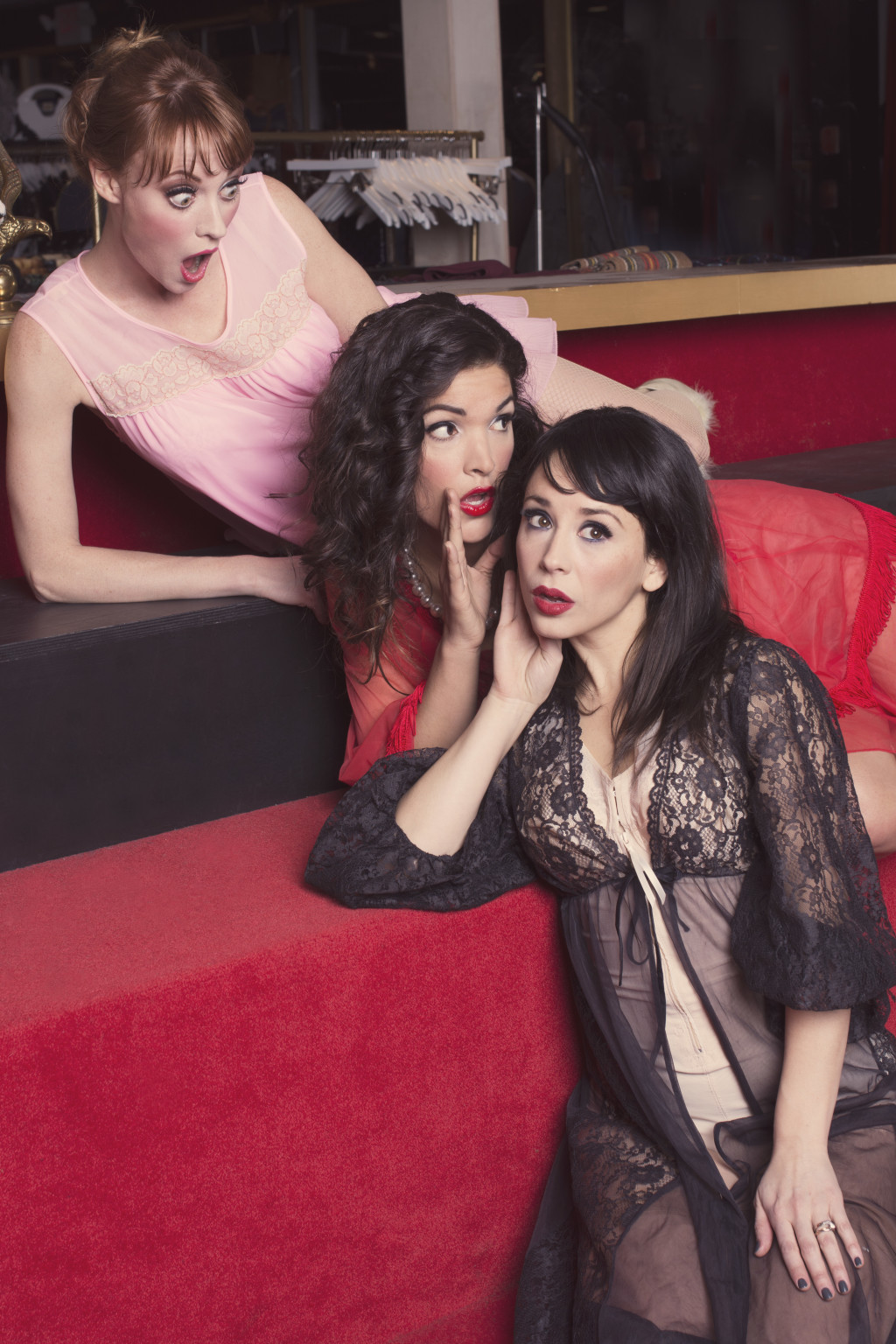 CP: Would you be willing to give away two tickets to the show to our Vancity Buzz readers?

TH: We would love to! We will put everyone who likes & shares this interview into a draw and announce the winner on our FB and Twitter page on February 10th.

CP: Awesome. I’ll see you at the ANZA Club.

Behind the scenes video captured and edited by: Matt Barrett. Special thanks to Ryan Cooper Photography.