There is a new queen of hip-hop and R&B.

From acting to dancing, and singing to producing, Tinashe is taking over. Combining urban grooves, pop beats, and silky vocals, the 23-year-old has already produced a solid debut with her 2014 debut album Aquarius. The last two years saw a rise of a fierce star, whose ambition is unstoppable.

In 2015, Tinashe opened for Nicki Minaj and Katy Perry on two separate world tours, all the while she was writing and producing her upcoming release Joyride. But like the talented and enthusiastic person that she is, Tinashe used that time to inspire her latest creation. “It felt like I had some fresh inspiration. Having travelled and gone to some new places and experienced some new things, I had new perspective to write from. So this album process was a really great one for me. I definitely had a better idea going in of what I wanted,” she said.

Speaking with Vancity Buzz from Silver Spring, Maryland, Tinashe was about two weeks into the U.S leg of her own headlining tour. Over the phone, her voice is as gentle as it is on her tracks, and her energy is just as spirited as it seems on stage. She speaks with vibrance and confidence, especially when discussing the nature of the music industry.

“It’s hard. It’s extremely male dominated,” she explained. “Initially, I had a hard time establishing a level of respect from my peers. It was really important to me that they didn’t just write me off as just a cute girl or a pretty face, and all these stereotypes that come with being a female artist. So it was really great for me to be able to show people that I do have perspective, especially on the production side and the engineering side of things because it gave people an entirely other way to perceive me as an artist than just a voice.” 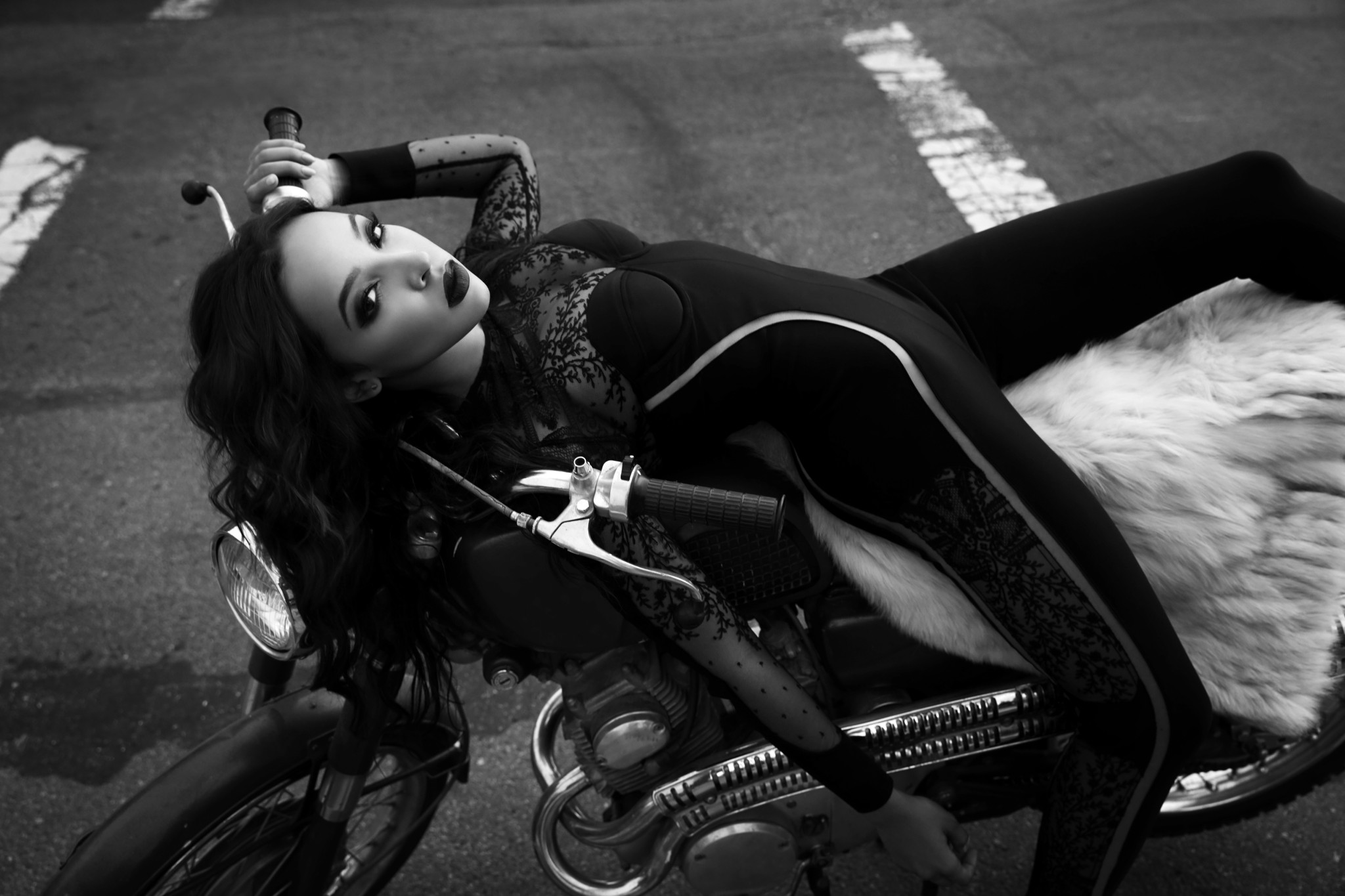 There are so many sides to the dynamic L.A-based Tinashe, and that captivating voice is just one of them. She is a dancer (and previously in girl group The Stunners), an actress (two seasons of Two and a Half Men), and a former model who recently posed for Playboy’s new non-nude magazine. But musically, her combination of new school and old-school, uptempo yet mellow beats have produced several hit singles and music award nominations (including the Soul Train Music Awards and the BET Awards). The female producer finds inspiration in different places, including Canada.

“I recorded some of the album in Toronto. I worked with a lot of artists and producers that are from up there,” Tinashe said. “I have some really great musical chemistry there. I have some of my favourite people to work with like Boi-1da (Toronto producer). Every time that I go there, I create really amazing stuff.” With her love for Canada, it’s no wonder she chooses to tour with a Canadian producer. “Right now I’m touring with Ryan Hemsworth, who’s opening for me. He brings really great energy to the show.”

The Joyride Tour is all about energy. Between Hemsworth opening, and Tinashe’s lively dance moves, the tour is hitting small venues but can certainly suit an arena – which she is sure to headline in the future. “The tour is a reflection of the new album in a sense that it feels like an adventure. I really wanted to step up my game as far as the production value of the show and I wanted it to feel like an arena show in a more intimate environment. That was my goal,” she said. And seeing the rave reviews, her goal is accomplished.

Considering the album has yet to drop, and no release date is in sight, Tinashe said her plan after the Joyride tour is always evolving. “I’m excited to release my album, and based on when the album finally drops, I’ll be doing promo and hopefully more shows.” As for the release itself, she said she has no answers as of yet, but “it will hopefully be soon.”

Record label politics aside, Tinashe is accomplishing what many young female producers hope to reach someday. And knowing what she knows now, Tinashe encourages women to work together to accomplish music goals. “The best thing you can do is to work with as many people as you can and just try to get yourself out there. Just really develop that respect and encourage as many other people as you can to get involved because I feel like it’s across the board musically,” she said with passion. “It’s not necessarily just producers and engineers and even executives. I think, as women, we need to be more involved in all aspects of the music and entertainment industry.” And speaking about future collaborations, she resonates the same sentiments. “I’d also love to collaborate with more female artists, really any female artists. The more the better.”

To date, Tinashe’s collaborations have included some of the industry’s biggest names including A$AP Rocky, Future, and Chris Brown. But at the heart of it all, it is Tinashe’s talent that radiates.

In the end, the Aquarius singer said she’s excited for her show in Vancouver. Being an Aquarius herself, although she said she doesn’t read her horoscopes, Tinashe did admit to taking bits and pieces from it that she appreciates. Looking up her sign, Aquarius women are known to be smart, independent and at the heart of the hurricane. “She is a tempest filled with an inner force and power. Hold on tight and go along for the ride.”

Taking bits and pieces, that one is quite accurate. 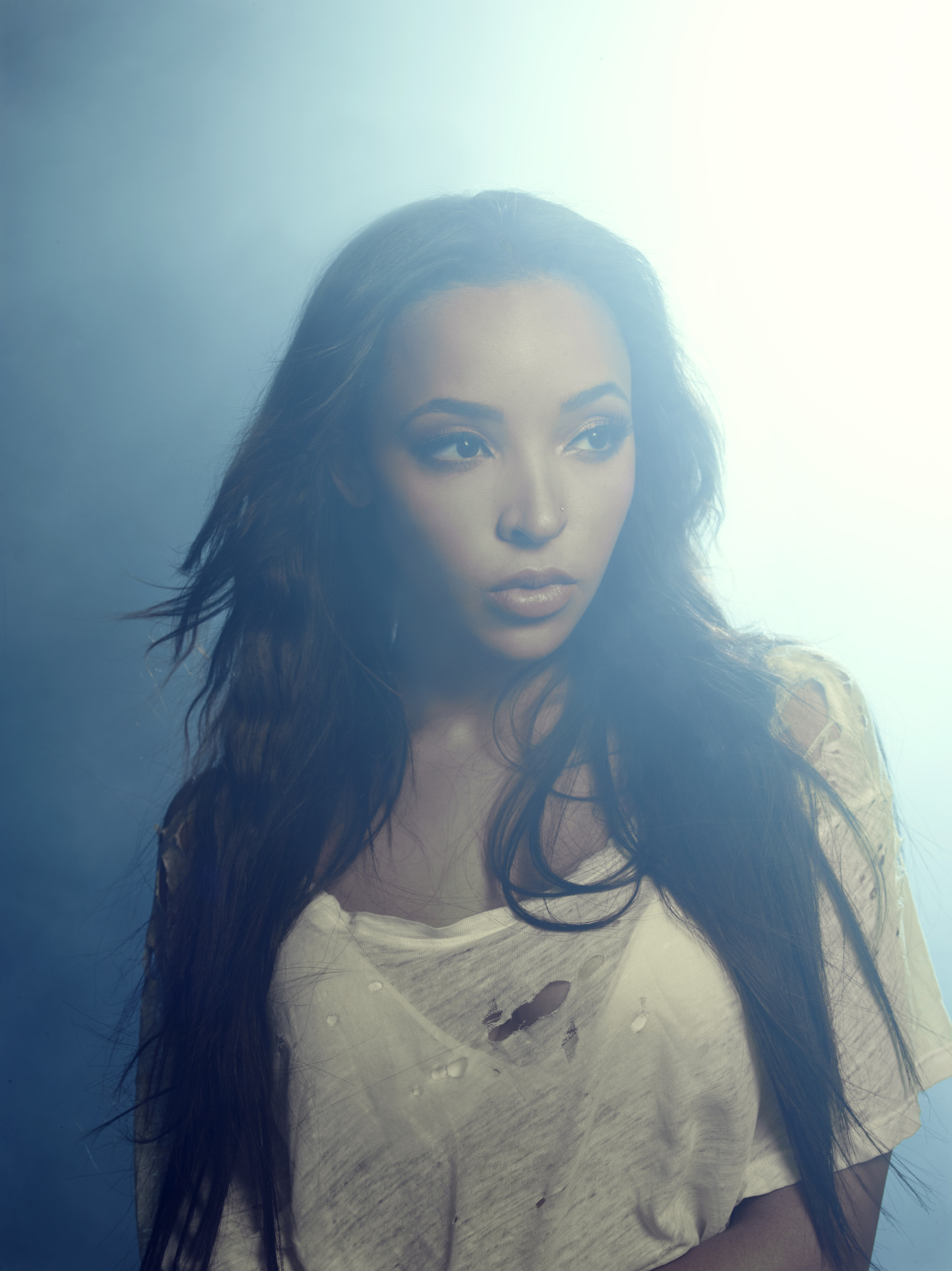 When: Sunday, April 10 at 7 p.m.
Where: The Vogue Theatre, 918 Granville Street, Vancouver
Tickets: Available online from $40. All ages.