Nick Lesyk, guitarist from Ontario-based roots rock band The Mandevilles, had a surreal moment the other day. It happened at the start of the Canadian leg of the Queens of Sheba tour on which he and bandmate Serena Pryne have been sharing the bill with Joan Jett and Heart.

“I walked out of our dressing room into the hallway as Joan Jett was running out of her dressing room in a really funny, goofy way,” he recalls. “A head down run, like she was running into another room. And just as she popped out of the room up the hallway from me, Serena popped out behind me and was catching up to me, running the exact same way. So the two of them crossed hallways running in a really goofy way, at the same time. As somebody observing it, it was pretty funny to see.”

Two strong female musicians, crossing paths, being their silly selves. Pyrne, who fronts The Mandevilles, has a commanding presence that matches the smokey, powerhouse vocals heard the band’s latest album, Windows and Stones. The tour stopped in Vancouver on March 8 — International Women’s Day — and with the triple-punch combination of Jett, Ann and Nancy Wilson, and Pryne performing on that specific date, it is difficult not to contemplate the role of women in music. 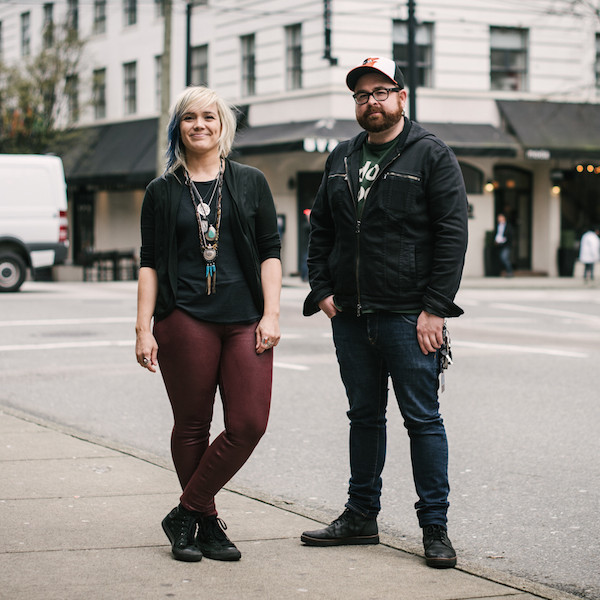 When it comes right down to it, “It shouldn’t matter if you’re a guy or a girl,” Pryne says, adding that there are plenty of strong, talented, and beautiful women in music today. “But then you’ve got, you know, the other end of the spectrum where there’s people who think they’re being pro-woman, a feminist, or whatever, and they have no fucking clue what that means. It’s completely distorted. I don’t know, it’s kind of a sad thing when I see the idols that young people have to look up to. I think it’s really twisted, a lot of the times. But there are still people that do it [well] and it’s just about being awesome. It’s not about ‘oh, I’m a girl so I have to be sexy’ — sex always becomes part of it, first of all. It shouldn’t even be about that.”

Pryne names Lana Del Ray, Brittany Howard (Alabama Shakes), and Susan Tedeschi (Tedeschi Trucks Band) as amongst the women she feels maintain an individual sincerity in their work, regardless if what they create falls into the mainstream or not. “I just love [that] these women are being exactly who they are,” she continues. “They don’t have to change a fucking thing about it and people love it because it’s real, you know?”

Of course, esteemed Rock and Roll Hall of Famers Jett and the Wilson sisters (unquestionably) embody such realness, as well. Jett, often hailed as the “Godmother of Punk,” has been an influential force in rock and roll since she co-founded the iconic all-girl band The Runaways in 1975. Ann and Nancy, known as some of the first women to front a rock band and with their diverse music style that ranges from folk to hard rock, also have never shied away from being true to themselves. 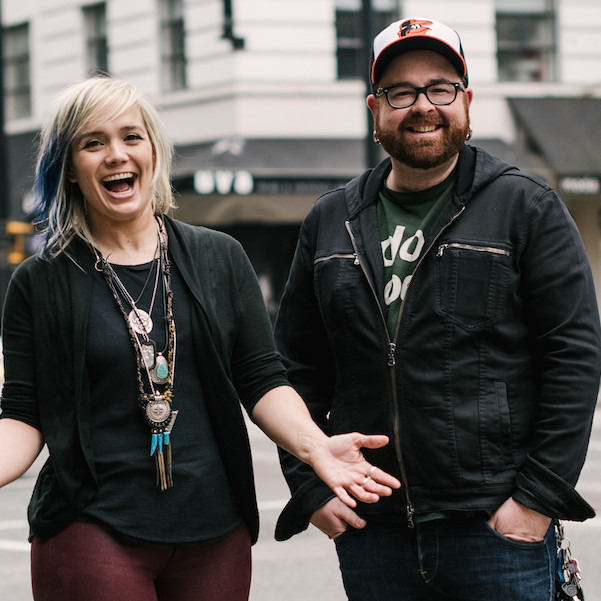 Authenticity is something that The Mandevilles, too, hold in high regard as musicians. Pryne and Lesyk have been creative partners for 14 years and, in that time, they’ve endured a long and turbulent journey that’s taken them from a courting with a now-bankrupt American record label to working with a rotating door of musicians in Europe to returning home to Canada to revamp their band. Windows and Stones is the group’s first release with their new lineup (the pair previously went by Oliver Black, then Serena Pryne and the Mandevilles) and, with influences including Tom Petty and Fleetwood Mac, it’s an excellent album. Pryne and Lesyk have worked hard to get where they are and, through it all, their commitment to musical integrity has maintained with a straight-forward approach that insists on honest writing, no studio trickery, and spirited live performances.

What’s the difference, then, between a manufactured product and honest-to-goodness music? Lesyk has a clever answer.

“It’s like the difference between fast food and fine dining,” he says. “McDonald’s might not be the best burger on the block, but it’s the one that people eat the most. But there’s still people who appreciate fine dining. We’re trying to find those people that appreciate actual music, they’re the people that come out to these shows, so we’re trying to become friends with them and hitch a ride on that train, as opposed to going down the McDonald’s road, which involves chasing what is popular at a moment. I’d much rather be a well-cooked steak than a Big Mac.”