“Ridiculous title, 17 tracks, no stylistic coherency.” That’s how The 1975’s frontman Matt Healy described their latest album, I Like It When You Sleep, for You Are So Beautiful yet So Unaware of It. But despite its title, the album is a proven commercial success globally for the English band, who returned to Vancouver on April 27 during their North American tour.

Exactly two years ago, fans of the Brit poppers lined up around a block on Granville Street for the quartet’s sold-out show at The Vogue Theatre. At the time, the heartthrob boy band was all about “Sex”, “Girls”, and “Chocolate.” Last night, it was almost the same scene as fans lined up as early as 6 a.m at the Doug Mitchell Thunderbird Centre, in hopes to get the closest glimpse of Healy and the boys – but there was much more to it than sex and chocolate. 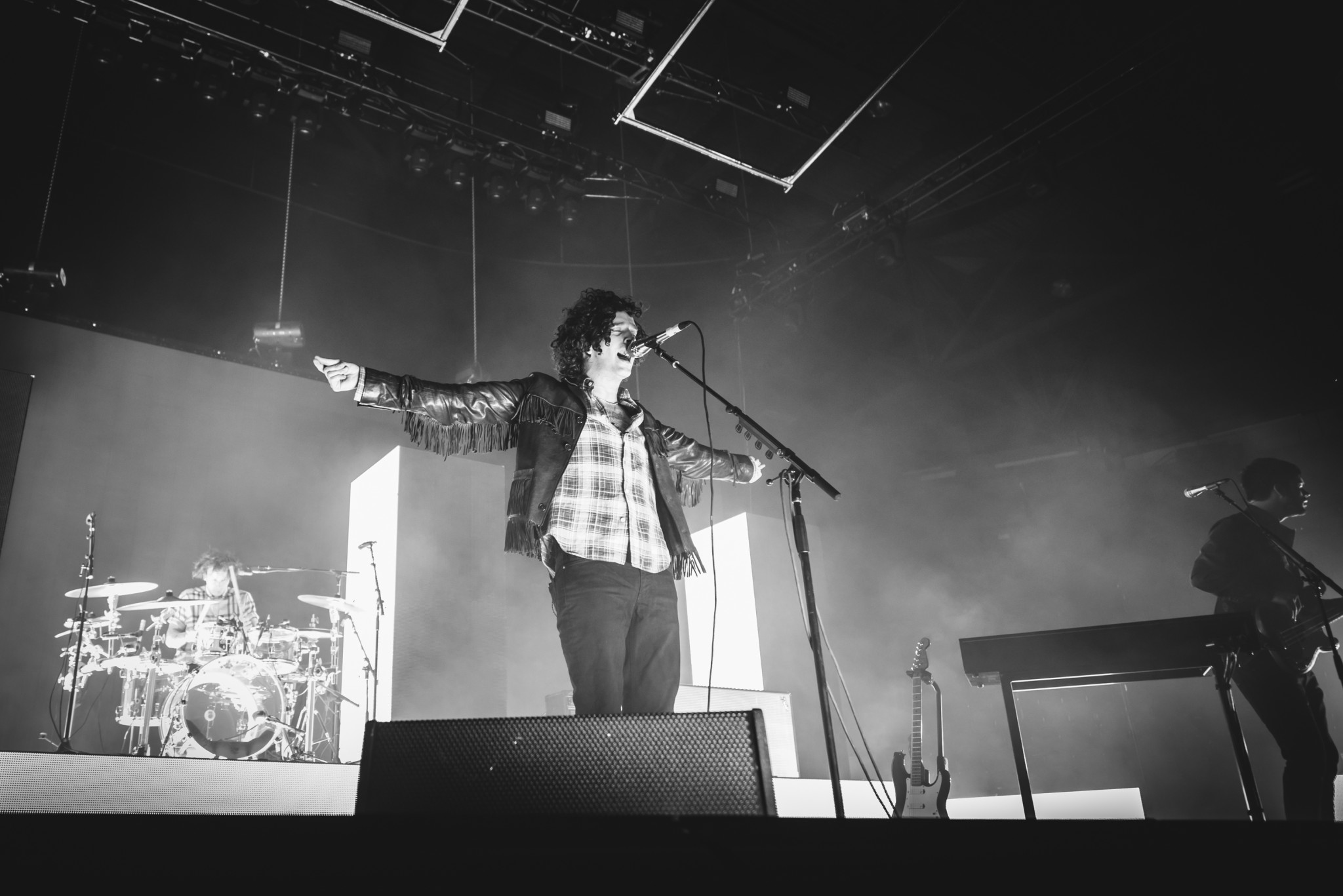 The 1975 in Vancouver/Brandon Artis Photography

Probably one of Manchester’s biggest music exports these days, The 1975’s live performance has evolved into a much brighter extravaganza. Gone are the black & white days; it’s been replaced by neon colours with a sound of growth and evolution. Hitting the stage on Wednesday night, Healy and a five piece band behind him – which includes Adam Hann, Ross MacDonald and George Daniel – were constantly surrounded by stunning visuals. From solid bright block colours to full cityscapes, The 1975’s presence was felt across the floors and seats of the entire Centre. Opening with their first single off the record, “Love Me” only got the already hyped crowd more rowdy.

Playing tracks from their self-titled debut album as well as their latest gave fans a solid mix of faves. But highlights included some of I Like It When You Sleep, for You Are So Beautiful yet So Unaware of It, such as “Loving Someone,” “The Sound,” and “Somebody Else.” Keeping a distinct 1975 sound, the new record is lyrically one of the best releases of 2016, and according to Healy, it’s an accurate representation of The 1975. 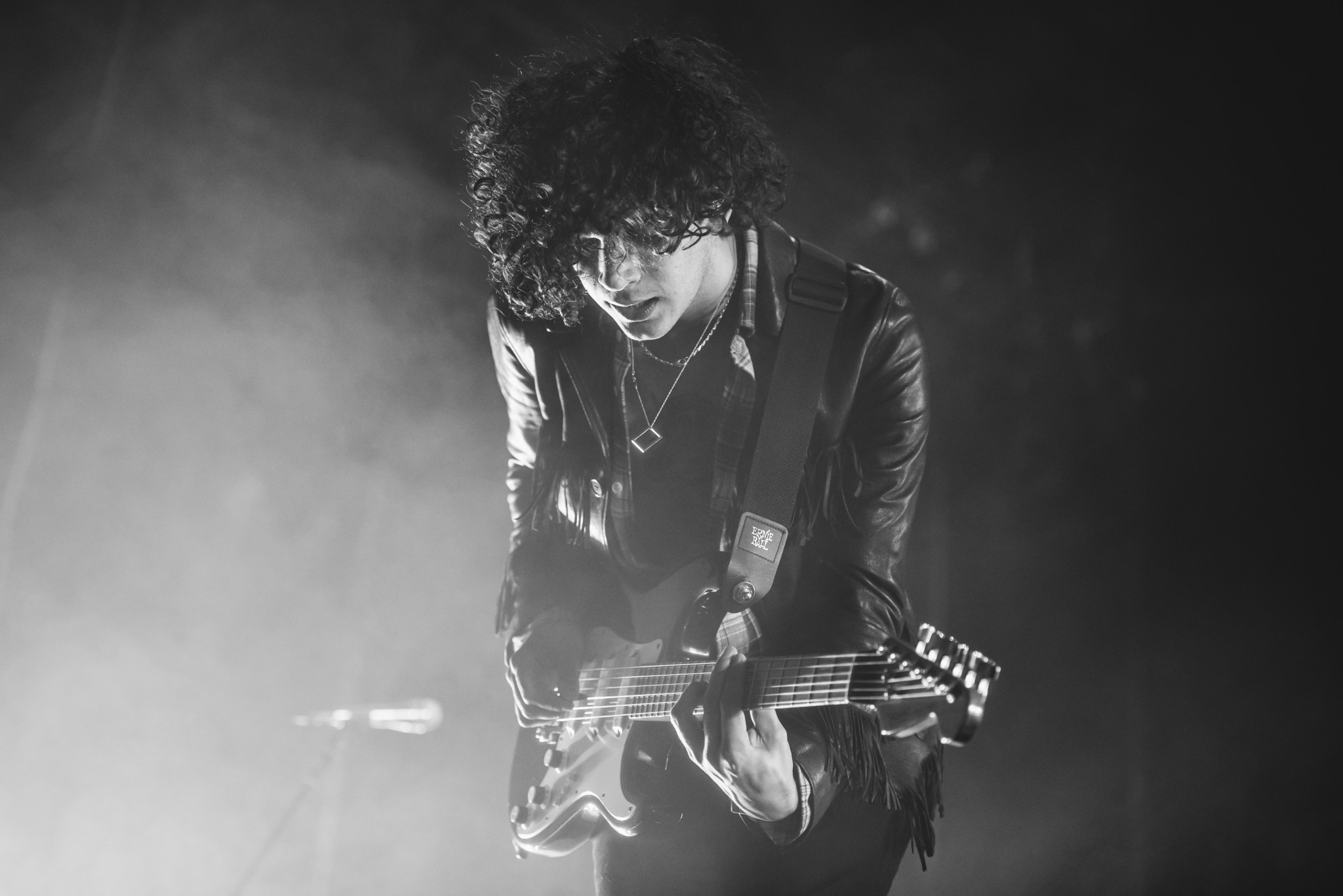 “That’s why I’m not really scared anymore. I’m not really that bothered anymore. I’ve realized retrospectively that the first album was very much wrapped up in me becoming somebody, people knowing who I was, me going like ‘look, I’m a thing.’ Whereas this album is just about the record,” said Healy, as we caught up backstage before the show.

Healy continued: “We had to get to a place where we were like ‘fuck everything else.’ Otherwise, we were going to make a really conflicted record that was based on fear and compromise. And we did that, and that’s the most successful we’ve ever been. Ridiculous title, 17 tracks, no stylistic coherency. On paper, it’s a really hard sell. I’ve just learned I could do that now, me doing what I want is what seems, weirdly enough, what people want.”

And it is what people want, fans knew all the words to the latest album, and sometimes sang louder than Healy at the show. Healy, a charismatic, curly-haired natural on stage, is known for his charming eccentricity. A man who can perform on stage, while drinking, smoking, and dancing, and a man whose talent is captivating. 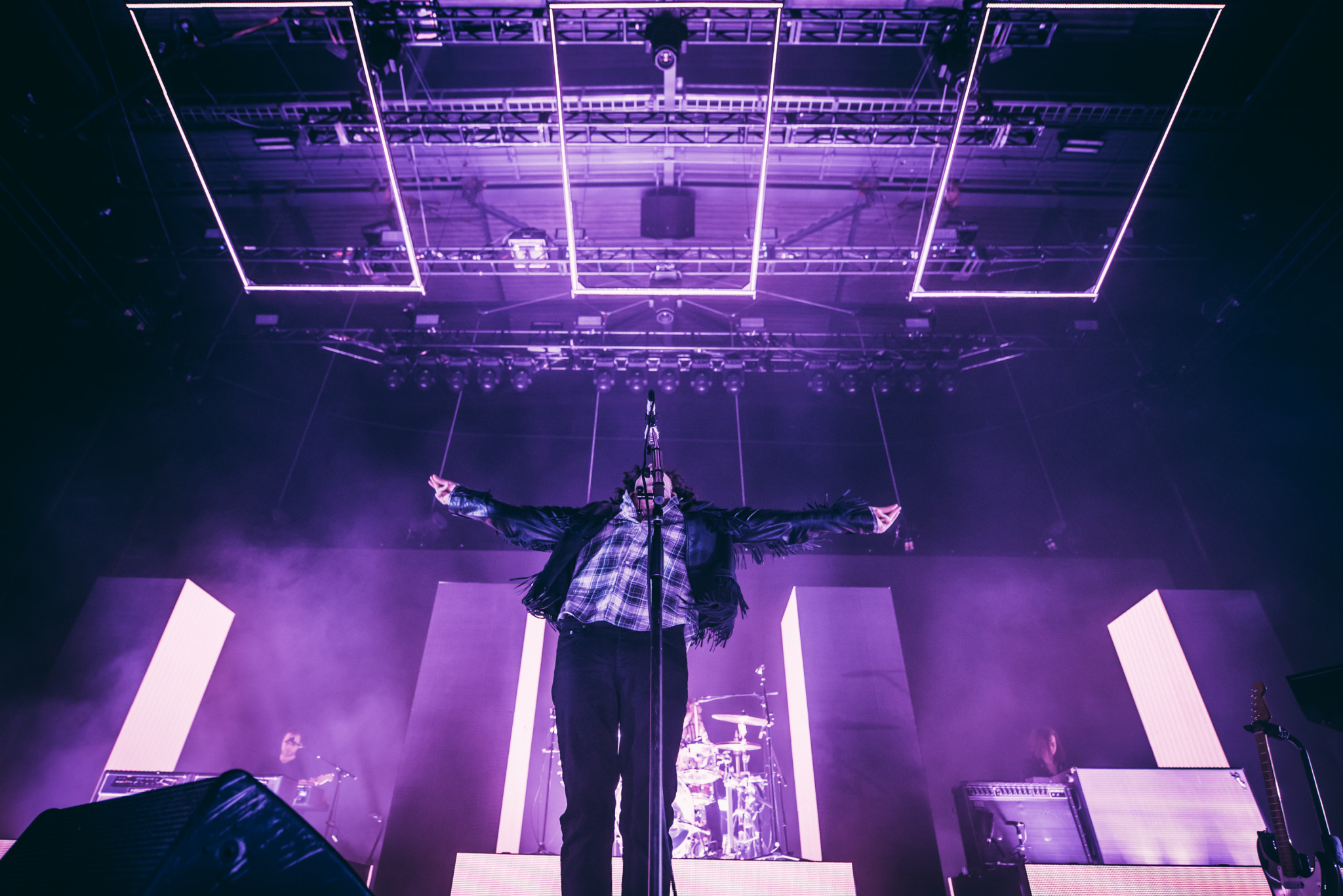 “The way that I write is that we come up with a musical idea and we’ll immediately record it in context. And then I’ll have that instrumental on my phone, and I’ll listen to it when I’m out and about,” he said, as we talked about the band’s latest album. One of the fan favourites, “Somebody Else” was written in an Uber, Healy said. “You have to let [the lyrics] come to you, in a non wanky way, do you know what I mean?”

From indie ballads, to saxophones, and upbeat pop-style synth tracks, The 1975 have claimed the number one album on charts globally, including here in Canada. Impressive for an album written in a much shorter timeframe than their debut.

“The first record was written over 10 years, and the second one was written over about three,” Healy said. “I was in a very different place, people knew who I was. I had artistic responsibilities that I didn’t feel I had on the first one. I knew people were listening, I suppose. So I challenged myself. I was a lot more critical and hyper aware.” 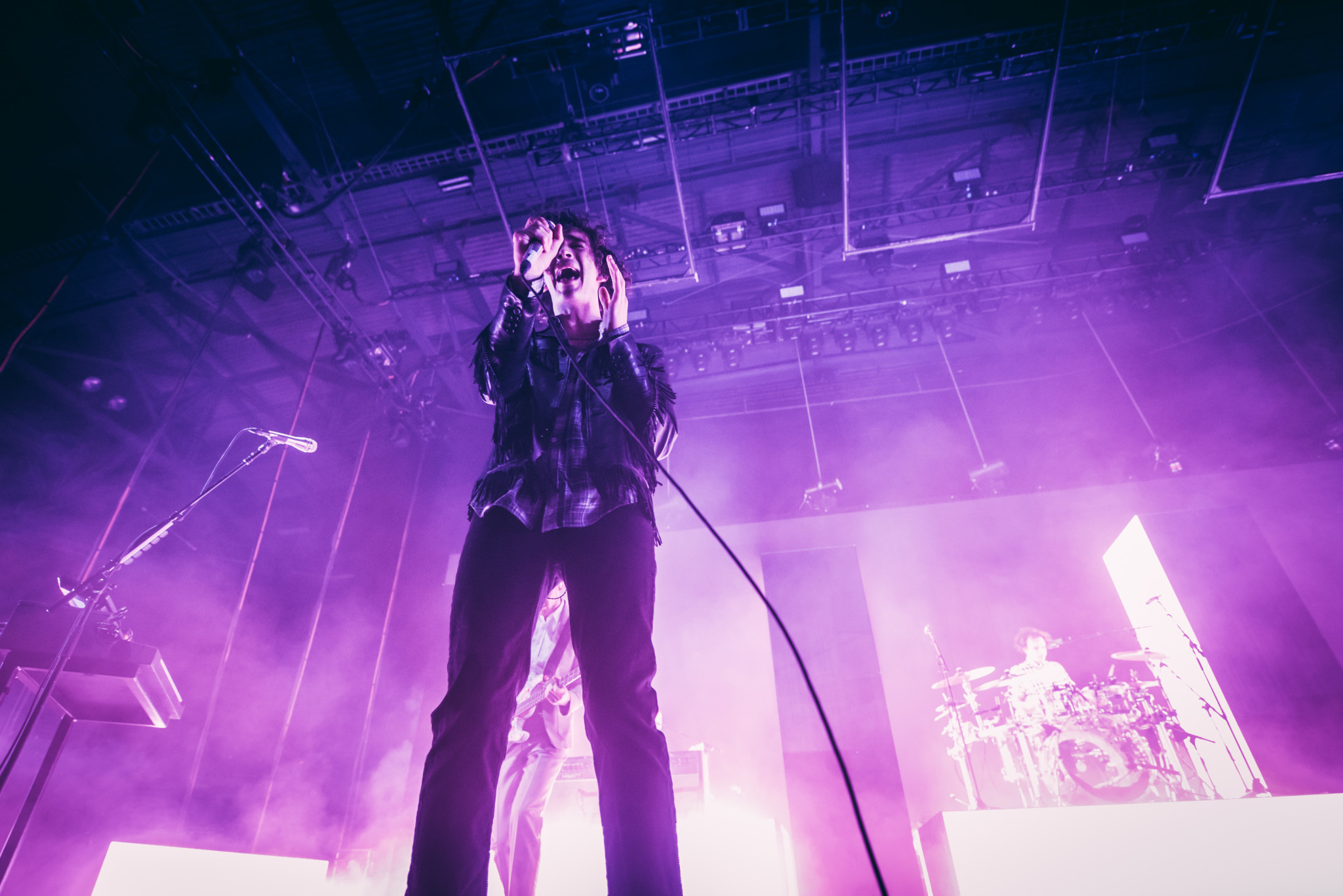 Healy, regarded by many as a modern Rock & Roll sex symbol, is incredibly articulate and his passion for music flows out of him naturally. Since The 1975 seem to be labeled as either pop, rock, or indie, the band doesn’t really need to fit under a specific genre or category.

“We don’t adhere to genres, we don’t make music in one type of genre, because we don’t consume music in one type of way,” Healy explained, adding: “It has to go through a cycle of not meaning anything for it to mean something. It means something in the kind of post-modernism of it in a way that, we create in a way that we consume. In that way, the stylistics or the rules of the genre don’t matter. But in order for that to be an interesting idea, genres have to exist in the first place. So of course genres are important to The 1975, but they’re only important because we need to subvert them. So they’re necessary for us to exist.”

Their lack of genre is also evident in their fanbase, which ranged from young millennials to the middle aged business types. But musical genres, stage persona, and curly locks aside, Healy’s ambition is bound to expand that fanbase while continuing to challenge the boundaries of genres. 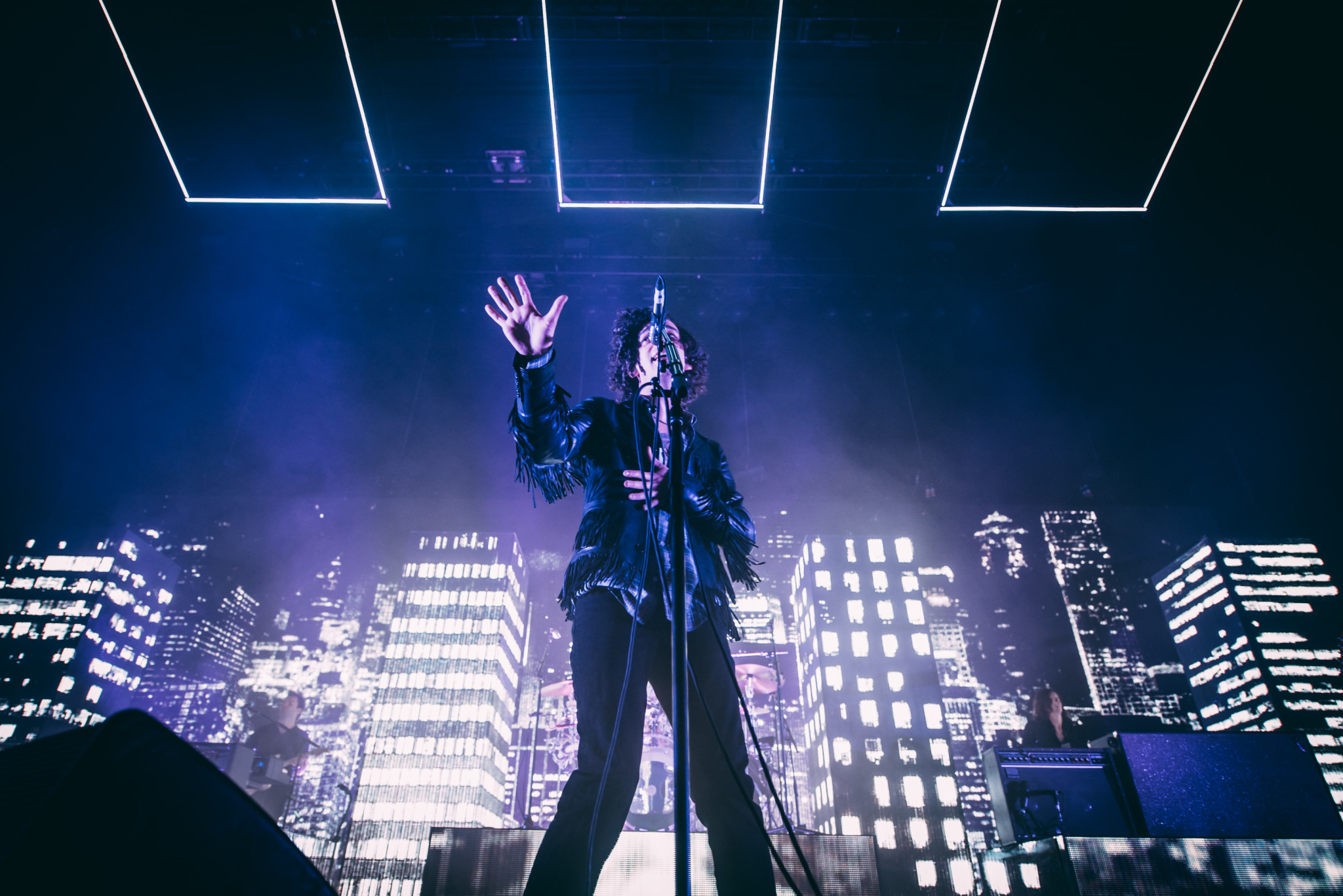 “My ambition is always getting bigger. When we get more successful, more money, more time, I put it all into The 1975. The videos are getting better, the band is getting better, the art is getting better, the live show looks better. It’s all growing. By the time we end up doing arenas or big big shows, it’s going to be very theatrical. I like that there’s a lot of theatre to The 1975 outside of the records, and I really want to bring that to the live shows. I want dance, performance, acting, everything in there,” said Healy. “The record is like a journey through my mind, and I want to do that visually as well.”

Whether that was also the purpose on this tour or not, this mission was accomplished. The ever-changing visuals, dance tunes and ballads enchanted the crowd. As the young band continue to grow, their non-stylistic coherency, energetic live sets, and ridiculous titles will only attract more fans. And soon, Healy’s theatrical idea will be a reality. 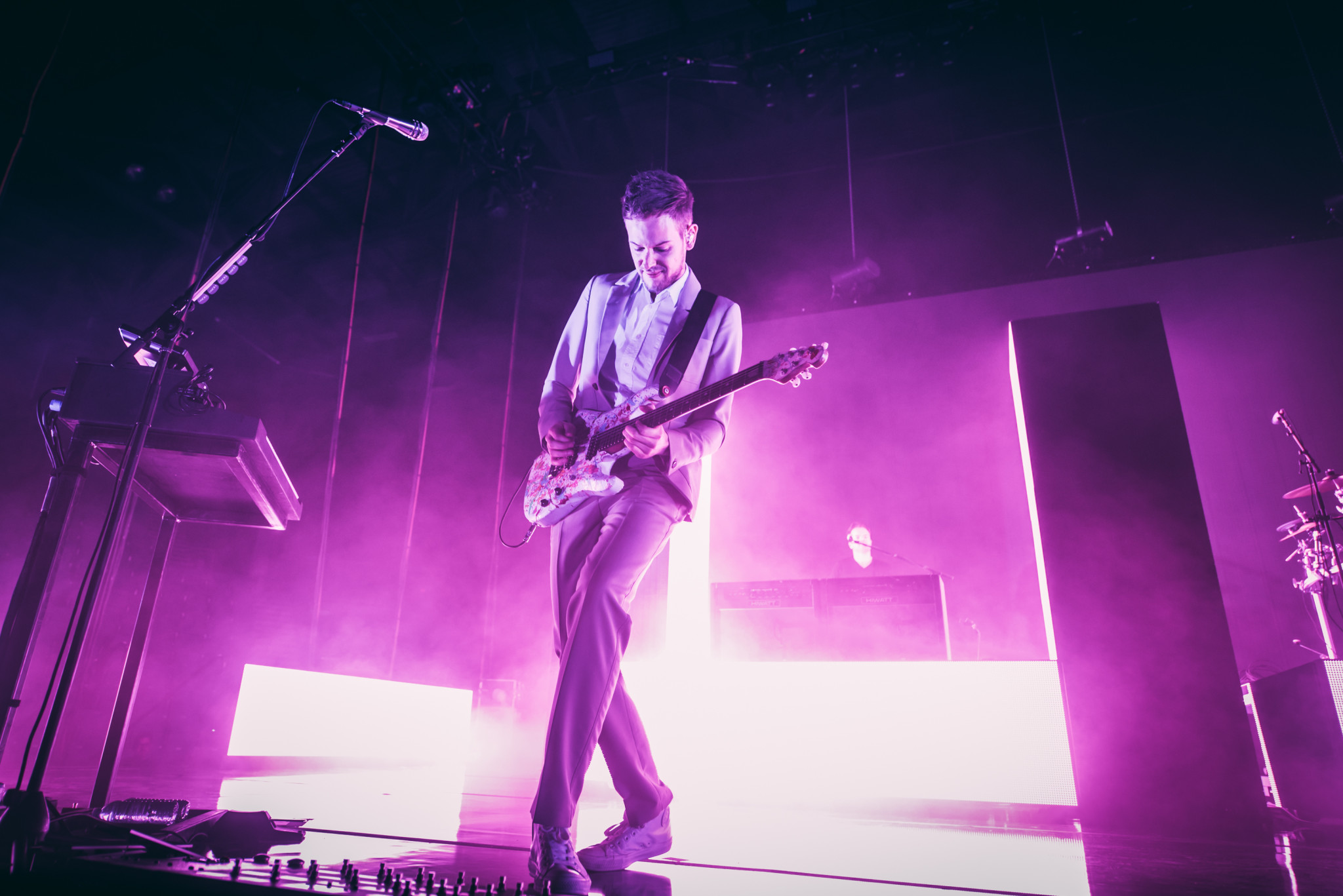 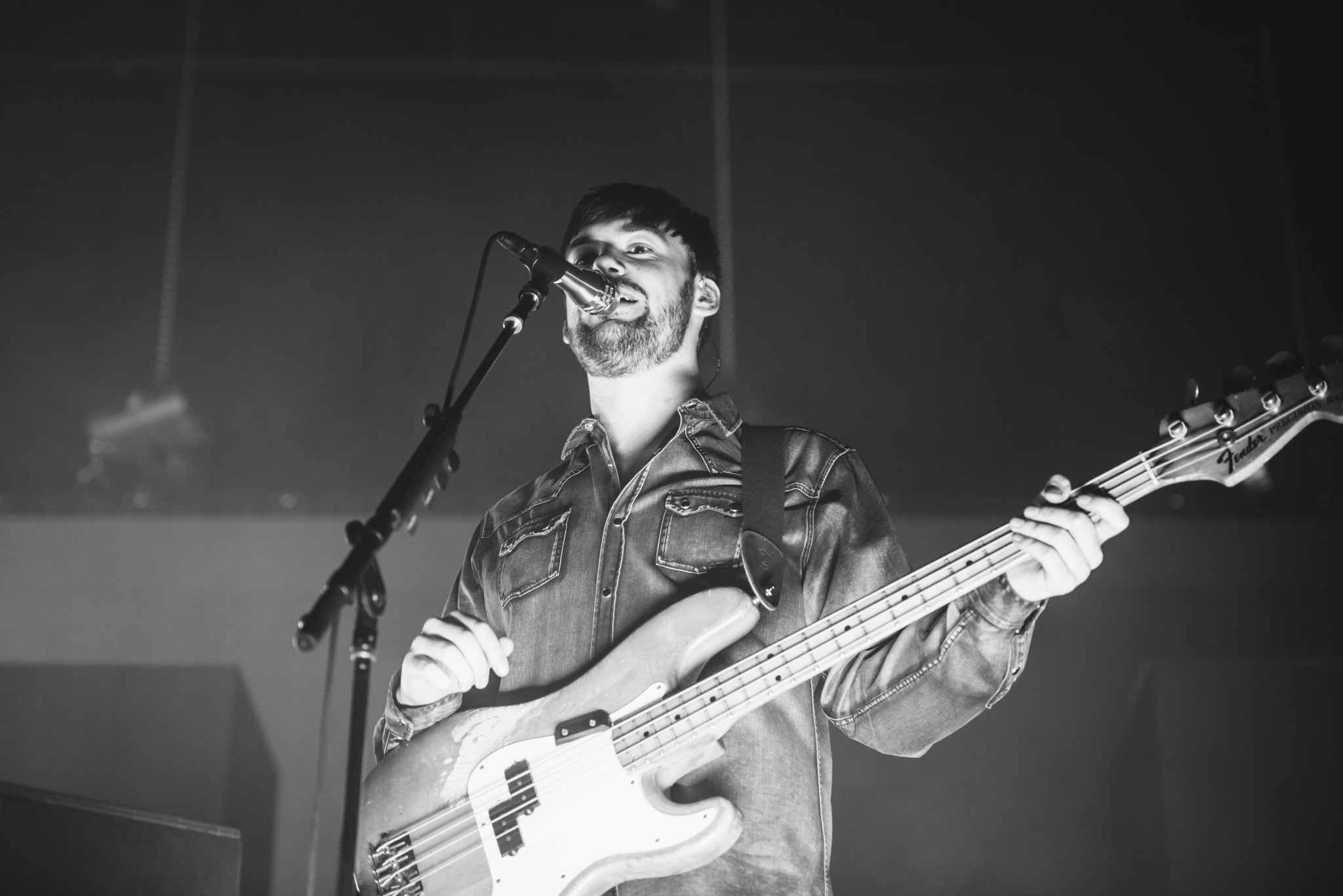 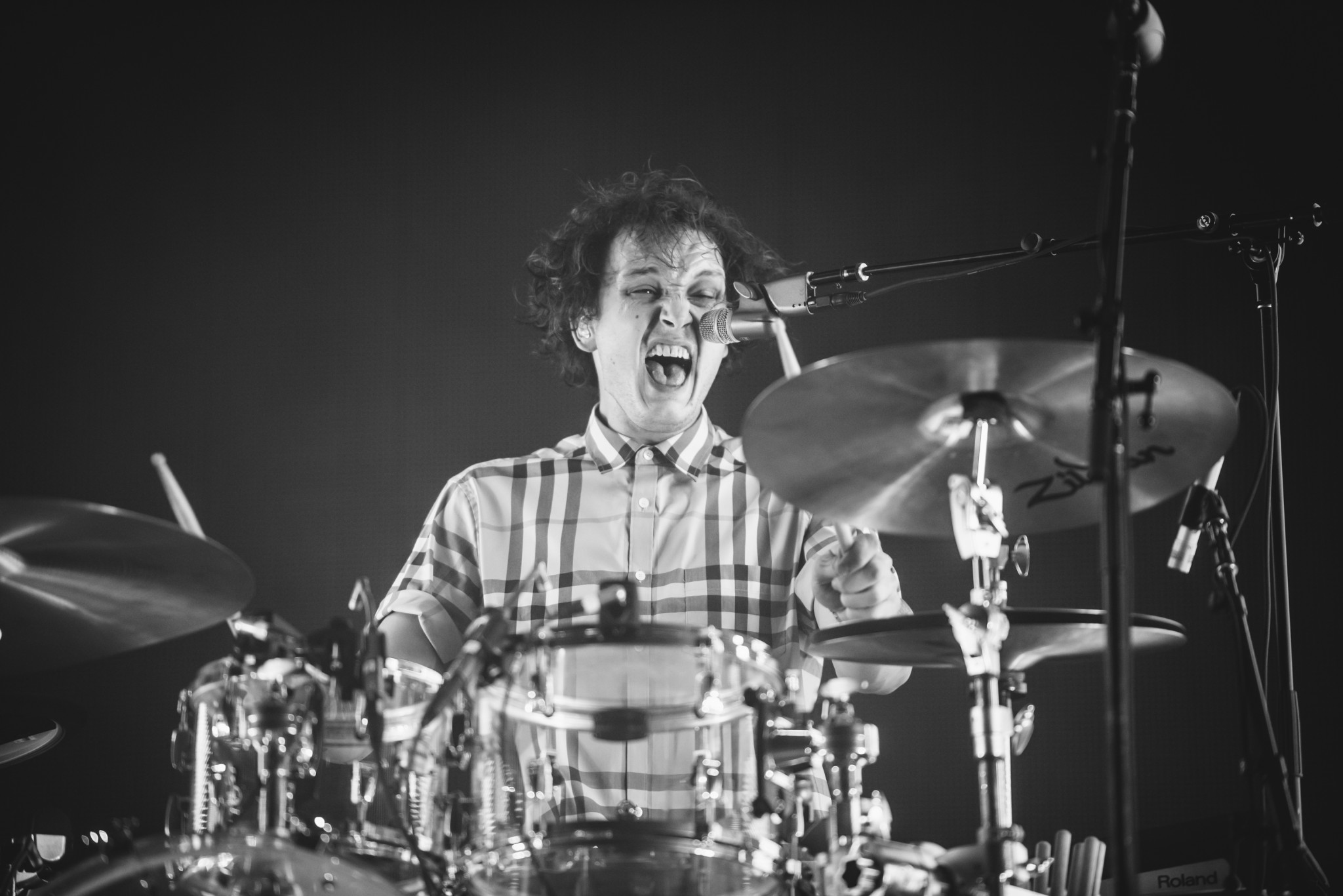 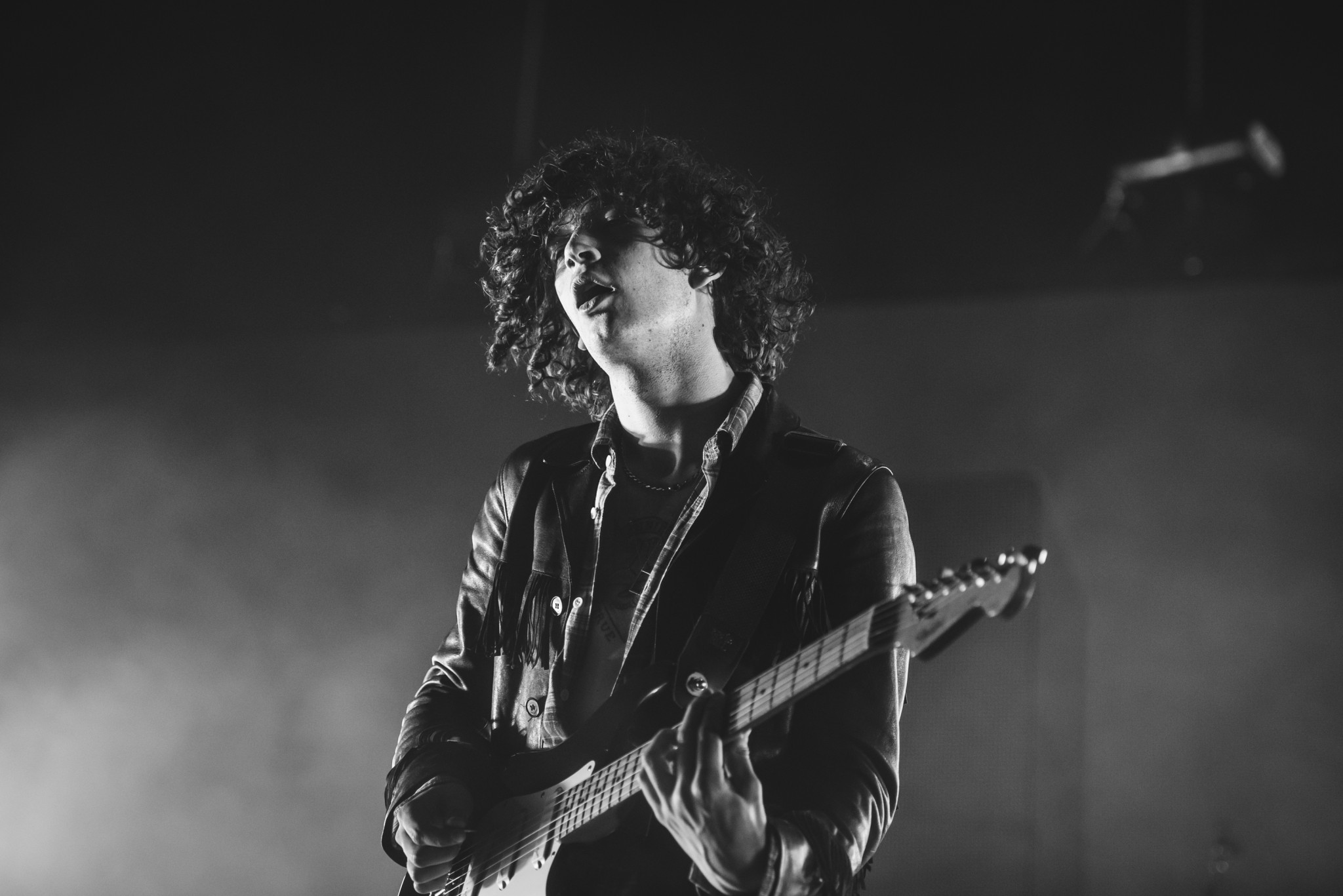 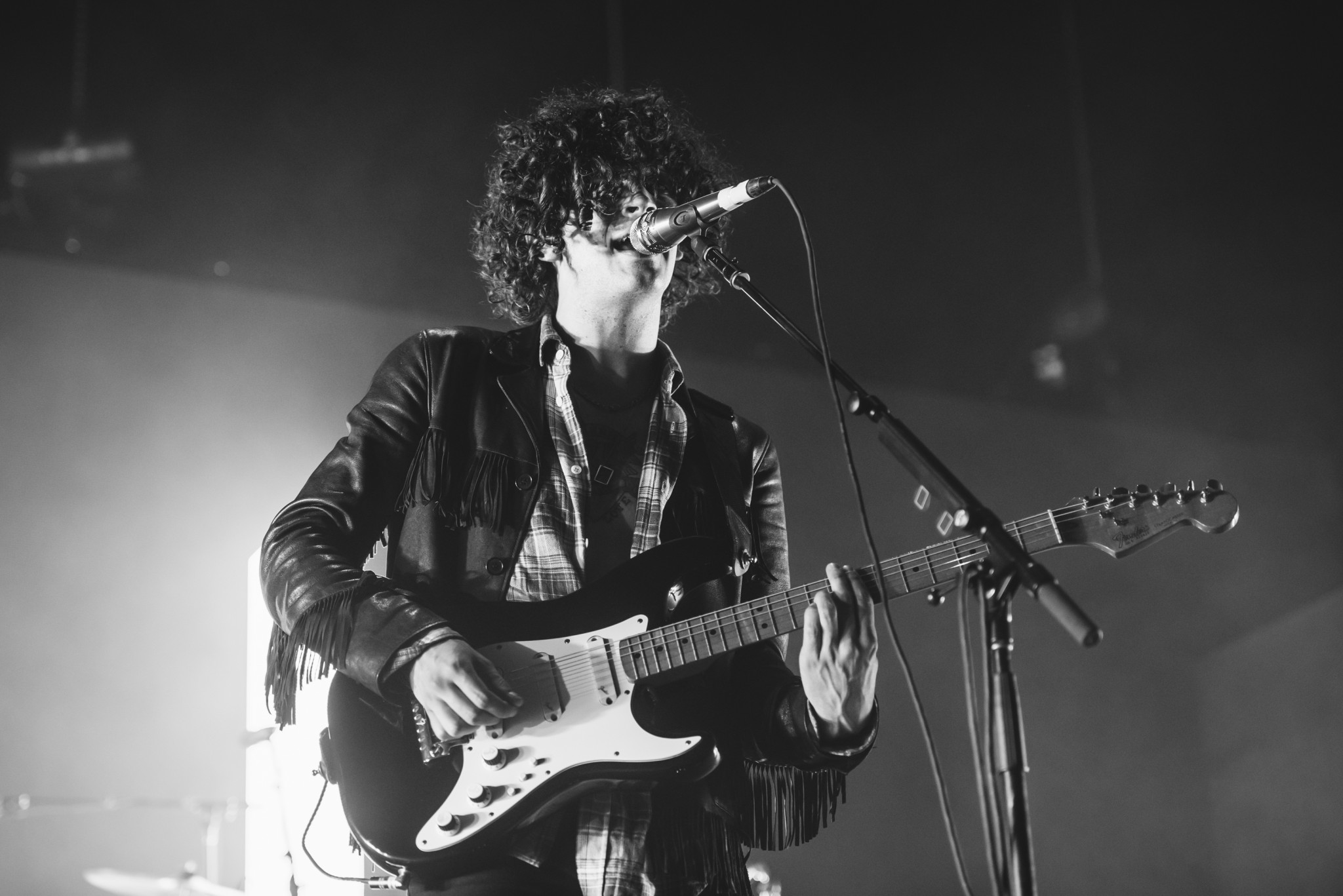 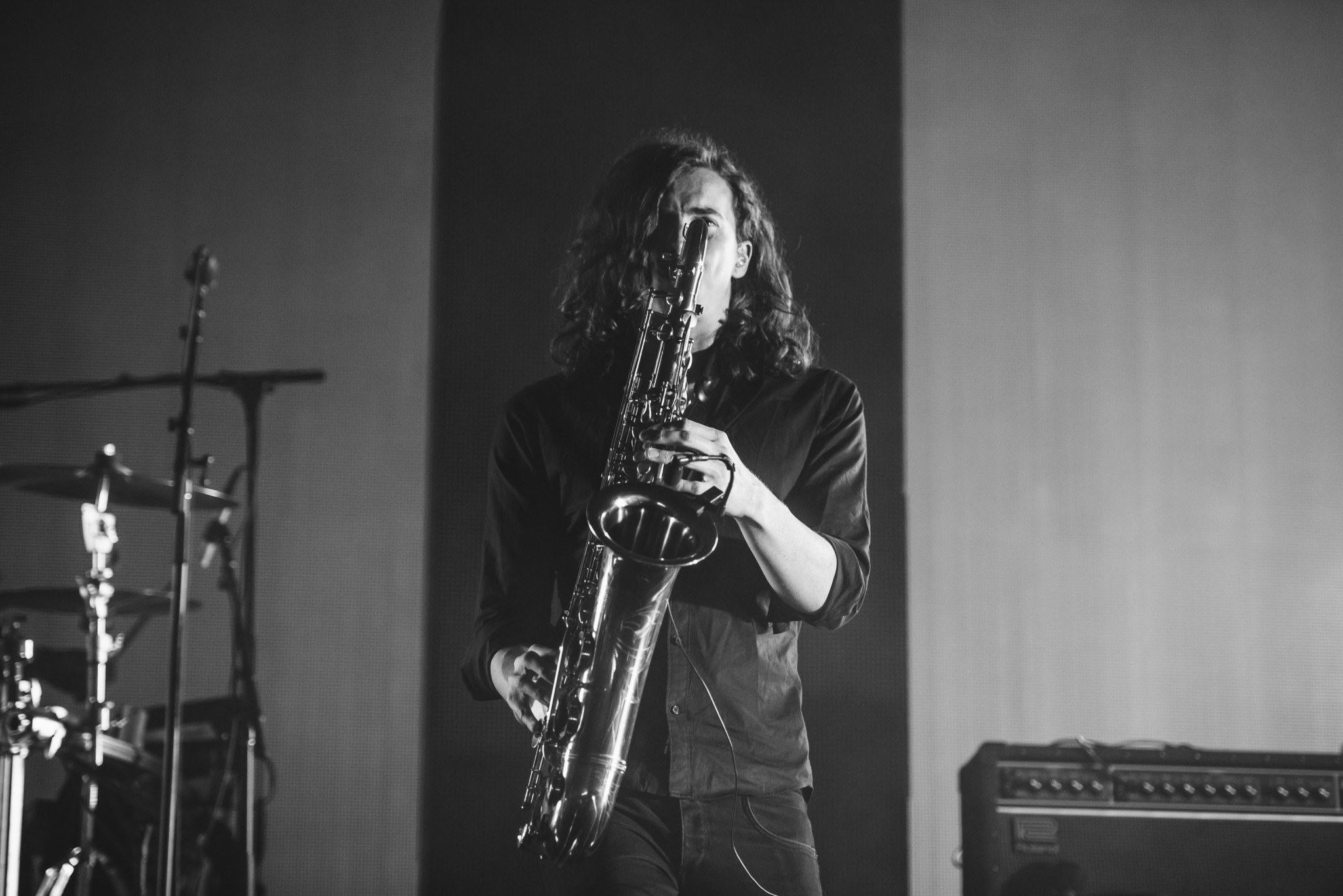