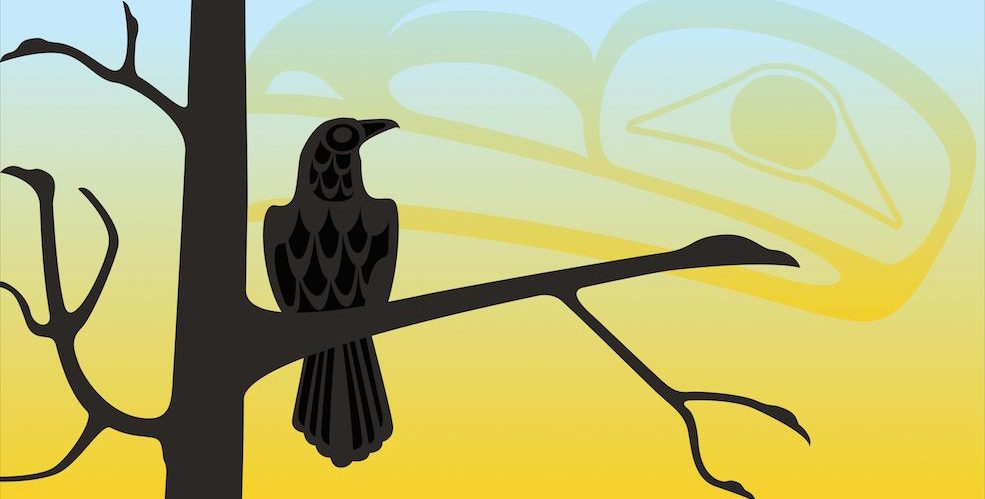 In Peace Dancer, the fourth and final instalment in the bestselling Northwest Legends series, a storm floods the village of Kitkatla after a group of children hurt a crow. The elders, in turn, are faced with the responsibility of teaching their children the values of respect. It’s a lesson in being conscious of the knowledge one must pass down to generations and, also, in compassion — the latter a common thread that weaves itself throughout the entire series of ancient Northwest Coast legends that are co-authored by world-renowned First Nations artist Roy Henry Vickers and Robert “Lucky” Budd.

Storytelling is a fundamental component for Vickers as an artist. His paintings meld the natural beauty of British Columbia with First Nations symbolism, creating a historical and mythical tone to his colourful canvases. Vickers, who is the recipient of the Order of Canada and whose work the province has gifted to visiting royalty like Queen Elizabeth II, also often recites the stories of his culture at the Tofino-based gallery he owns and operates. It was at one such session, where he was telling the legend that would make up the book Raven Brings The Light, that Budd had the idea to turn these stories into a series.

At the time, Budd, who was working as an audio preservationist of oral history for CBC, was already collaborating with Vickers on the artist’s biography. The two had met when Vickers was searching for a tape of stories by Imbert Orchard. “I was so inspired by the story, the way he told it on that particular day and the story itself,” Budd says, “and I had this vision and this feeling in my heart – there [are] books here.”

Raven Brings The Light became the first in the Northwest Legends series, which incorporates vivid, full-colour prints alongside the ancient narratives. “The images have always been part of my thought process or my vision as I’m telling the stories,” Vickers says, “and so as we began to work at these books, we began to realize that we have more than a children’s book — we have a book of artwork and some of that artwork is only available in the book and it doesn’t exist anywhere else. It’s very special.” 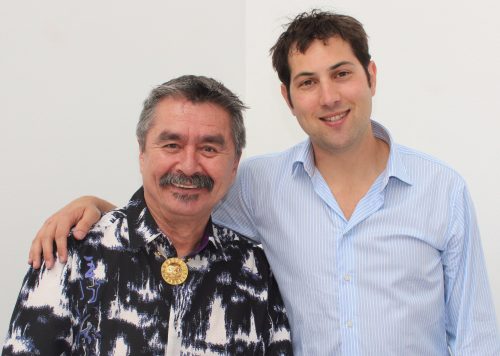 The books, which also include Cloudwalker and Orca Chief, each connect sequentially to the other through a reference to our relationship with the earth and the environment. Light, Vickers says, represents knowledge, and so beginning with Raven Brings The Light was a natural choice. The story speaks of rivers, leading into Cloudwalker’s exploration of how the Sacred Headwaters (the Skeena, the Nass, and the Stikine) came to be. Rivers flow to the ocean, which makes for an appropriate transition to Orca Chief. The progression then arrives at the great flood of the ocean, as described in Peace Dancer.

“In this land-based or earth-based teaching is a teaching that’s found around the world among First Nations peoples and that’s about the teacher, the healer, the visionary, and the leader — the four directions,” Vickers explains. “East, South, North, West, spring, summer, fall, winter, earth, fire, air, water. That tie goes through all of the legends and it unites everything and it’s important today – or perhaps it’s more important today than it ever has been, with all of our technology.”

The environment and “the beautiful world that we live in,” Vickers says, is something that continues to inspire him as an artist. As he prepares to celebrate his 70th birthday this month together with the release of Peace Dancer, he maintains that he looks back with satisfaction at what he’s accomplished — despite some slight anxiety that “if I get to live 30 more years, it’ll be gone in a heartbeat and there’s so much to do.”