One of Vancouver’s busiest touring duo is back in town.

Nick Middleton and Duncan Smith, known as The Funk Hunters, have recently returned from a major tour with Jurassic 5 rapper Chali 2na. Their funk and hip hop inspiration, blended into electronic dance music, is what makes these guys stand out- and what has brought them global attention. Touring over 16 countries, and with a very recent show in Yellowknife in the Northwest Territories, The Funk Hunters have captured audiences through their enigmatic stage presence, live music and bass heavy sound.

The Vancouver-based duo are home, but only for a few days. Middleton and Smith are playing a few local gigs, along with a couple of upcoming music festivals you may have heard of.

And if all these tour dates weren’t enough, The Funk Hunters are also releasing an official remix to Imagine Dragon’s “Shots” on August 7. (Side note: Imagine Dragons are also on tour, and in Vancouver on July 30.)

Freshly back from Yellowknife, I met up with this charismatic, dynamic touring duo to chat about their record label, their city, and, of course, their gigs.

Do you remember your first gig together as Funk Hunters?

Nick: Yes, it was in Victoria.
Duncan: That was our first official gig when we first started DJing. We met on Galiano Island through the Gulf Islands Film & Television School. We started DJing parties on the island there, then we did our first gig in Victoria in 2009.

How was that show in Victoria?

Duncan: It was small. There was maybe about a hundred people there.

Looking at that first gig, and the last gig you recently played in Yellowknife, how different are they to you?

Where was your first show in Vancouver?

Duncan: It would have been in a place called Wood Studio, I think. It was a party we actually would have thrown. I remember when we first moved to Vancouver someone said ‘if you want to get gigs in the city, you should really just throw a party. Book promoters, book other people you’d like to see play, and that will open a lot of doors.’ We first got our name out as The Funk Hunters by just throwing our own parties. That was our first few shows, our parties that we produced.

So comparing that to your last gig here at Commodore?

Duncan: Well there were probably 200 people at those first parties. And then we had 1200 people at the sold-out Commodore with Chali 2na from Jurassic 5 as our frontman/MC. A lot has changed. But I think our vibe and essence of what we were doing when we first started is the same. We make music we love and we share it, and bringing people together. It’s come a long way of doing that on a small scale of a couple of hundred people to playing a famous venue like the Commodore. Having sell-out in the hometown is a pretty good feeling. 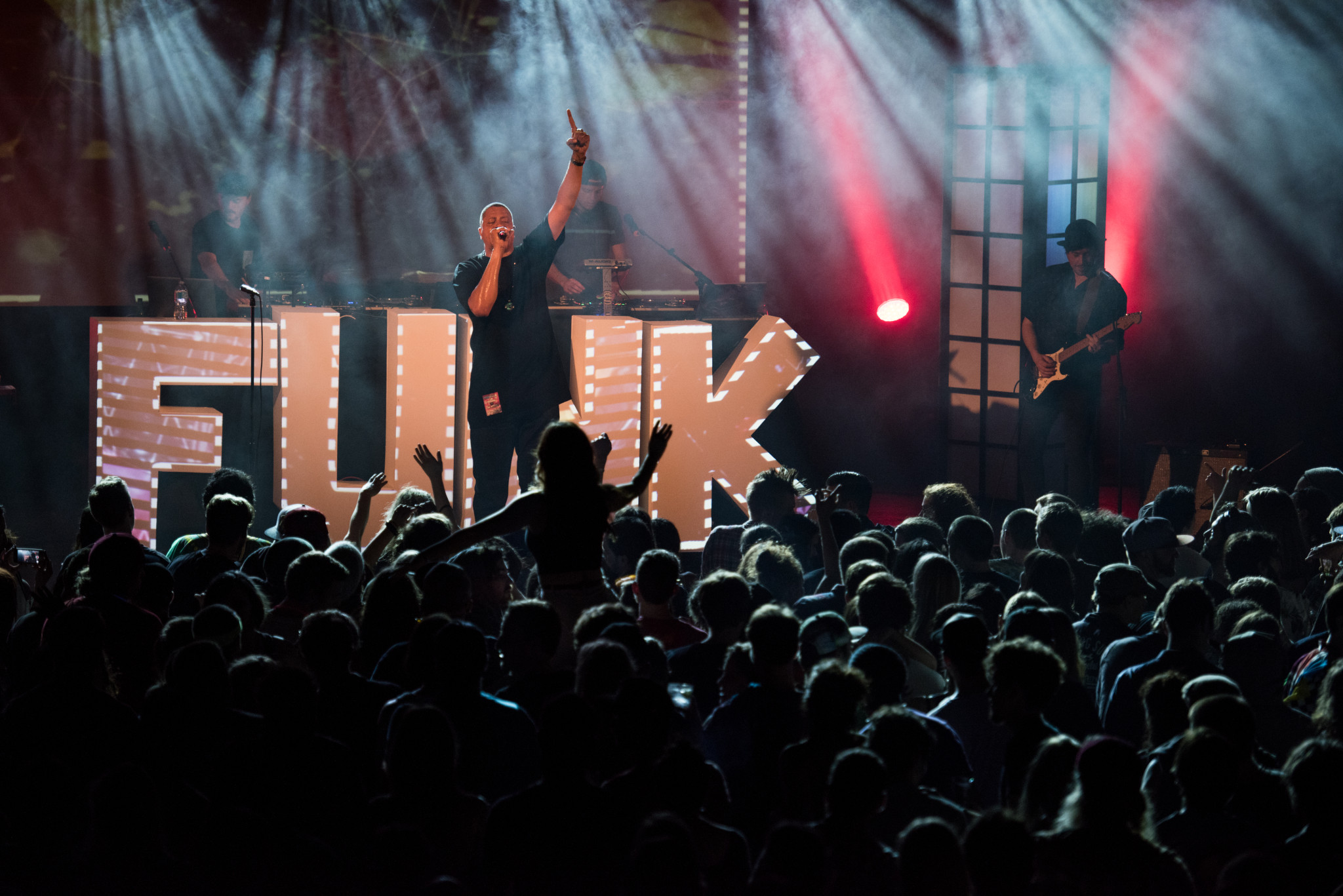 How has Vancouver supported your establishment and growth as duo?

Nick: It’s been a huge part of it. It’s cool to think about the shows, the venues, the promoters. It’s been years and years of performing in Vancouver. But it’s cool to see that every show has gotten bigger, the venues have gotten bigger, the promoter/company we played for got bigger. But also our network of fans, Vancouver has always been so great for us. A lot of the times you hear bands or artists talk about how hard it is to play at home. We’ve always been so lucky that our biggest shows for the last few years have always been at home. Now we get to go play festivals, but when we’re doing just a single one-off club night or an event, Vancouver is still some of our best shows ever. It feels really good just to have the support in our hometown.

Tell us about Westwood Recordings.

Nick: I started the label in 2013 just as a way to properly distribute my own music and from there it just grew. Now it’s home to friends all over the globe. There are artists from Europe, Australia, New Zealand, and Canada.
Duncan: I think we’ve been able to build up a huge fan base as The Funk Hunters and Westwood also allows us to use that support network to push music that we love. Nick’s built up a pretty wide variety of artists within the label, and it gives a home for music. A home where it can actually reach people.
Nick: It’s been very positive. Managed to help out a lot of other artists.

You’ve toured globally, and you’re at Centre of Gravity this weekend, then at Squamish and Shambhala. What’s your most epic touring story?

Nick: A couple of weeks ago we played to 5000 people with Chali 2na at Electric Forest in Michigan. After our set at 4 a.m, we flew all the way back to the coast, got on a helicopter and went to Victoria, then headlined Tall Tree Festival that night in Port Renfrew. That was crazy to do back to back. But that seems to be more and more normal life. We did 13 shows in 15 days a few weeks ago.

And you have a label showcase coming up?

Duncan: Basically since 2009, we have thrown these renegade style unofficial Shambhala after parties. That weekend actually falls on my birthday every year. And after Shambhala, you’d think people are worn out, but it’s actually the exact opposite. People seem to be very charged up from the festivals and they still want more. So we have been throwing these parties and this year we decided to do a showcase with the label and showcase some of the local artists. We’ve done the party at the Imperial for the last two years, which is really awesome.

What are you looking forward to the most once the tour is over?

Nick: Touring never really feels over for us. But it sounds like we’re getting most of September off, so I’m looking forward to that. But mostly I’ll just be in the studio. It never really ends.
Duncan: At the end of that insane run that we did, I got to go on an overnight canoe trip with my dad in Ontario and it was really nice to get away from everything. Touring is really rewarding and really fun, but sometimes it’s nice to get out and go on a hike, and be in nature. I look forward to that.
Nick: And not being in an airport. 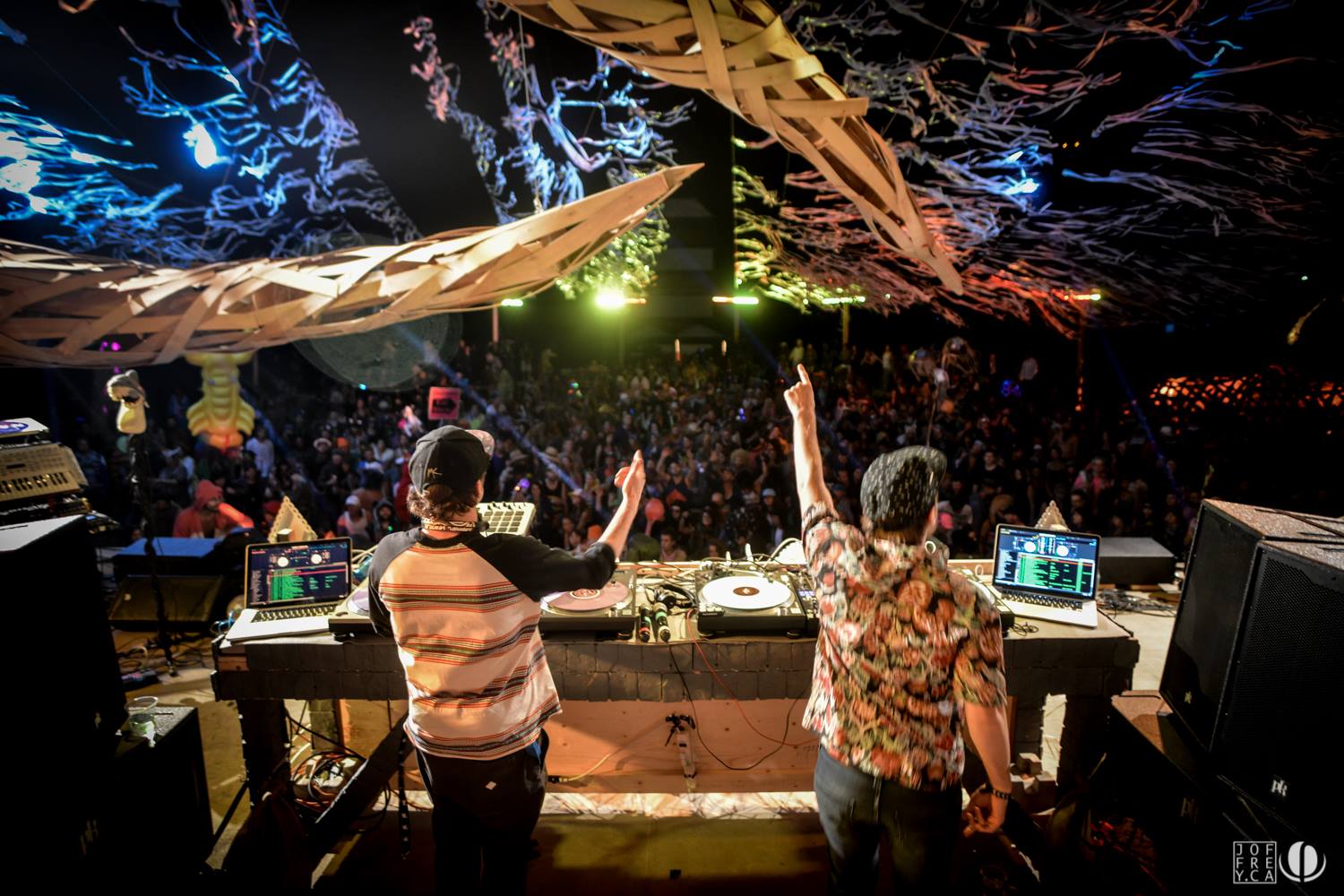 Get dancing at one of the Funk Hunters’ upcoming shows:

July 24 at All Nations Festival in Coquitlam (Free!)

July 25 at Center of Gravity in Kelowna

August 15 at Vancouver’s official Shambhala After Party at the Imperial.