It has taken Rachel Platten just five years of hard work and perseverance to become an “overnight sensation”.

The pop music prodigy released her proper debut album in 2011 and first single “1,000 Ships” made a dent on the adult contemporary chart. A decent start, but Platten really sent big waves into motion last summer with her inspirational anthem “Fight Song”.

After years of relentless touring and recording, Platten’s voice was suddenly everywhere, from car commercials to campaign stops (a certain pantsuit-clad presidential hopeful was seen busting a move to “Fight Song” at a rally last month). The song has been downloaded more than 2 million times in the US alone, and her follow-up single “Stand By You” is a bonafide smash too.

But more importantly, the singer’s message has resonated with fans on a personal level, and many of them have reached out to her via social media to share their own stories of triumph over adversity. Platten has been deeply moved by the response and has performed “Fight Song” in hospitals and as a duet with a cancer survivor on Ellen.

Big song, big talent, and a big heart. To borrow a line from another female-empowerment anthem – this girl is on fire.

Platten is on the road supporting her sophomore album Wildfire and performs live at Vancouver’s Vogue Theatre on Monday, March 28. I caught up with the singer during a tour stop in Minneapolis and got her take on everything from beatboxing to Bieber.

Congratulations on your very first headlining tour. How is it going so far?

This tour has been absolutely incredible so far. Most of the shows have been sold out, I didn’t expect that at all. The energy in the rooms has been insane. Meeting fans and getting to hear people’s stories of how the songs have helped them is just wonderful!

“Fight Song” has been an inspirational anthem for your fans, many of whom have stories about how your song helped them overcome personal challenges. Is it ever tough performing the song live without getting emotional?

Great question. It’s really hard to play the song without getting emotional, but I don’t mind – it’s a beautiful emotion to feel. I basically get to relive those affirmations and reconfirm what I believe every night.

What was your “fight song” growing up?

Gosh, I wish I had a better answer for this…I think “Survivor” by Destiny’s Child or “Perfect” by P!nk…or maybe “Like A Prayer” by Madonna. 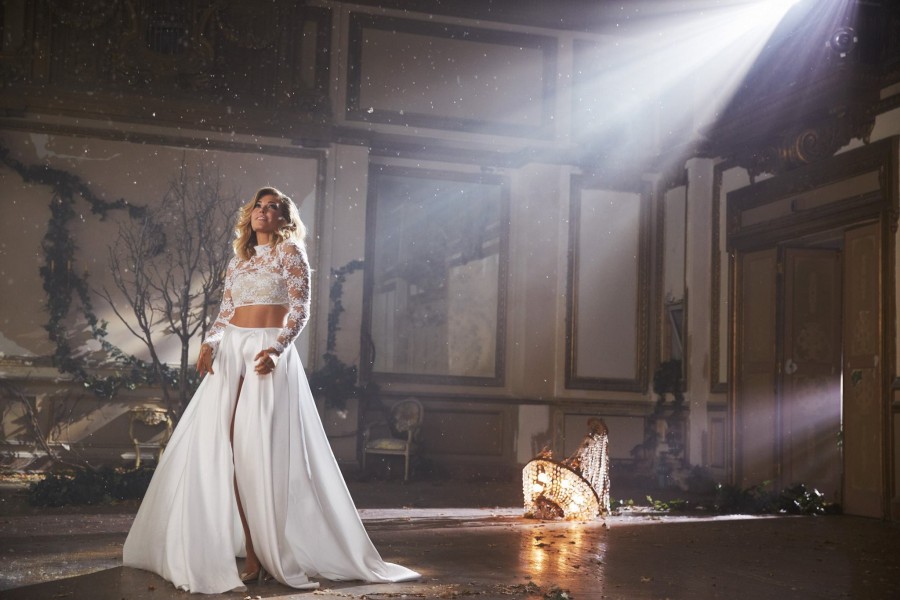 I heard a really cool reggae remix of “Fight Song” at a buffet in the Bahamas. Where’s the strangest place you’ve heard one of your songs?

Wait, what? Where is this reggae version? I need to hear this immediately! I was getting a crown yesterday at the dentist on my day off in Minneapolis, and “Stand By You” and “Fight Song” came on. I was numb and it was embarrassing because the dentists got excited and wanted selfies.

How do you pack for an entire tour, and what items did you bring from home to keep you from getting homesick on the road?

I’ve been touring now for about six years, so “homesick” isn’t really a thing that I think about. But I do know what to bring to keep me comfortable: I bring a pillow from home, super comfy pyjamas, tons of books, candles, diffusers, incense, crystals…lots of things to keep my super hippie heart happy.

I read on Twitter that your band nicknamed you “Boss Crop top”. Where does that come from?

Pretty obvious, isn’t it? I wear a lot of crop tops haha. And I’m the boss I guess. Ha. 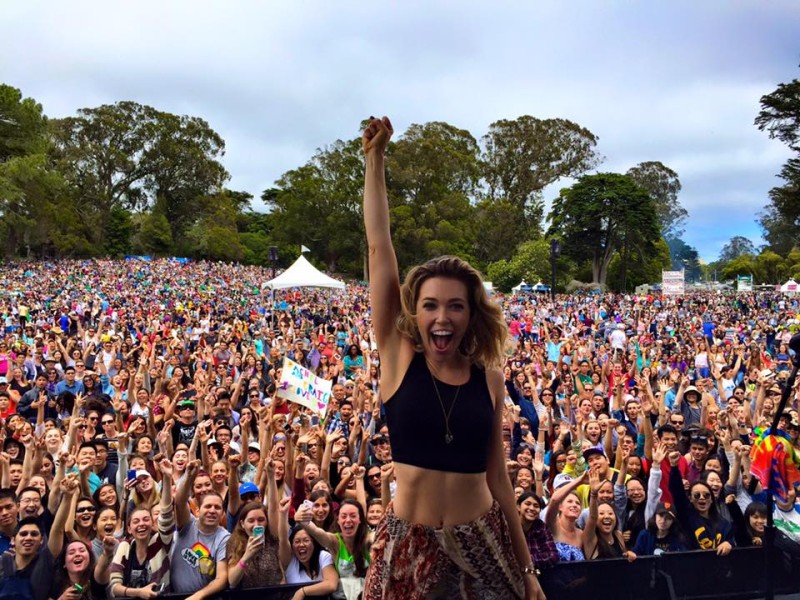 You were in a Prince/Sly & the Family Stone cover band in New York. What were your favourite songs to cover, and will we hear any of them on March 28?

I loved (Prince’s) “Little Red Corvette” and “Musicology”, and “Brown Sugar” by D’Angelo. Those were my favourites to cover, and no, you will definitely not hear them ever again.

Your hidden talent is beatboxing. Any chance we’ll see that?

You’ve been doing a Justin Bieber cover at some of your shows, and when Justin was in Vancouver a few weeks ago, he got his nose pierced at a downtown nightclub. Any similar plans before your Vancouver show?

Yes, I plan to get my nose pierced at the same exact downtown piercing salon. I generally like to follow Justin Bieber’s lead and do what he does.

A few tickets for Monday’s show are still available. Once the tour wraps in April, Platten will film a music video for her next single and then heads to Europe and Asia to perform. She is also busy working with fellow musician Andy Grammer to help build schools in Africa – fans can participate in the initiative by clicking here.