British dance music pioneer Paul Oakenfold spent the weekend in Whistler supporting a local fundraiser at Bearfoot Bistro and playing a secret show at Longhorn Saloon on Sunday. Arguably one of the most influential producers in trance, Oakenfold is also celebrating the 25th anniversary of his label, Perfecto Records.

The three-time Grammy nominated electronic producer has worked with plenty of artists over the last 25 years, from the late Brittany Murphy to Tiesto and Madonna. Known to be the first DJ to play the main stage at England’s infamous Glastonbury Festival, Oakenfold basically lead the way to Cybertfest 2000 and ultimately Electric Daisy Festival in 2010. When he’s not touring, Oakenfold has worked on several film and TV scores which included Californication and The Bourne Identity.

With over 10 million in record sales, over three decades, the British producer has a lot to celebrate with his iconic label – and what better way that treating hundreds of fans to a free show in Whistler over the weekend. The legendary DJ took some time to chat with us while in town, and gave us some good chuckles during our telephone interview.

Before getting a chance to start, Oakenfold asks me where I am in Whistler. I explain to him that I am on a sailing trip, so was on a boat at the time of the call. “No way,” he said enthusiastically. He then asks if I have long dark hair, which I do. “Oh my god, we’re standing behind you. Turn around, we’re standing right behind you,” he said with a surprised tone. I sat there quietly for a second, actually looked behind me in the empty boat, as he began to laugh. “Got ya,” he said laughing. “Don’t tell me you turned around? Did you really turn around?”

And so began my interview with the electronic music legend, Paul Oakenfold. 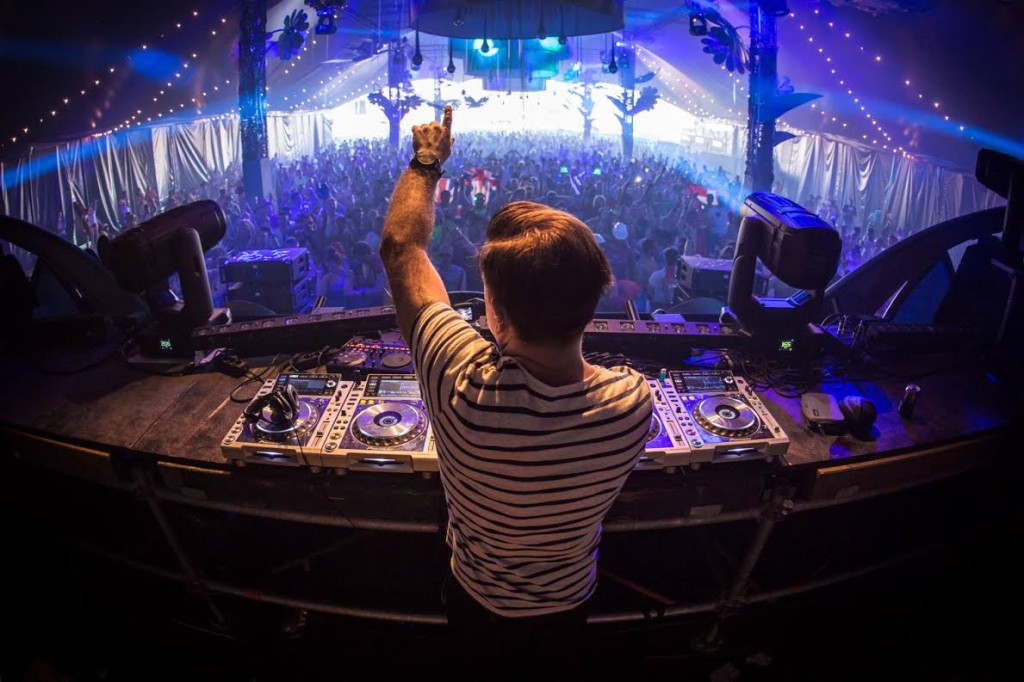 Welcome back to B.C., Paul!

Thank you very much. I love coming to B.C. I’ve been coming here for many, many years, it’s a great place. I’m here doing two shows, one of them is for charity. Over the years, I’ve met some good people. We became friends and they asked if I could come up and support their local charity. Their charity is about supporting the community, so I said, yes I will come and do that.

It must be so different for you playing these smaller shows compared to your normal festival shows?

Sunday [the Longhorn Saloon show] is the kind of show that I am used to, but playing on Thursday in a restaurant [Bearfoot Bistro] was strange (he laughs). I’ve never really done that before. It was also fun, and it was for a good cause and that’s the most important thing.

Do you have a preference whether you like bigger or smaller venues?

Believe it or not, I actually really like playing small places. So Thursday, it was smaller, and I really enjoyed it.

Hey, congratulations on the 25 years of Perfecto Records!

We are 25 years young. I never knew my record label would last that long, but I am very happy to celebrate that. I’m very fortunate to have great staff to make that period work. They should really take the honour because they are the people that have kept the label going and, it’s wonderful.

You’ve seen the state of trance change too from back then to now, where do you see it going in the future?

You’ve played in Vancouver a lot, how do you like playing on this side of the world?

I like playing in Vancouver. Mostly, I like going there generally. Great food, good people, and it reminds me of England quite a lot because it rains (he laughs).

We’re travelling the world for Perfecto 25 parties, sharing the music that the label has made and the artists that have been associated with the label. Sharing that, so it’s good. Sometimes it’s nice to look back and realize what you’ve achieved. I’m very fortunate to have worked with some great artists and some wonderful staff. To look back, which I very rarely do, I’m all about living in the moment and looking forward, so to actually take time out now to think about what the label’s achieved, it brings back many smiles. To share that with the world will be nice, I’m looking forward to it.

Oakenfold and I ended our conversation shortly after, when he laughed and said, “get back to the boat.” And I did.