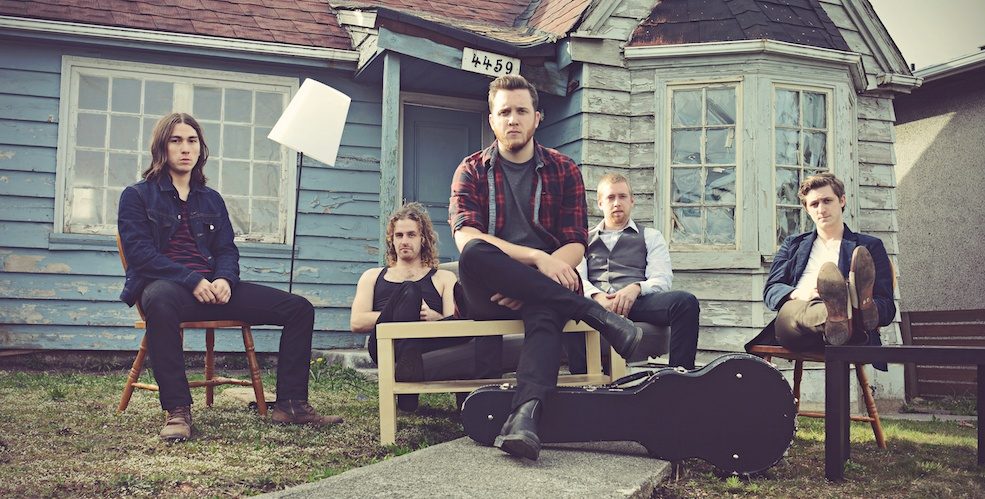 In 2013, Pigeon Park took home the platinum award for 99.3 CFOX’s Seeds competition. The coveted radio prize helped to fund the Vancouver-based rock band’s 2015 EP, Stripes, and, though they’d already been playing together for years, the added exposure blew the doors of success wide open — leading to a tour with Sam Roberts and sharing stages with artists like Aerosmith, Slash, and Collective Soul.

The record was produced by Garth Richardson (Rage Against The Machine, Red Hot Chili Peppers). And while the band maintains that the experience was one they were grateful for and that helped to tune their songwriting process, it left them in a place that didn’t truly represent what they were about.

“When we finished Stripes — we were so proud of it, it was something we learned a lot doing — but we kind of decided as a group that we really weren’t wanting to move into that polished rock direction,” vocalist Nick Weber explains, speaking over the phone from Kamloops.

Pigeon Park is currently in the midst of a tour — something that, Weber says, never fails to provide a refocus-and-fuel for the band.

“You get life experience doing that kind of stuff, even though we’re driving across Canada for the 10th time or something like that,” he laughs. “But it’s that 45 minutes where I have that huge high on stage and, when it’s not there for a really long time, I start to get antsy and just really irritable, because I haven’t been able to express myself creatively.”

In fact, it was after a lengthy cross-Canada tour earlier this year that Pigeon Park’s latest song, “Sunlight Fading Away,” came to be. The track, anthemic with driving riffs, was penned by guitarist/vocalist Logan Pacholok and represents a new chapter for the band in discussing a loss of inspiration.

“I think it could’ve been as a result of being a little lost in how we were writing our music and stuff like that. So, we’re kind of moving away from how Stripes came out and we’re getting back to what we really want to do. This is kind of the tipping point back to that,” Weber says, referring to the bluesy, high-voltage sound heard on the group’s previous work.

Now, Pigeon Park is actively working on new music that will be compiled for an album to be released in 2017. It’s an exciting time, Weber enthuses, not just in that it marks the band’s return to their grittier roots, but also because it will be the first album that new drummer Spencer Burr will be playing on. And, right now, the inspiration is boundless.

“It always tends to come from life experiences,” Weber says. “We’ve all been through some shit in the past year that has definitely inspired, whether it’s lyrics and music. And that kind of stuff is always happening all the time — you can’t stop life from happening to you. Whatever it is. Love, loss, and all those in between.”