Trance music is alive and well, thanks to legends Armin Van Buuren, Markus Shulz, and Above & Beyond just to name a few. And locally, duo Eminence are also doing their part in keeping trance relevant and fresh in the world of EDM.

After a highly successful 2014 that included their first major Beatport release, Eminence returned with a strong start this year. Their latest EP “Universe” was released in February, and their latest single with Soulero ‘Invisible’ came out this summer. Duo Dillon Wong and Mathew “Kaz” Kazmierowski began their musical adventures five years ago, and although from opposite sides of the country, they currently call Vancouver home. Ever since, their stage energy and talent resulted in live performances with Tritonal, Showtek, and Myon & Shane 54.

Besides their live shows and recent releases, the Eminence United Radio Show continues to grow and reach international audiences. The duo’s seamless mix of trance, big-room, and progressive house has gained over 11 million YouTube views, and they are releasing podcasts regularly.

With their latest music video released this week, we cought up with this hardworking duo to learn more about all that is Eminence.

On your Facebook page, it says you were founded on November 21, 2010. Was that the exact date you decided to be a duo?

Dillon: It was literally the exact date. I met Kaz through a friend of ours, through an online radio show. And he did the trance section, and I did the electro section, but I always loved making trance music. We heard each other’s tracks, and the next day we started collaborating and we made a song in a half hour. That’s when we knew it was meant to be. We made up the name on the spot, started our YouTube the same day and that’s how it started on November 21.

Kaz: We were committed to start building our fanbase immediately, since we each had somewhat of a following beforehand, and begin creating music under our new alias.

So although you are technically from Vancouver and Toronto, as a duo, why do you call Vancouver home/why did you decide to move here?

Dillon: Vancouver is where the label is. It is also a very amazing place to live!

Kaz: I think it’s just easier to call one of the two places our home, and I hope to move out there eventually anyway. Dillon lives in Vancouver so he can call Vancouver home.

Congrats on the number one spot on Beatport a few months ago for Universe EP. And the single Invisible, which came out last month, it’s awesome!

Kaz: Thanks! We worked really hard on the EP and were quite happy with the reception both received.

Dillon: Took us almost a year to finish! Very thankful it was well received.

This was your first EP with Monstercat here in Vancouver, what’s it like working with them as an indie label?

Dillon: We’re signed to other labels as well. We’ve had singles with Spinnin Records, Armada, Black Hole, and High Contrast. But Monstercat is literally a family. It’s the way they treat you, the way the payouts work is very fair, they have your back 100 per cent. I feel like there’s no label that can really do that right now.

Kaz: They’ve been good to us since we signed on with them – since the beginning really – and they have always been very good at what they do, which is key. The strong connection with their fans and their multiple means of advertising as well as their social media presence give them a solid foundation for the direction the music industry is taking.

You guys started out as bedroom DJs, years before that became a thing. Back then, did you think you’d be where you are now, five years later?

Dillon: The thing about my personality is I am very ambitious and optimistic, so ever since the beginning, every track we made was like ‘yeh, this is the one.’ We just kept making tracks, and it always gave us that feeling. That was good momentum. I believed it as soon as we made our first track.

Kaz: I feel bedroom DJs have been around for a long time, but on an analog level. We started on the digital level with laptops and midi controllers.  We had somewhat of a vision for what we wanted Eminence to become, but we had no idea where it’d take us.  It’s quite exciting to realize how far we’ve come!

And you now run The Eminence United Radio Show, how did that come about?

Dillon: How we got viral was actually through a mix, which is now our radio show. That’s actually how we got our network with Monstercat. How Monstercat began is they just brought a whole bunch of artists together and had free releases. They knew that we did trance so they kind of did our first official label release. Our mixes and radio show blew up first before our production did, but it’s funny because we produced before we started DJing.

Kaz: We’ve been doing this for a while, although it wasn’t considered a radio show up until about a year or two ago.  Our YouTube mixes have been in the works since close to the beginning of Eminence. Mixing was basically what brought us together before Eminence, but it just so happened that we were producers as well.

What are your plans for the rest of the year?

Dillon: We’re changing up our sound a bit, we’re trying to craft our own sound. I feel like we’re at the point now that we can change it up and stay true to what we really want to make but also make something where it doesn’t feel like you’ve heard before. More like sound design is what we’re concentrating on this year, and pumping out new tracks for Monstercat. We so far have five for this year. It gives us time to experiment.

Kaz: Other than our spot at Center of Gravity in Kelowna on the 25th of July, we plan to continue to create tracks and have more bookings, perhaps even outside of Canada, even North America.

Catch Eminence live in Kelowna on July 25 at Center of Gravity’s Beach Stage. And look out for local tour dates in the near future. 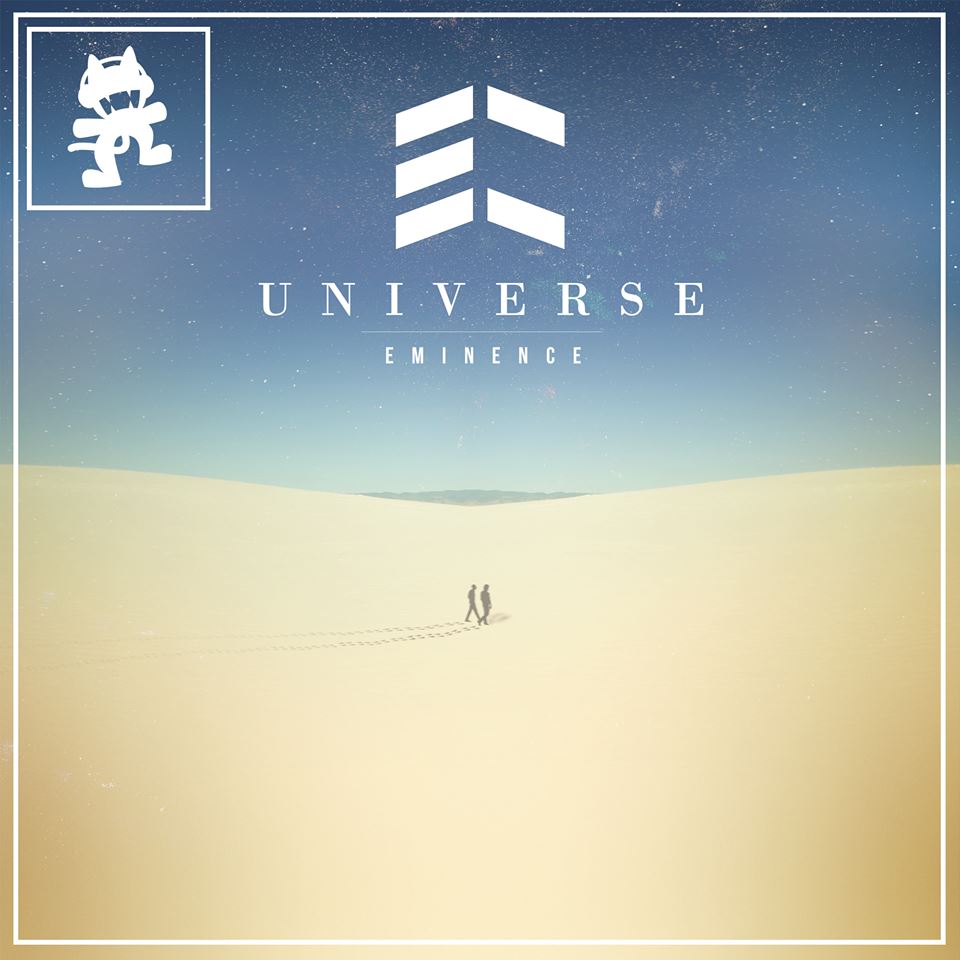