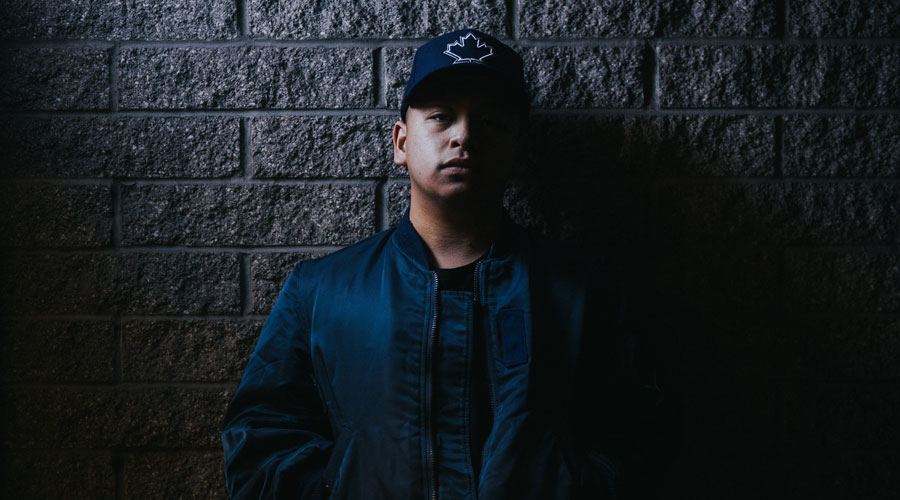 While his parents originated form the Philippines, Kenny Galvez, also known as Kenny Gourmet, was born in Saudi Arabia and moved to Vancouver at the young age of four. Still living in Vancouver today, Galvez considers himself a full on Canadian who played street hockey in the driveway of his childhood home and watched the Toronto Blue Jays on TV.

When asked how he got the name “Kenny Gourmet” he explains, “As a kid a lot of people would call me ‘Kenny G,’ but it wasn’t until 2011 that I started going by the moniker, ‘Kenny Gourmet.’ Back in high school I bought a couple pairs of shoes from a brand called “Gourmet Footwear” and I thought they were the dopest shoes that no one else knew about; so I combined the two names together.”

Know for his clean delivery on tracks and crispy instrumentals, it’s hard to believe that Galvez is only 22 years of age and has already been making music for over seven years. Strongly driven by hip hop and rap, you can hear in his music how much the young artist is influenced by his idols Kanye West, K-OS, and Kid Cudi.

Fresh of off the release of his latest EP Tilde, Kenny Gourmet is set to release three new singles this summer; the first of which being, “Like A Movie.” We got a chance to sit down with Galvez to chat about his music style, his influences, and his thoughts on the Vancouver music scene in general.

When did you first start making your own music?

I was always intrigued in music as a kid. I tried everything from songwriting, DJing, to guitar lessons but I started creating original music and recording at the age of 15. Before even making rap music, I wanted to be in a four piece rock band in elementary school.

Did you ever go to school for music?

I never went into any formal schooling for music, but I did take guitar lessons in grade 6 with a family friend who was in high school at the time. I always regret not practicing and continuing with it. He passed away four years ago when I was going to school for audio engineering which made me realize how big of a part he played in me pursing music as a career.

How would you describe your musical style?

I would say my musical style is easy listening but as a genre, I’d classify myself broadly as pop-rap. I’m more concerned about the melody than the lyrics most of the time, sing all of my own hooks, and rap all of my own verses. “Like A Movie” is a new direction that I am taking with my music and is also the most fun I’ve had making music lately with my team, Uptown Paradise. 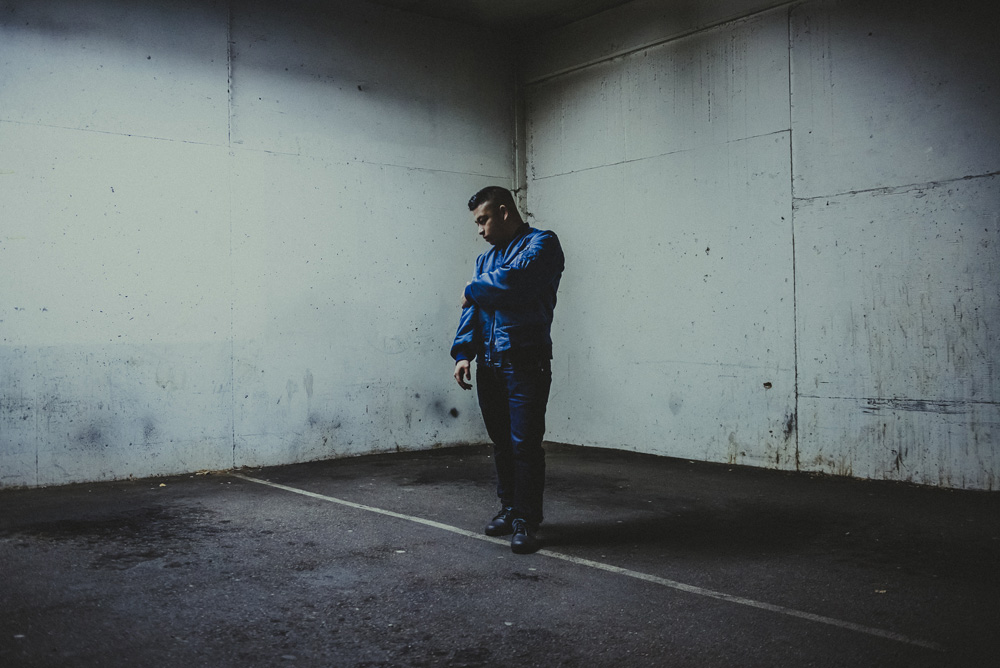 You work in a studio as a recording engineer as your day job. Working in a such a creatively demanding environment for other people, what drives you to put in all those extra hours to continue making your own music?

When you put in so many hours from the past seven years into music and end up choosing a career in music, it becomes your life. Music is the first thing I think about when I wake up and it’s the last thing I think about before I go to sleep. After I’m done working on other people’s music at my day job, I dedicate the rest of my day to my own music. My end goal is to have my own music become my main job and to have recording and engineering for other artists be a part-time job.

Generally speaking, your music is solely produced by you. Why is this important to you?

Actually, all of my beats aren’t totally produced by me. I honestly don’t have the patience that beat makers have to sit down and go through a million sounds to create a beat from scratch. I usually work with other producers then add my production and flavour on top the track (electric guitar, keys, vocals). I feel like I naturally end up producing pretty much every other aspect of the song myself due to the fact that I lock myself in the studio daily from 9 pm – 3 am when no one is around; I usually end up just doing everything on my own by default. 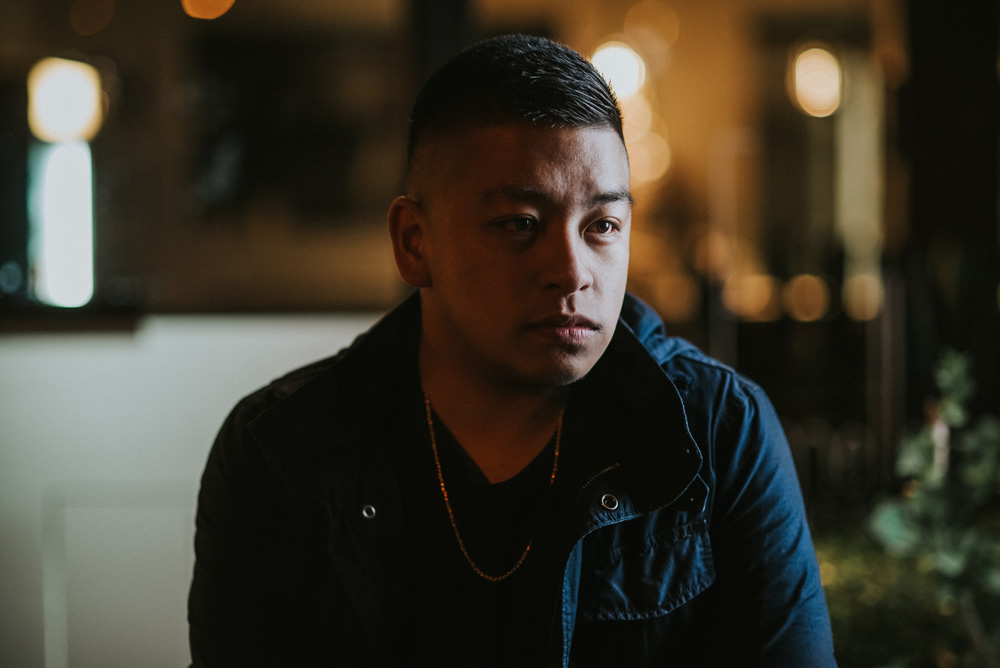 You’ve worked with a bunch of Vancouver based musicians and producers in the past few years like N.D.T., Brevner, and The Zolas. What is your opinion on the current state of Vancouver’s overall music scene from your perspective?

Personally I feel like Vancouver has a lot of very talented artists, musicians, and bands. Vancouver has a very tight and close knit indie scene and it’s crazy to see some bands blow up in the past couple of years like The Zolas. The hip hop scene isn’t that much different, but I feel like it’s a lot more cliquey.

Do you think the Vancouver scene is a help or hinderance to your own personal music career?

I feel like Vancouver is both a help and hinderance to my music career. It helped me develop this chill West Coast vibe I have in my music and I’ve also been able to develop a lot of relationships with people in the industry here. Vancouver is a great place to develop and hone your craft, but there’s only so much you get out of making music in Vancouver; especially with Hip Hop. 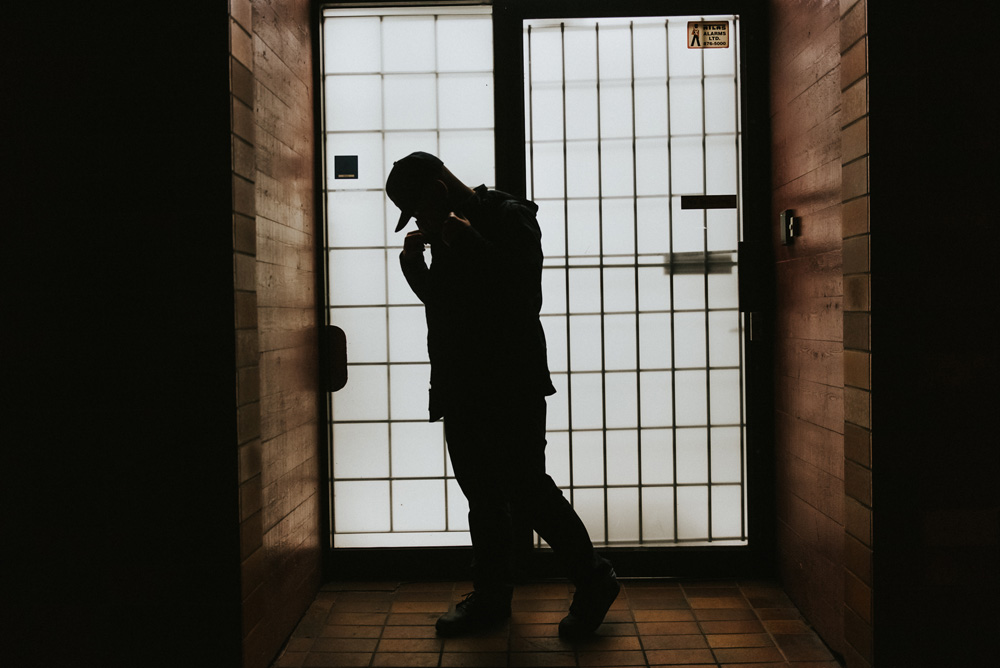 Would you ever consider leaving Vancouver to pursue your music?

LA would be the ideal destination for me (for mostly weather reasons) but I feel like Toronto would be the logical place to pursue my music. I’d like to based out of Canada, especially with the booming scene Toronto has.

Tell us about the latest EP you released, Tilde. What inspired you to start that project?

Tilde was a very interesting project. I usually curate projects and albums based on the events that are going on with my life at the moment. Even before I made any of the tracks or started on any demos, I already know I wanted to create a dark rap album with Coldplay guitars. With my little knowledge of playing the electric guitar and basic music theory, I was be to accomplish playing the electric guitar on every single track of that album. 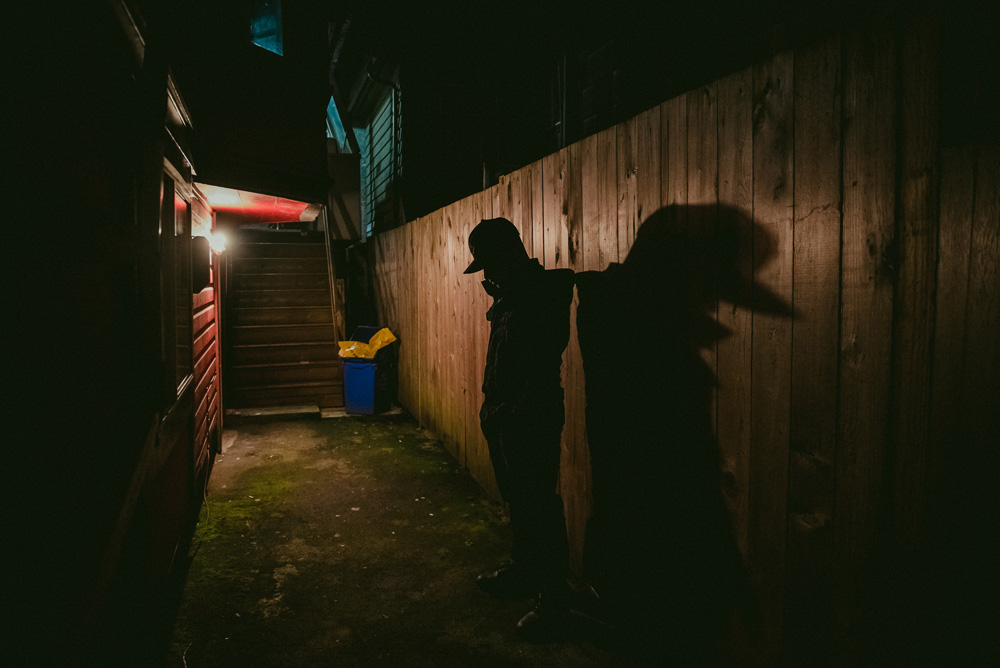 You also put on a lot of Vancouver talent on Tilde. Did you already have relationships in place with everyone you worked with on that album?

I was working with N.D.T. and Withinroots as an engineer on the album they just released called 2 Years Back at the time. N.D.T. created the instrumental of “With The Tide” one of the nights that we linked up. It was one of the first songs I had for the album and after that, I worked with other producers that matched that same dark atmospheric vibe that I had envisioned.

If you could choose anyone in the world to do a collab with, who would it be?

If I could collab with anyone in the world it would be HAIM. I’ve been a fan of these girls’ songwriting and instrumentation since day one. Maybe they could even teach me a thing or two on how to play the guitar, haha. 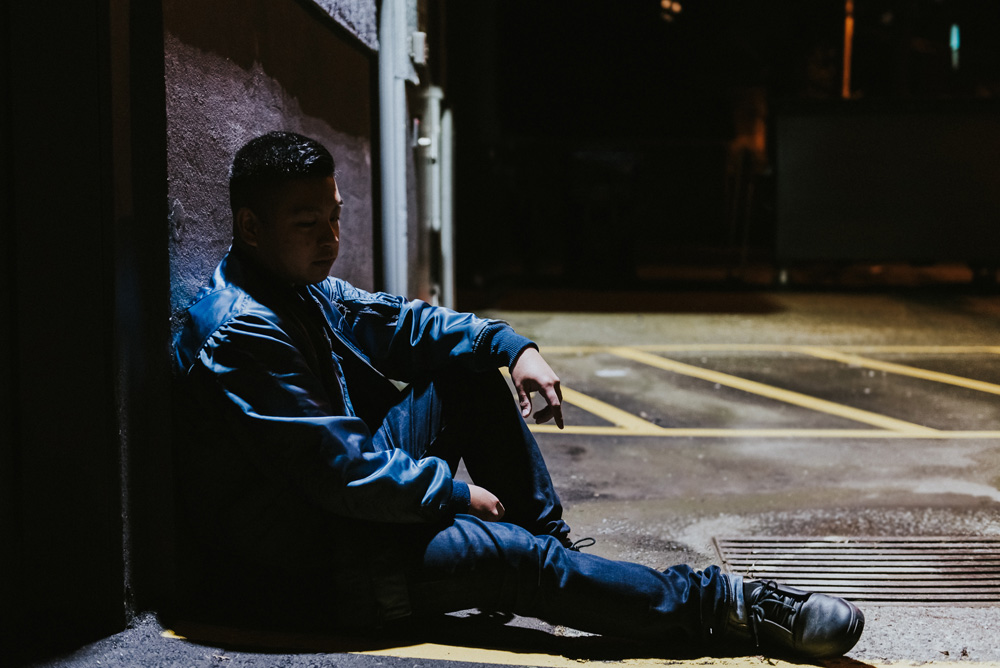 Tell us about your new single, “Like A Movie.” What is this track about? What were you inspired by when you were writing it?

The track is about going through cool and exclusive moments and events in life that you could see happen in a big budget movie. I am a very visual person and when I would look at things, I would think to myself “this would be a sick scene in a movie or a tv show”. I was inspired to write this song because I’ve seen and been through a lot of cool and crazy things these past couple months.

What are you working on next?

I am planning on releasing three new songs this summer including “Like a Movie.” This new project titled the “Gourmet Summer Playlist,” is not an album but a collection of songs to bump in the summer. I’ve been working with a couple different producers from LA and Paris in creating this new project. “Like A Movie” is produced by LA producer Eric Summers with additional production by myself and the cover photo was taken by LA photographer Nick R. of killthecity.