This summer FEED THE GODS was shot locally here in Vancouver. Check out the interview with Producers Liz Levine and Adrian Salpeter below.

CP: What initially attracted you to the project?

RB: We believe strongly in director Braden Croft.  Braden, combined with how the idea of a bigfoot movie fit into the current marketplace was the selling feature for us. A really good bigfoot film has not been made in some time and yet the mythology surrounding the creature continues to grow. We believed there was an opportunity here.  And it doesn’t hurt that here in Vancouver we’re in the heart of bigfoot country!

CP: Your lead actor, Tyler Johnston just won “Best Newcomer” at the 2013 UBCP/ACTRA awards. He’s obviously a great actor, but why did you think he’d be right for your project?

RB: Braden really wanted Tyler from the moment he first started envisioning the film.  Tyler is a fantastic actor and a consummate professional so it was a no-brainer for us to cast him.  It was a pleasure to work with him. 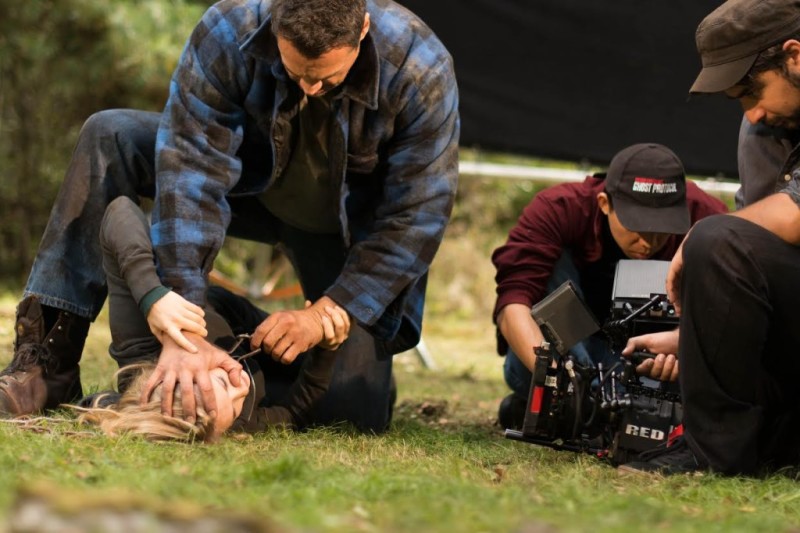 CP: How did you go about choosing the rest of your cast?

RB: We had a great casting session with Kris Woznesensky and Kara Eide who were an invaluable part of casting process. The film’s star, Shawn Roberts, came to our attention through his manager in Los Angeles. Many of the supporting cast we knew personally and were excited to work with so we reached out to them directly.

CP: I understand that director Braden Croft also wrote FEED THE GODS. Do you feel that you were on the same page with regards to the vision of the project?

RB: Filmmaking is a team sport and often requires negotiation and compromise to keep pace with many moving pieces. The vision came together through a series of script drafts and long discussions and with the support of our talented story editor, screenwriter Nick Citton.

CP: How did you go about finding your distributors and was it a lengthy process?

RB: At Random Bench, we are fortunate to work in both Canada and the US.  On the heels of our success with Braden’s first film, Hemorrhage (which sold out of Fantasia International Film Festival in 2012) we attracted financiers and sales agents for Braden’s next film.  These sales agents have already sold the film to multiple distributors around the world including XLrator media (http://www.xlratormedia.com/) in the US.

CP: Have you submitted to any festivals? If so, which ones are you hoping to get into?

RB: Since we already have distributors on board and have pre-sold the films to multiple territories the discussion of festivals is one that we will have as a group during final delivery of the film.  Obviously the big international genre festivals like Fantasia International in Montreal, Fantastic Fest out of Austin, and Sitges in Spain are high on the list. As Canadians and TIFF alumni, it would be a pleasure to screen this as part of the TIFF Midnight Madness Program.

CP: I’ve been following your Kickstarter Campaign and have noticed it ends on January 19th.

RB: It does! And we’re more than halfway to our goal so really hoping that people can jump on board in these last couple days and take advantage of the opportunity to support the project and even buy themselves a producer credit or one-of-a-kind bigfoot costume crafted by Ravenous FX! 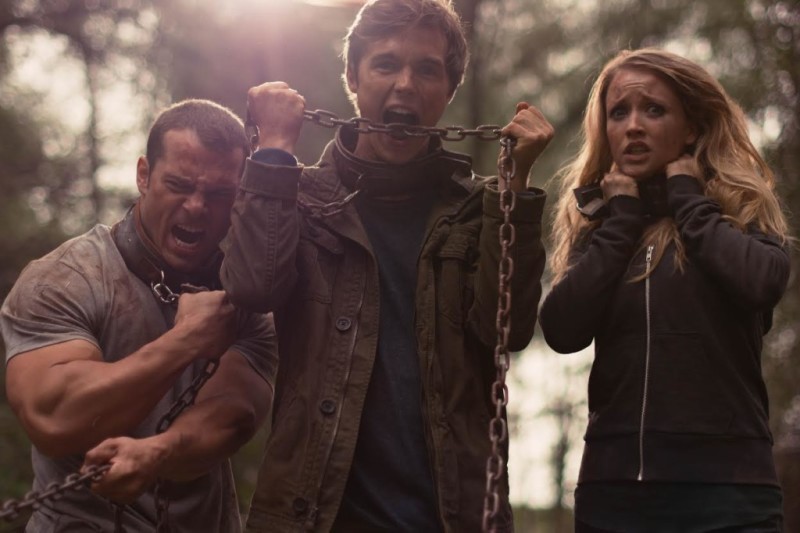 CP: What would you believe to be your biggest success with this project?

CP: You shot in Vancouver. Do you think the tax credits were an asset to your film? If not, how could they be improved upon?

RB: We did not use tax credits as it was not of much value at this micro-budget level.  That said, we love working between countries where we have access to US financiers, talent and producing partners along with Canadian soft money.  Most importantly for us on FEED THE GODS, we love our talented Vancouver team including our co-producers Robin Nielson and Danielle Stott-Roy, our talented cinematographer Naim Sutherland and the whole FEED THE GODS crew who committed themselves to the production of a first class motion picture.

CP: What stage of post-production are you in?

RB: We have just completed the rough-cut and will be moving ahead in the coming month(s) with score, vfx and sound design.  It’s coming together very well and we’re excited.

CP: Music is a huge part of the picture. Who do you have in mind to do the score?

RB: We have hired Genie and Gemini award-winning composer Patric Caird to create the score. Suffice to say we cannot wait to hear how his work elevates the film.

CP: How did you like doing a film of this genre and would you do it again?

RB: This is our 3rd genre film in 18 months.  For us, it’s all about story and both FEED THE GODS and our recently released US theatrical feature TOAD ROAD (from director Jason Banker, executive produced by Elijah Wood) are elevated narratives that transcend the genre.

CP: What’s your next project?

RB: Random Bench has a robust development slate with both film and television properties. Book to film adaptations include: Douglas Coupland’s HEY NOSTRADAMUS written by Michael MacLennan (Bomb Girls) and directed by Peter Webber (Emperor, Girl with the Pearl Earring), Graham Masterton’s THE CHOSEN CHILD to be directed by master Polish filmmaker Borys Lancosz  (The Reverse). Book to television adaptations include Kristen Mcguinness’ 51/50 The Magical Adventures of a Single Life currently in development with Original Film (The Big C) and CBS Studios Television. We have a number of original scripts in development and are always looking to read new material. 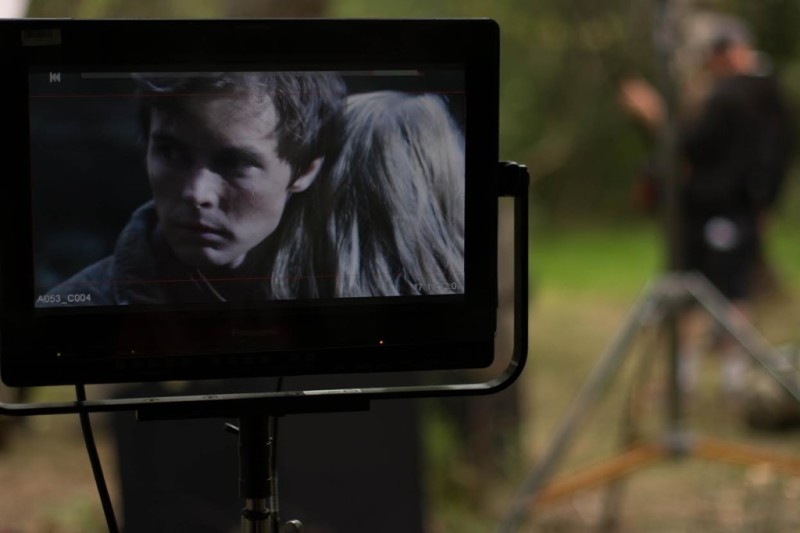 CP: How did you two meet? When did you decide to become business partners? Why did you call your company Random Bench?

RB: We met at Queens University in Kingston, ON where we spent many hours together on a particular park bench, dreaming up the idea that would eventually become our film/television production company and award winning boutique creative agency Random Bench (Check out our site below to see our agency’s award winning movie poster campaigns for a variety of clients). The industry has a very specific rhythm and this makes for frustrating and exciting times, it is a constant up and down, so it’s great that we have each other to count on.

CP: Where can we find more information on your production company?

RB: Please check out the links below.

Check out the Kickstarter Campaign for FEED THE GODS FILM: http://www.kickstarter.com/projects/1591666547/feed-the-gods

Written and set stills photography by Courtney Paige Theroux. See more of my work at www.courtneypaigephotography.ca.