Seth Rogen and Evan Goldberg’s The Interview now pushes near $5 million in box office and over $15-million in the internet box office.

As the controversial film continues to make headlines, there is an increasing amount of buzz for up-and-coming Vancouver-based actress Diana Bang who plays as Propaganda Minster Sook Yung Park.

Vancity Buzz spoke to Diana about her biggest role yet, and possible bigger ones to come.

Tell us about your character Sook—what personality traits required the most practicing?

My character Sook is Kim Jong Un’s Propaganda Minister, and she is the one who shepherds Aaron and Dave through North Korea. She is intelligent, strong, determined and badass. She’s also got a lot of love for the North Korean people. Since I don’t speak Korean fluently, and the North Korean dialect is quite different from the South Korean dialect, I had to enlist the help of my mom and her friends to try to nail down my Korean. I definitely needed to practice, however, I had the benefit of hearing Korean from a young age so it wasn’t as hard as going into it completely cold.

Given your past work (Bates Motel, Sorority Wars, etc.) did this feel like your breakthrough to more prominent roles?

To be honest, I thought Sorority Wars would be my breakthrough role. Every time I got a bigger role, I thought it would lead to my next bigger role. And in many ways each role has done that for me even if they were smaller than the ones previous, as I got to have more time on set and got more comfortable being in front of a camera. But, the life of an actor is fraught with instability and non-work for most of the time, so whether this leads to more prominent roles in the future, I’m not sure, but I hope it does!  At the end of the day, I got to be in a big Hollywood comedy, playing against some of the funniest people in the business – I can’t complain, one of my biggest dreams has already been fulfilled.

What’s it like being a Vancouver-based actress? Would you say the industry is similar to LA or harder? 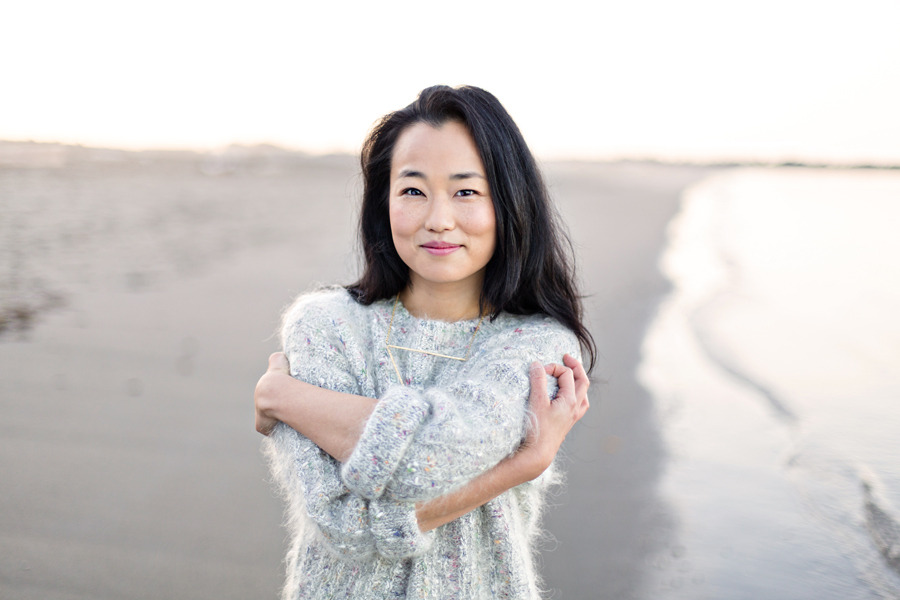 I love Vancouver actors! They work so hard to get the roles they can. Vancouver is a great place to start your career because I do think it’s easier to get the smaller roles here and even some of the bigger ones.

But the truth of the matter is, that most productions cast those bigger roles out of LA, so I do think an actor has to try the LA market if he or she wants to take it to the next level.

While there are way more opportunities in LA and a greater variety of roles, the competition is stiff and it’s easy to get lost in the city where everyone is trying to be an actor or work in the film industry. However, it is also inspiring to see everyone there working so hard to birth their creative projects.

I guess what I like about Vancouver, besides the comfort of being from here, is that not everyone is trying to pursue a film career. I like the balance.

So you don’t actually possess an accent when you speak English (although it’s incredibly convincing in the film). How hard/easy was it to put on a fake accent for the movie?

It was quite easy for me to do the accent as I’ve been exposed to it from a very young age. However, I am terrible at all other accents! They all start to sound horribly offensive and kind of East Indian.  I lucked out on this film.

Vancouver has one of the largest populations of Korean diaspora in Canada. What were some reactions you received from Korea-Canadians towards the movie?

For the most part, they were excited for me. And the rest, didn’t care. Many of my Mom’s friends asked me to help them get a role on the film. I told them it didn’t exactly work that way. I think many Korean-Canadians were delighted to see other Korean-Canadians/Americans in a Hollywood movie. The producers were adamant about getting actors and extras that were of Korean heritage to play the North Koreans, which is pretty damn cool.

A lot of families were separated after the Korean War. Was your family affected in that manner as well?

Not that I know of, but my Mom has friends who have siblings still in North Korea. I can’t even imagine how devastating that would be.

What was your reaction to Sony’s initial cancellation of the film? And the intense media coverage that came with it?

I was just like everyone else, finding things out on the news. It all seemed too surreal for me to even process, so more or less, I was just trying to gather as much information as I could and was constantly reading the latest news updates. Overall, it was an unfortunate set of events, that in the end, turned out positively with everyone being able to see the film.

What were some highlight moments on set you’ll never forget?

I loved hanging out with everyone – seriously, the best crew and team! Since it was shot in Vancouver, I got to work with lots of locals (including a cousin of mine) and also friends (ie. Paul Bae) that I had worked with previously, but this time getting paid and with delicious food on set!

I also loved all the action sequences I got to do, and the transformation into a North Korean propagandist was pretty stellar. I’ve never played the strong, intelligent love interest and have usually been relegated to playing the techie or quirky office worker, so this was a milestone for me. I have to give shout outs to the make-up, hair and costumes team for helping me with the transformation. They made me look and feel badass!

How was it to work with Seth Rogen?

Wonderful! He is so generous and made me sound smarter, look sexier and seem funnier. I couldn’t have asked for a better director/producer/acting partner. He wore all hats with high grace.

How strong was the bromance between Rogen and Franco?

It’s palpable. They just collaborate so well with each other and easily riff off of one another. It was definitely a highlight to see them work together.

What’s your next move from here? Do you plan to stay in Vancouver or are you looking to relocate?

So far, I’m staying in Vancouver. All my connections are here and I just love the Pacific Northwest. Who knows, though? I’d love to take a jaunt elsewhere for work and/or travel. Maybe Pyongyang? Maybe.