Three-time Grammy Award winning jazz singer Dee Dee Bridgewater is in town this month at the Chan Centre, along with Irvin Mayfield and his New Orleans Jazz Orchestra. Mayfield, fellow Grammy winner and renowned trumpeter, originally founded NOJO to celebrate the history and modern rebirth of jazz in New Orleans. The pair will lead the orchestra in performing songs from songs from Bridgewater’s new album, Dee Dee’s Feathers.

Vancity Buzz sat down with Dee Dee Bridgewater to talk about her work and influences:

Bridgewater has a particular fondness in working with big bands, having started out with one at the beginning of her career. NOJO, she says, is an exceptionally fine big band, made up of vibrant and young musicians. Also notable is the re-introduction of the banjo into the 18-piece jazz ensemble.

Bridgewater has also worked with Irvin Mayfield many times leading up to this partnership and tour. Mayfield was at the helm of the creation of the New Orleans Jazz Market – the city’s first jazz centre. “The area, called Mid-City, is now beginning to see an upswing after Katrina, but was quite devastated for a long time after the hurricane. Irvin decided to put this building in the area as part of a community outreach effort.”

At the groundbreaking of the now year-old building, Bridgewater approached Mayfield with an idea: she wanted to create an album specifically for the community, cementing her close working relationship to Mayfield and NOJO. Dee Dee’s Feathers was only supposed to be sold at the New Orleans Jazz Market, but “it sounded so great that when I was playing it around, people said I should do it as a commercial project.” 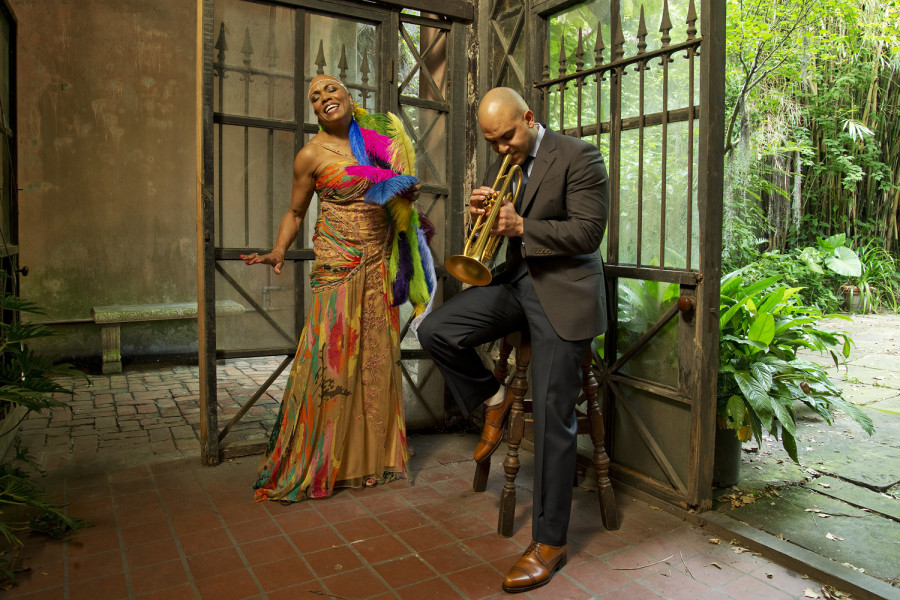 Now in the midst of moving to New Orleans to join that musical community, Bridgewater is looking forward to a more hands-on teaching role at the Jazz Market’s educational program. Mentoring younger artists has always been important to Bridgewater; teaching artists about the business side of things and helping them decide their future direction. Bridgewater chuckles fondly at this point, saying, “I am now working with a young jazz singer who calls me Mama Dee Dee.”

Bridgewater is passionate about “taking away the blinders from their eyes” so that emerging artists understand just how much work is involved. “You can’t just fall into the music industry and be an overnight success. Everyone who has done it has worked very hard at it.”

This lesson is something Bridgewater knows personally. When she first moved to New York, an early opportunity with Thad Jones landed her singing with his big band. Bridgewater had no prior training and didn’t read music, but Jones “taught me everything that I know about hearing and performing songs. He would tell me when to start after how many measures, and when to stop.”

She also had to learn, early on, how to properly project her voice to be heard over a full big band, which usually consisted of many brass instruments at full blast. “My [career] was more get into the situation, be hired for a gig, and then learn about the gig.”