They came, they saw and they brought the country. One of the most dynamic new country music talents, Cory Marquardt, and new country duo King & Cash talk about breaking onto the country scene, following their recent show in Vancouver.

Cory has always looked up to the names that brought him to country music and stayed true to it, including Merle Haggard, Eric Church, Brad Paisley, Vince Gill and our very own Shania twain.

By admiring the best and continuing to test his own abilities, Cory seems to have found his groove, and is said to possess “a singing voice that is second to none, a songwriting talent as big as his size, and the swagger of a seasoned rock star.”

Since your career has taken off, is sitting down to write a song more or less difficult? Has the process or influence changed?

Since my first trip to Nashville in 2012, I’ve written over 100 songs with some amazing writers and have created some really cool and honest songs.

The songs I write are honest and true. Some are not always about me but people around me and what they’ve experienced.  That being said I enjoy the writing process, the only thing that makes it hard is asking yourself if radio would play it or not.

What is it about country music that draws you in?

The good, the bad and the ugly. It’s real. Another great thing about country music is that we have the greatest and most loyal fans in the world! 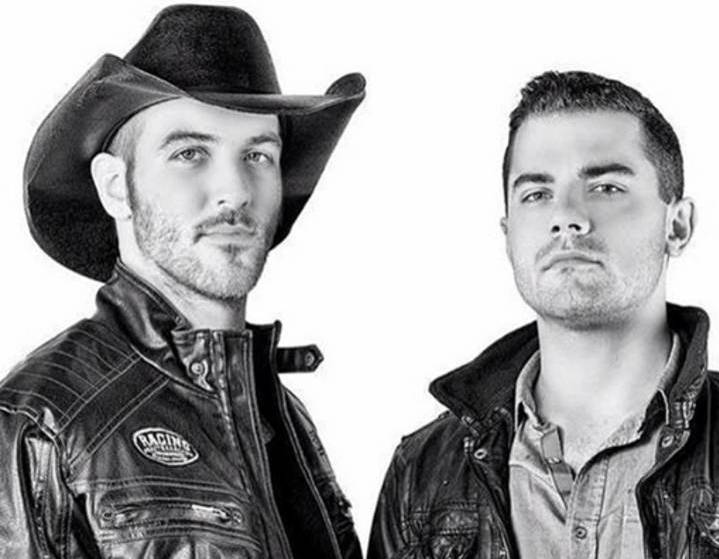 King and Cash is made up of Jordan Pritchett, previously the lead guitarist of Faber Drive, and Dan Arnold. Pritchett is following in his father’s footsteps, Aaron Pritchett, and trading in the pop-rock lifestyle for some cowboy boots and old fashioned fun.

Jordan, has “following in your father’s footsteps” made your career easier or harder? And how does coming from a pop-rock background influence your sound?

My dad’s been an amazing role model for me my whole life. It’s definitely been a benefit, being able to watch his career progress during my childhood, and still, into my adulthood. He’s set the bar high, but I’m looking forward to showing the world what King and Cash is all about.

I’ve been lucky enough to have been a member of Faber Drive since 2009, and to have gotten to work with many talented people in the music industry. Rock will definitely be a big part of our Country / Rock duo, both Dan and I have rock backgrounds. I believe that’s one of the main reasons Faber Drive was successful, they all came from rock backgrounds, and along with excellent songwriting, found a very good mixture of Pop and Rock. We called it PopRocks. Also, in live shows, we would REALLY “Rock it up” which I believe is another reason we were well received by fans worldwide.

Dan, Saskatchewan?! How does it feel to have made it from the prairies to the “big leagues” and how much of your roots are reflected in your songs?

I feel humbled, blessed, excited. Aaron Pritchett was a hero of mine growing up. Life is like a movie nowadays. As far as any previous singles that I have released, I wrote 100 percent of them, and all of my very country upbringing is described very literally, especially in songs like “The Hard Way”.

How does it feel to be considered newcomers on the country scene? What excites you about this new chapter of life?

Dan: It is a blank slate, to me, the thought of the unknown is very exciting, always has been.

JP: Dan and I are both very excited to be able to show what King and Cash has in store for the future. We’ve got an incredible team working with us and we’ve both been in the music industry for a few years now. For me, personally, I’ve been playing more of a background roll, waiting for the right opportunity. I’ve always aspired to be a lead singer, and I’m really excited to be a newcomer on the country music scene!