Chelsey Reist is a rising star, a local talent who has been steadily building up momentum over the last couple of years. She has had a wide variety of roles, but gravitates towards darker subject matter. Reist’s ‘bloodcurdling scream’ is on her resume, and if you’ve ever heard it you understand why it should be. Currently she can be seen as Harper in the CW’s The 100, which airs Wednesday nights at 9 p.m. PST.

Before she was a professional Reist was an acting student at Capilano University. She describes it as a valuable experience which helped her understand the expectations of directors and how she could better prepare for auditions, “I felt I had great acting classes. I really felt prepared, but of course that’s always different when you apply it to the real world.”

In the real world, Reist did not get an agent right away after graduation and decided to go to work as a background performer:

“Background work gave me once again another opportunity to experience what being on set is like and I just had a lot of fun with that and then one day I was doing background on a Steven Seagal movie and I was asked to do some background acting between the two lead actors and the director was really impressed with what I did.

I feel Capilano really taught me how to act without words and he was really impressed, so much so that he thought he wanted to upgrade me to an actor within the scene. That day they were too busy, they weren’t allowed, but I was called back for the very next day of filming the Steven Seagal movie and I was upgraded to actor and that was my first credit in the union. So it was a slow progression from school to getting into the professional world, but I definitely felt prepared.”

The director who gave Reist that first break was Wayne Rose. She says she will be forever be in his debt.

Rose might have been one of the first to take real notice of Reist, but he is first in an ever-growing line. Reist has been recognized on lists such as ‘Actress Obsession’s ‘Must Watch TV Vixens of Summer 2014.’ There is definitely a growing buzz about her, which leaves Reist bashfully declaring that she thinks she must have fooled them:

“They must not know what they’re talking about, I must not deserve to be on a list like that. I guess originally I feel like I fooled them and I pulled one over on them, but you know you feel a little proud for that, but when it keeps happening and you keep getting accolades you go from feeling that you pulled one over on them to feeling grateful … I just feel very grateful and very happy to have that recognition. I really pour a lot of myself into my roles and it feels very nice to be acknowledged for it. Yeah, it’s fun, it’s awesome, who doesn’t want that?”

As her career to date reflects, Reist is a horror buff, “I love horror. I really really love it. I love how it scares me, I love how it scares other people. I just spent last night watching Babadook alone in my apartment and I wasn’t scared enough so I shut off the lights and turned up the volume.”

“It’s a feeling I really enjoy and if I can make other people feel that squeamish and that out of their comfort zone I love having that power,” Reist explains her love of horror and darker content. 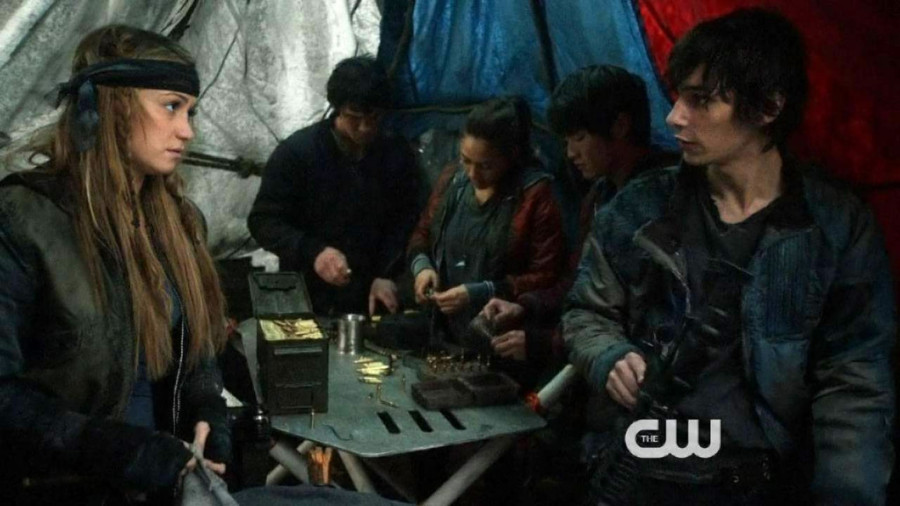 Reist’s current role on The 100 has allowed her plenty of opportunity to explore similar themes to those she loves in the horror genre:

“I’m really enjoying working with The 100 because I’m surprised how dark they push it for The CW network. I feel like The CW originally in my opinion was maybe a little teeny bopper feeling, for lack of a better term, and it focused more on romance and those romantic butterfly feelings and The 100 is really pushing it to much more general feelings much more painful areas emotionally. So I get to live out a bit of my horror love in The 100. I get to carry a gun in the first season and then in the second season I’ve been tortured. Harper’s been tortured and put on a surgical slab and her bone marrow was stolen from her without any pain killers and so that enabled me to do the bloodcurdling scream you spoke of.”

The 100 has not been kind to Harper lately, but it is rarely kind to any of its characters. There’s a way in which that’s its charm. Reist comments on how her character’s story would go in her ideal universe:

“In my ideal universe Harper would be responsible for saving herself. I feel that right now we’re at a pivotal moment. The 100 have all been separated, the remainder of them are trapped inside Mt. Weather and more and more we’re getting more of our lead characters trapped with Harper. So Monty, played by Christopher Larkin, is now trapped and Bellamy, Bob Morley, has been trapped. I think they keep being sent in to save us and I think in my dream world it would be fun to have some chance for Harper to save herself. To find the inner strength or even more so than that some kind of brutal fuel to violently fight her way to freedom. I think that would be really fun.”

A story line like that is not outside the realm of possibility for the show. In addition to its high stakes and fleeting rewards The 100 is also notable for its powerful female roles. Reist thinks that is why the show has become so popular:

“It’s why it’s popular with me at the very least. The women are strong, we get to shoot the guns and build the bombs and we’re conducting the alliances – we as in females – females are conducting the alliances and the females are leading the groups and I’m really enjoying watching that. So yeah, there’s a chance since Harper’s a female that she could save herself. She’ll definitely play a pivotal role in the rebellion of the captured 100, for sure. It’s gonna get juicy.”

As stated earlier, Reist is gaining momentum and this has been accomplished through a number of different roles. She has trouble choosing a favourite, “It’s hard, my brain doesn’t initially go to one because I just love my job so much and I definitely find a little gem in any day I have on set. I think what stands out for me the most is a movie I did called Mon Ami directed by a friend of mine Rob Grant.”

This was a role in which Reist needed to be vulnerable in a way she had not before. “It was my first chance to really let go of any inhibitions I had. It was my first chance on set in front of 40 plus cast and crew to really be vulnerable and let my guard down and have to cry on camera and that for me is quite memorable because it gave me the confidence to know I can do that and I can do it successfully and I can make money off it,” Reist reminisces, laughing at her later statement, “It was the role that gave me the chance to realize my passion is backed up by the talent and I do have a future in it.”

Something else that has done a lot for Reist’s confidence is dance, which she was trained in for 16 years. She is very adamant that dance has helped her as an actor:

“A hundred times over I would say that, yes. I find myself very often thanking my parents for getting me into dance. I started when I was three and I stayed with it for two decades almost and when I was in grade 6 Disney World hired me and my mom took me out to Florida, we lived there for a bit and they hired me as a professional dancer to work in Disney World. That aspect of traveling has taught me a lot of independence, myself as an actor I have to take myself down to L.A. or whatnot.

That has helped me, but more so the strict routine of dancing, to know the dedication that it taught me, that has helped me a lot. Physically the posture has helped me, especially with Harper. She in the first season was a guard, so you have to have a very strong posture, strong stance, and know how to hold a gun in a very strong way and dancing has given me that knowledge of my body to do so.

In every aspect of my career I think dancing has helped me for sure. Even just embodying the physicality of a character for an audition. That’s what I like to look at a character from originally when I get a role is how would this person move or stand, how does that reflect their confidence. And having a knowledge of how to work my body and settle in to my body comfortably – dancing has really offered me that.”

I asked Reist who she would most love to work with in the future, and given her edgy taste her answer is no surprise, “Tarantino, hands down Tarantino. Just across the board if I could do one movie for the rest of my life then that would have to be it, it would be a Tarantino movie.”

“We made sure we would watch any Tarantino movie he’d ever directed or written. Once again it pushed those genres of female power, for instance in Kill Bill he’s got a female lead and it pushed the boundaries of the violence and cinematography and I just absolutely fell in love,” Reist explains, although doing a Tarantino movie is not her only dream role.

If The Sopranos were still running then she would have loved a role on that, “When I first started developing an interest in acting was when I moved in with my brother and his wife who is also one of my best friends and we would sit for hours on end and watch Sopranos and I guess that’s also the start of my love for the dark genre. I just really loved how dark it would go on tv. I really loved how far Sopranos would push that.”

If there is anything that Reist wants us to remember about her, it is how extremely grateful she is: 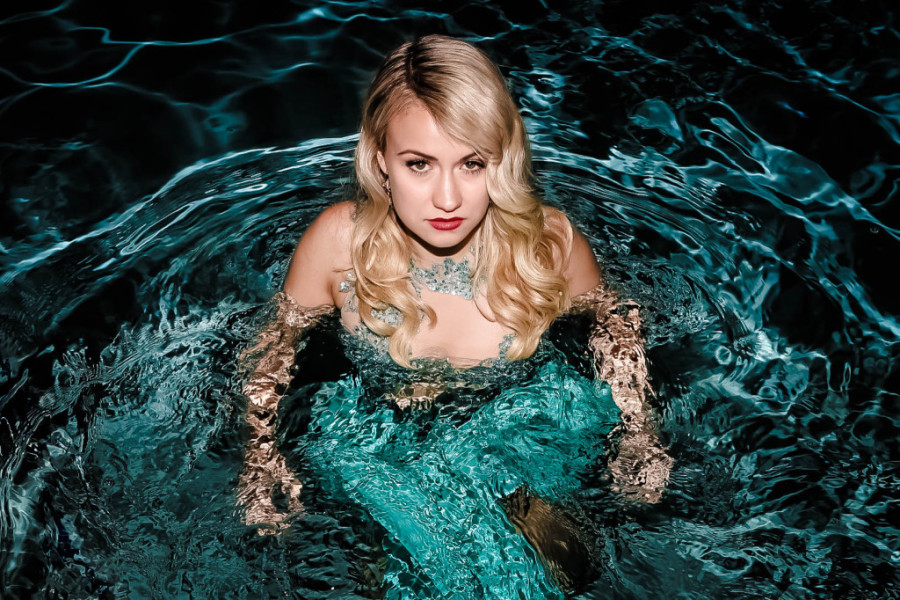 To learn more about Chelsey Reist visit her website at www.chelseyreist.com.