Vancity Buzz sat down with Alchemy Theatre’s Tiffany Markwart to talk about their upcoming production of Agnes of God at the PAL Studio Theatre from November 19 – 29th.

Tell us a bit about Agnes of God.

It’s inspired by a true story and my character, Dr. Livingstone, has been court-appointed to a case where a young nun at a convent has given birth to a baby and the baby has been found asphyxiated. My character needs to go in and establish her mental wellbeing and find out who caused the death of the baby. Livingstone also needs to find out who impregnated this nun and how this happened in the first place. With that, there’s Mother Superior who’s battling my character along the way and protecting Agnes’ best interest. 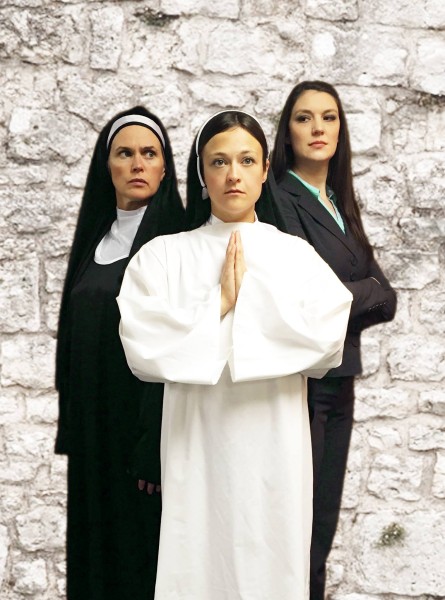 What really struck you about this play when you first read it?

I found that I was most struck by not necessarily one of the main three characters but but by the reference of the baby. The baby is never referenced to as a ‘he’ or a ‘she’ or a person. It really got under my skin and really bothered me because in the last year my family has been dealing with a loss of a baby. I think that emotion is really just right on the surface for me. I feel like most people don’t want to talk about a dead baby because it’s horrible but the people who are grieving need to talk about it at some point, in some way. It needs to be okay to be sad about it and to talk about it. I just found through that experience as being a support system for my sister and my brother-in-law as well as his family members and my own family members, it doesn’t just affect the parents, it affects the families and it affects some people that you’d be surprised about. When you turn to someone who you think will be there for you and you’re kind of surprised that they don’t know what to say or do so they pull back on their support. But then all of a sudden when you find someone that has something in common with you, or they’ve gone through a similar loss, that all of a sudden even a stranger can be there for you and offer you support. So I feel like that’s what people need to know how to do, that it’s okay to ask for help when you need it and it’s okay to say ‘No, Im not ready to talk about it right now’. For the people who want to offer support, it’s okay to ask if someone needs help. 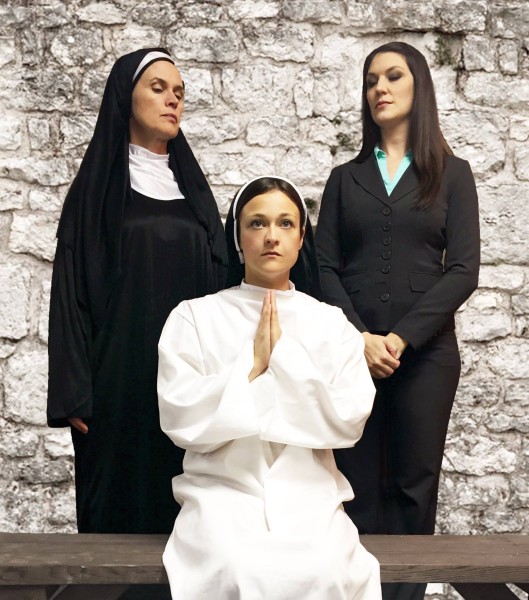 Does your own religious background affect the way you play your character?

Actually I’ve found no, not as much. I found that my character was more-so affected by the death of the baby rather than my own personal experiences with my own religious upbringing.

Do you think story is relatable to more than just those who practice religion? If so, how and why?

Absolutely, because this play is not just about religion and it’s certainly not anti-religion. It just happens to take place with characters that are nuns because it was based on a true story where this actually happened. I feel like it just sort of enhances the dramatic conflict and focus on some of the scenes. There’s so many underlying themes in this play that there’s something in it that everybody is going to connect to, whether it’s some sort of thought, emotional memory or personal experience. From death to abuse, mental illness and onto the opposite side of that with faith, love and miracles. So, the main goal is really to have everyone come and experience it and take away their own thoughts and get them talking. 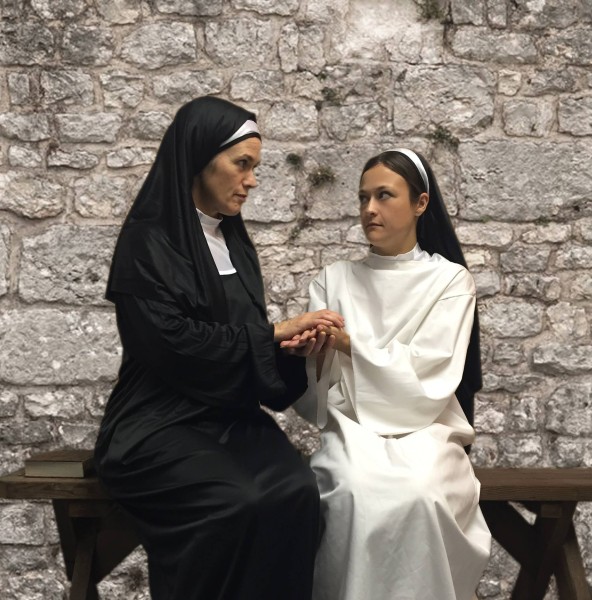 How do you think the theme of science vs. religion or objective vs. spiritual is explored in this play?

That is definitely a huge balance throughout the play where it goes back and forth between both. Dr. Martha Livingstone tends to be the representation of science and the more objective whereas Mother Superior tends to be the religious and spiritual. However, both of them cross over into each other’s realm of thinking at some point to either debate it or understand it better.

This is your second production with Alchemy Theatre, what draws you to this relatively new company?

My first experience with Alchemy theatre was actually through a different company, Vagabond Players, that a bunch of the actors from a Vagabond show created Alchemy Theatre. When I heard that they were doing a Midsummer Night’s Dream in the summer, I’d enjoyed my experience so much with the Vagabond Players, I felt like Alchemy Theatre had a similar quality of shows and professionalism. I decided to try out for Alchemy Theatre’s first show and it was such an amazing experience. I find that coming from Prairies and sort of making my way to the theatre community in B.C., not knowing anybody makes it much harder to make connections with people. When you find someone that you love working with and you’re on that same mindset of what kind of work you want to produce and that there’s just a level of professionalism, trust and camaraderie that came out my work with them. I really trusted them to do this story justice.

Alchemy Theatre’s production of Agnes of God runs from November 19 to 29 at the PAL Studio Theatre (300 – 581 Cardero Street, Vancouver). Tickets are $20.