From headlining shows, to festivals and Mad Decent boat parties, producers/DJs Torro Torro have been dropping beats to dancing crowds globally. The handsome duo Mike “Digits” Gonek and Evan “Yo Ev” Norton have come a long way since their early days in Toronto- where they first met. Now based in Los Angeles, Torro Torro are back in B.C. to co-headline the World Ski and Snowboard Festival’s (WSSF) End party on Saturday, April 18.

With a distinct big room party sound influenced by hip-hop, tropical rhythms and electronic dance music, Torro Torro’s original productions have been played at music festivals world wide by some of today’s biggest names in the industry.

The duo has released tracks on Mad Decent, and recently released “Make a Move” on OWSLA – a record label founded by Skrillex. And these guys are just getting started.

We caught up with the duo on their way to this weekend’s festivities in Whistler.

I’ve known you guys a while now, and I don’t think I have ever asked you, where does the name “Torro Torro” come from?

Mainly it’s just a made up word easy to chant. But the secret illuminati theory behind it is: Two, “Men-Bulls”, and the city of origin: TORonto (where Norton is from), & ROchester, N.Y. (where Gonek is from).

How long have you guys been involved in the music industry?

Since we were both teenagers, on various levels: being in bands, producing, DJ’ing, jingle writing, and radio broadcasting.

In those years, how have you seen the electronic music scene change or evolve in Canada?

There’s such a formal scene for electronic music now. So different than in the ’90s or even the 2000s. Most stuff was more underground in nature because it was being made to counter what was available to the average person back then. Now, EDM is one of the popular forms of music. That really affects who is making it and what they are making. But at the same time, we can hear sounds and styles in old school tracks that are pretty damn similar to stuff coming out now.

Let’s talk about your music, this year you’ve had three original releases and number of remixes (Front2TheBack, Cashville & Make a Move), how different is your process when it comes to producing these original tracks vs remixes?

And these originals were major releases with Mad Decent and OWSLA, with great response- what’s it like hearing your original tracks (or remixes) played by some of the industry’s big names at festivals?

The support for the new music has been amazing. Its great seeing people you look up to play your s— like Diplo, Skrillex, Morgan Page, Knife Party, Don Diablo. And now more than ever, you have these massive festivals happening all over, where thousands of people can dance their asses off to a Torro Torro track and have zero clue who even made it. At the end of the day, it’s pretty satisfying, plus my mom knows who made it.

You’ve worked with many DJs and producers – who haven’t you worked with yet that you’d like to collaborate with soon?

You’re back in B.C. for World Ski and Snowboard Festival, what can we expect at the END party on April 18?

Big plans to reenact the best worst scenes from the movie “Ski School”. Going to bring the heat to the slopes. Also, can’t wait to see all of our B.C. friends and family.

What’s next for you guys this year? 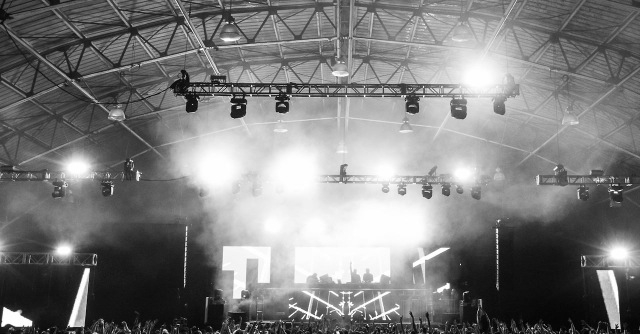 Catch Torro Torro this weekend at the World Ski and Snowboard Festival in Whistler.

The END at the World Ski & Snowboard Festival