One of Disney’s most beloved characters returns to big screens on May 27 in Alice Through the Looking Glass. Directed by James Bobin (The Muppets, Flight of the Conchords), the film has Alice returning to the whimsical world to save her friend the Mad Hatter and Underland itself before time runs out. Mia Wasikowska, Anne Hathaway, Johnny Depp, and Helena Bonham Carter all reprise their roles from the 2010 smash hit, with the addition of Sacha Baron Cohen alongside a whole host of other familiar faces.

We sat down with Bobin during his recent stop in Vancouver to talk about the longevity of Alice In Wonderland, what audiences can expect from his latest film, and what he enjoys most about Vancouver.

Why do you think the mythology of Alice In Wonderland is so enduring?
Lewis Carroll was pointing out a very simple thing that is appealing to both kids and adults: that the world is way more complex then you think. There is something beyond the every day. You can go into a house or fall down a rabbit hole and end up in a magical land. Or you can be in a room and go through a mirror. The idea is that the world is way more interesting than we realize.

How was your experience working on Alice Through the Looking Glass?
I was working for Disney on Muppets Most Wanted when I first heard that they were working on this movie. That was a few years ago, and I only finished the film about four or five weeks ago so it’s been a long process. Like any big thing, you don’t think about it in it’s entirety. You think about it day by day. Things happen, you make a lot of choices, decisions are made, and you keep moving forward all the time. 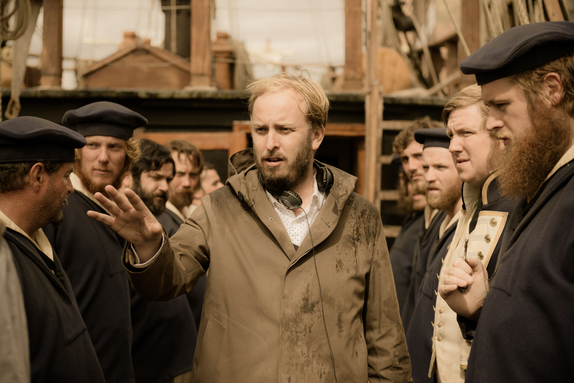 Sacha Baron Cohen plays the new character of Time, and you two previously worked together on Da Ali G Show. How was working with him on this project?
I’ve worked with Sacha for awhile, and he’s a friend. He lives in LA like I do, our kids are about the same age, so we hang out a lot. However, I’ve never worked with him on a set before; on Da Ali G Show, we were usually in the back of a van somewhere hiding from people. So it was really nice working with Sacha on Alice Through the Looking Glass. It was like having an old friend on set, and that’s always a joyful situation.

Properties like Alice In Wonderland and The Muppets have huge fan bases. Do you feel any added pressures when working with these characters?
I think all you can do is do the characters right by yourself. I knew The Muppets growing up as a kid in England and I really loved them. So I want to portray them as I saw them, as funny as I remember. And with Alice, I knew the stories very well. So I was pretty clear with what I wanted to do with this film. When I read Lewis Carroll as a kid, I also found the stories funny. He tells jokes, puns and funny limericks. In England, that stuff kind of sticks with you, so I wanted to bring some of that back into this world.

How similar is Alice Through the Looking Glass to the source material?
It’s important to say right away that this is not the book. The book I love dearly, but it doesn’t really have much of a narrative, it’s really about the passage of time. I knew I wanted to take elements of the book I liked, the characters and ideas and spirit. When I first read the script, it had an element of time travel in it. Time becomes a theme, where Alice learns to appreciate time, so we could tie it together with the book. 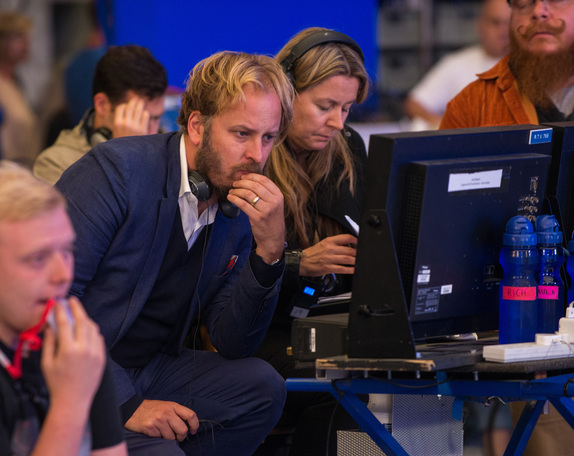 How often does your work bring you to Vancouver?
Our visual effects is done up here at Sony Pictures Imageworks and Double Negative Visual Effects, so I’m here every so often to meet with them. I’m actually here to show them the final film and say, “Thank you very much.” I love Vancouver though. I’m from England, so I claw at anything that feels vaguely European. Vancouver very much feels like that. The drive from the airport is also very interesting. because you go through such interesting neighbourhoods. You see beautiful Victorian houses and it seems incredibly familiar to me. It feels like suburban Surrey (England) in certain parts.

And we do have our own Surrey. Have you been?
I have not, but I do know you have it. It’s all weirdly familiar, but feels like home. I live in LA, which still feels completely alien to me. Vancouver is fascinating, and I love coming here because it feels closer to where I’m from.

What’s next for James Bobin?
I’m currently starting on another film at Sony, where the world of Men In Black meets the world of 21 Jump Street. They’re both funny and when you put them together it really works. I keep telling people, “It’s the film you hoped it would be.”