How well do you know Vancouver? Did you know one of the city’s largest public art pieces is a massive sundial?

There’s a good reason you might not have known about it as it’s completely out of sight and out of mind from Vancouverites, unless you’re Superman or live in one of the condo towers near International Village – where the giant sundial, measuring to approximately 40-metres in diameter, can be found on the city-block sized mall’s rooftop. 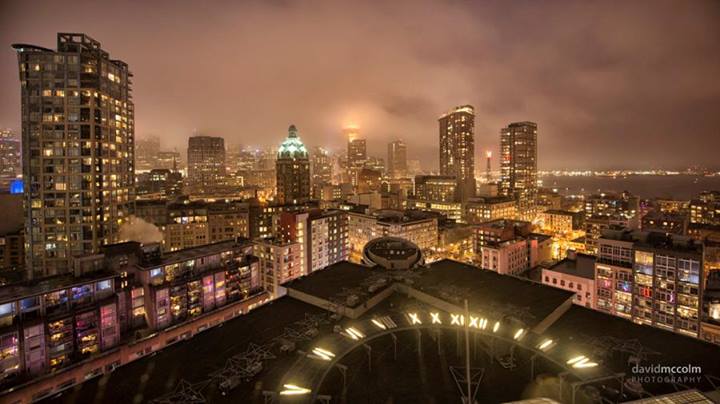 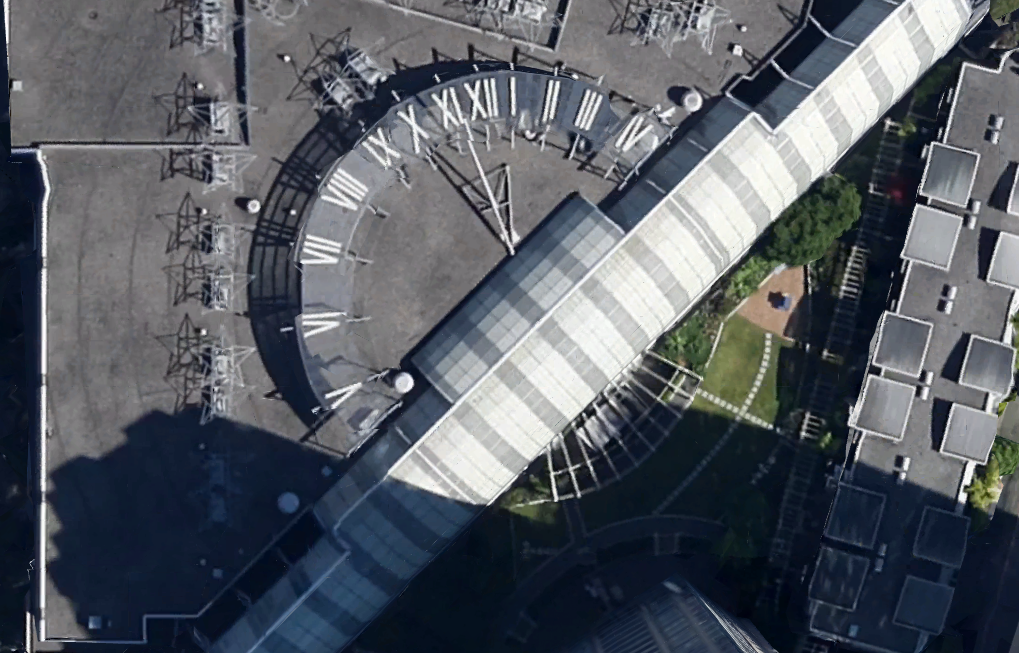 International Village was completed in 1998 and consists of unique architectural details that are overlooked and forgotten given the mall’s lifeless reputation and the troubled neighbourhood that borders it to the north. Aside from the rooftop sundial, the mall features a central galleria along its southwest to northeast axis (running parallel to the sundial as shown in the photos) to maintain the Canadian Pacific Railway’s right-of-way.

Prior to the construction of the Dunsmuir Tunnel, which is now used by the SkyTrain Expo Line, a ground level rail line traveled through the mall’s galleria, Gastown and the Downtown Eastside to link the CPR’s False Creek rail yards with its Coal Harbour rail yards.

That isn’t to say there is any possibility we will see trains running through the mall, but the railway and the historic tracks along the corridor are still largely preserved.

In all likelihood, International Village is set for a drastic turnaround in the coming years with the expected revitalization of the neighbourhood and approval of further density. It has already greatly improved over the last few years with the resurgence of new businesses and patrons.