The world came together in Vancouver in 2010 to celebrate the Winter Olympics, and the spirit of the games lives on in Olympic Village through a new art installation as part of the Vancouver Biennale.

Brightly colored human-scale figures join together in a tower-like formation that represents not only diversity but the power of global collaboration and human connection. The piece’s name represents “humanity building the world that they live in,” according to Borofsky.

While Borofsky has created similar pieces that are on display in Beijing and San Francisco, “Human Structures Vancouver” marks the first time the artist has opted to create multiple groupings of figures within the same single installation. 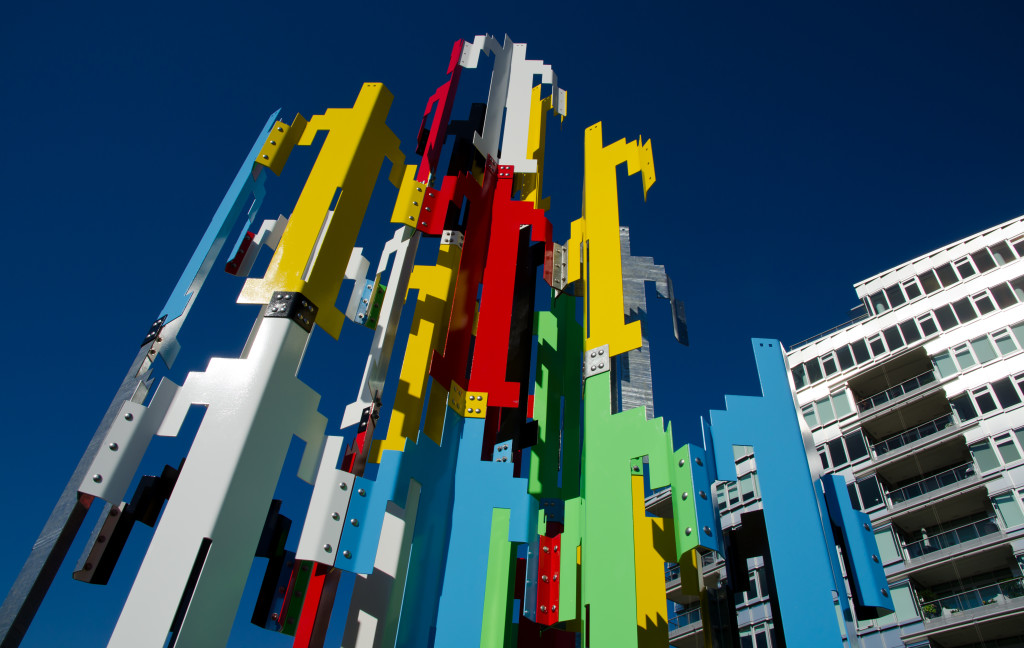 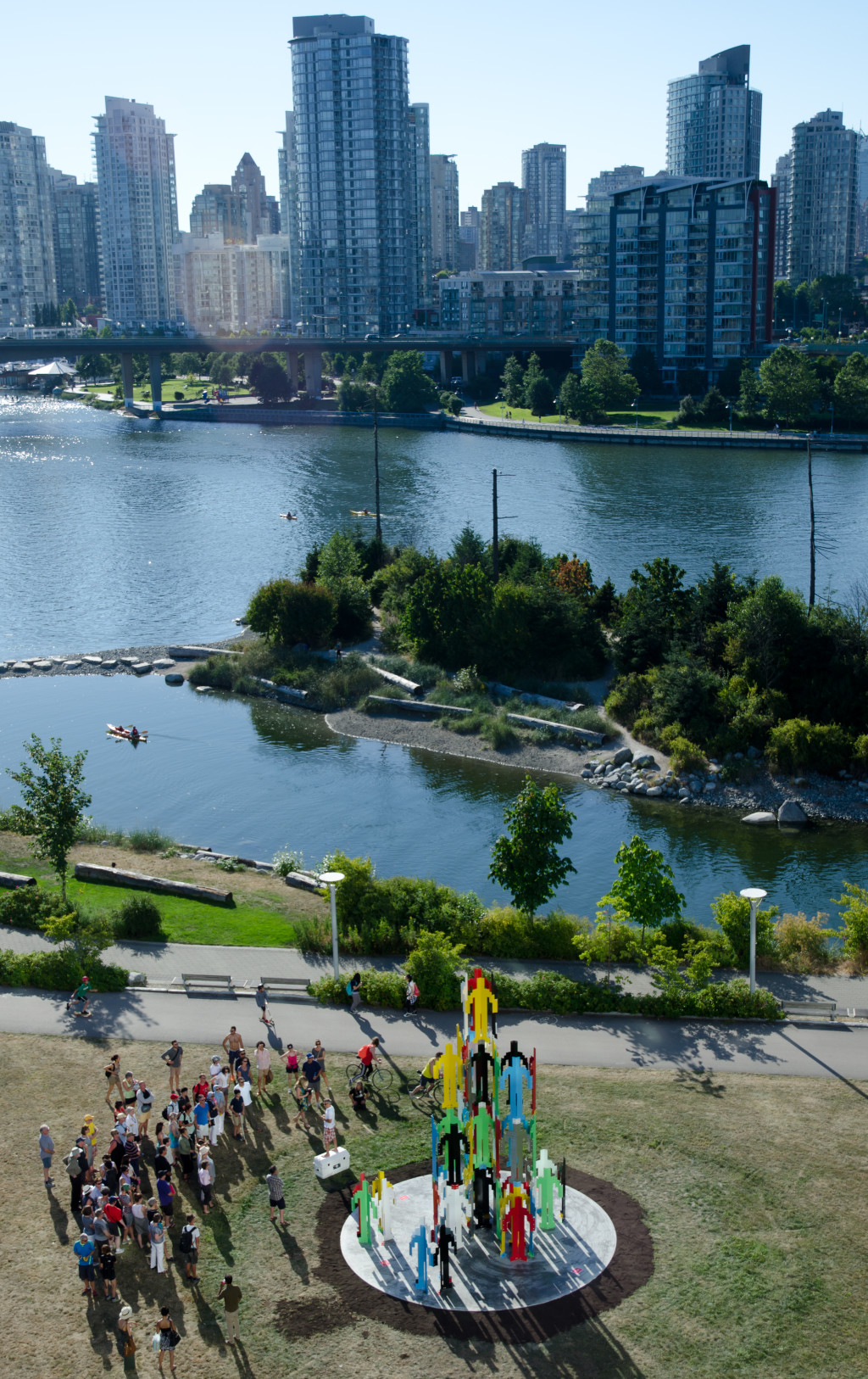 Within minutes of its unveiling, the vibrant installation was already serving as the backdrop for a wedding photo shoot, and exemplifying its intended sentiments, as conveyed by Borofsky himself: “[W]hen we feel connected, we feel better.”

Vancity Buzz is a proud media sponsor of the Vancouver Biennale.