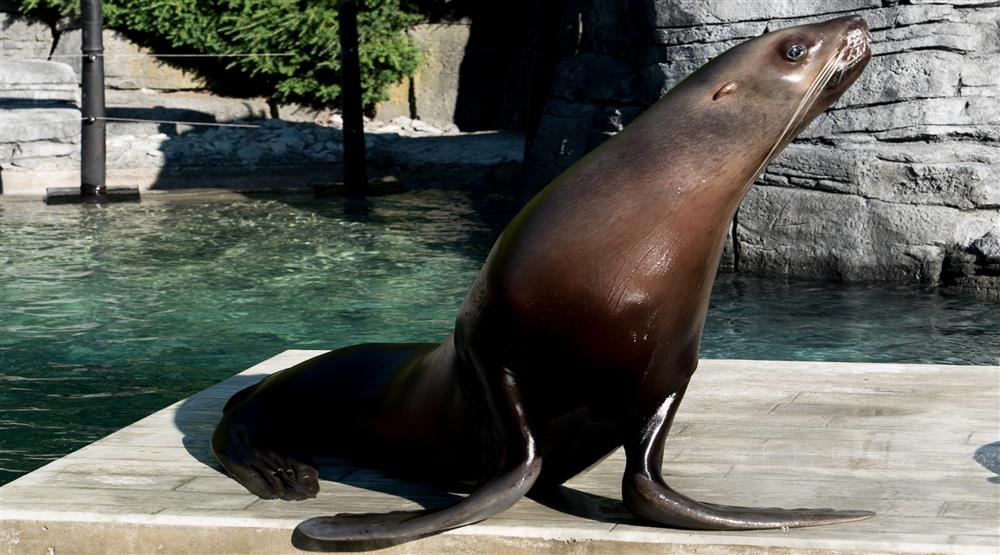 More than 80% of the world’s Steller sea lion population has declined – so I wasn’t expecting to find myself up close with amazing female sea lions, Ashby and Rogue.

But a lot of research is going on behind the scenes to find out why these sea lion populations are declining and Vancouver Aquarium has decided it’s time to share it with the public. 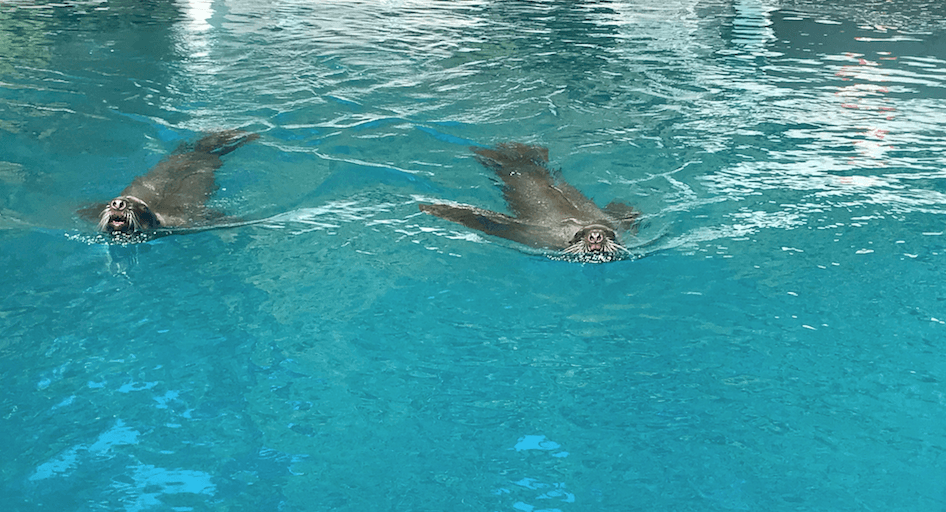 I spoke with General Manager of Vancouver Aquarium, Dolf DeJong and he told to me about the decision to open the Steller’s Bay sea lion exhibit.

“Just bringing it out front to show the public how we work with these animals. What we’re doing to gather that information and how it gets applied to the wild.

“It was really, really important to us and so this habitat was designed with that in mind.” 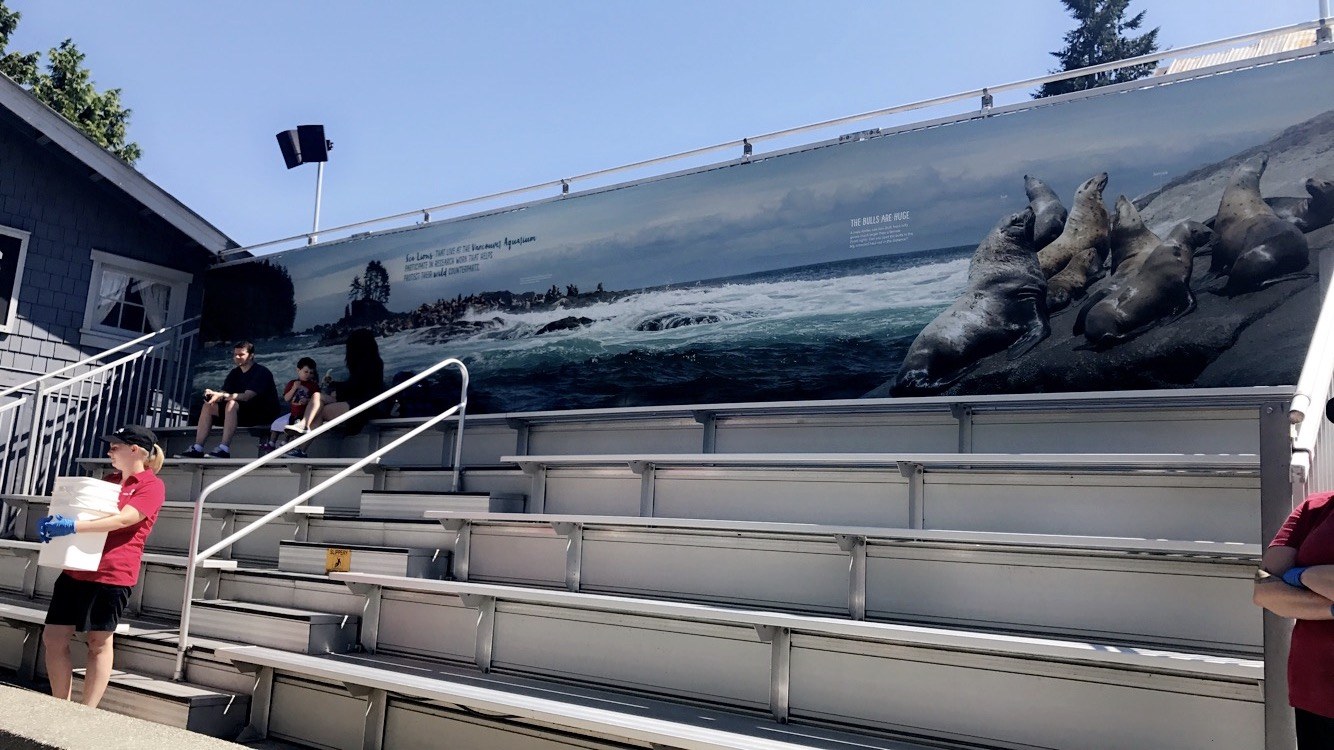 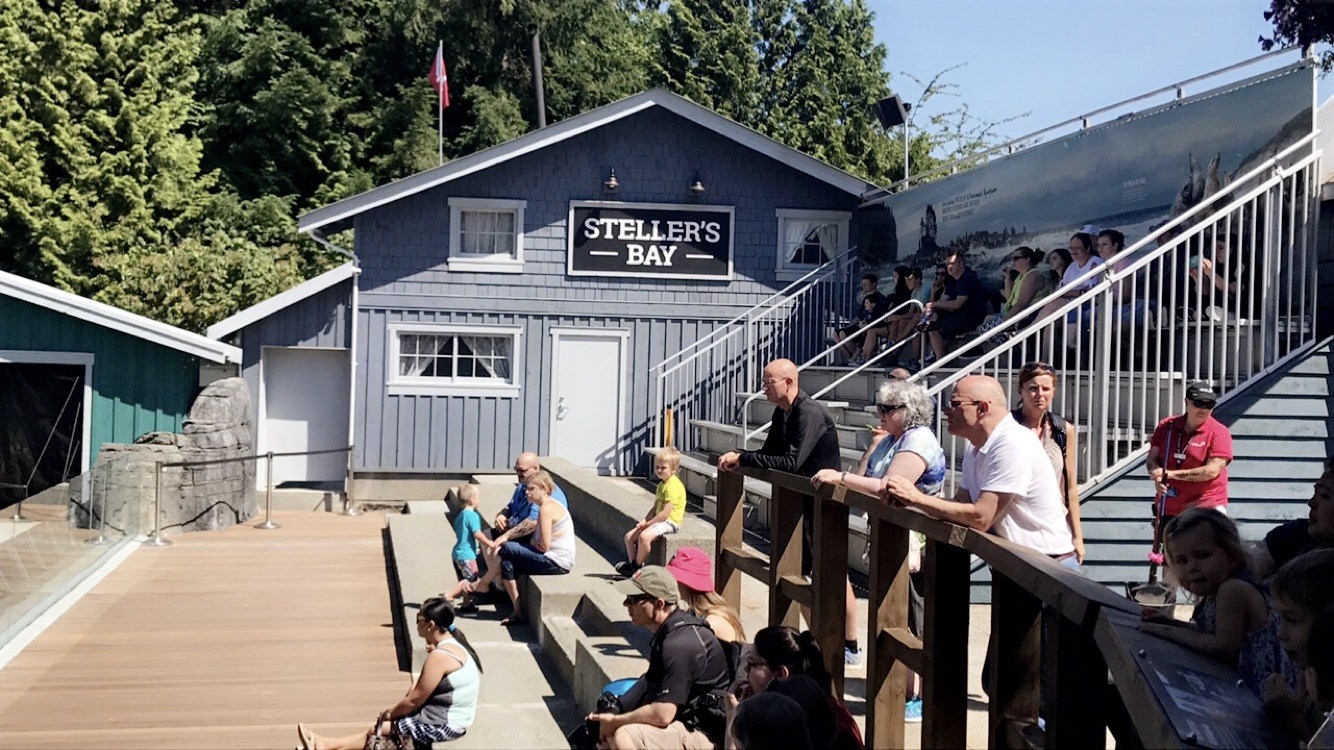 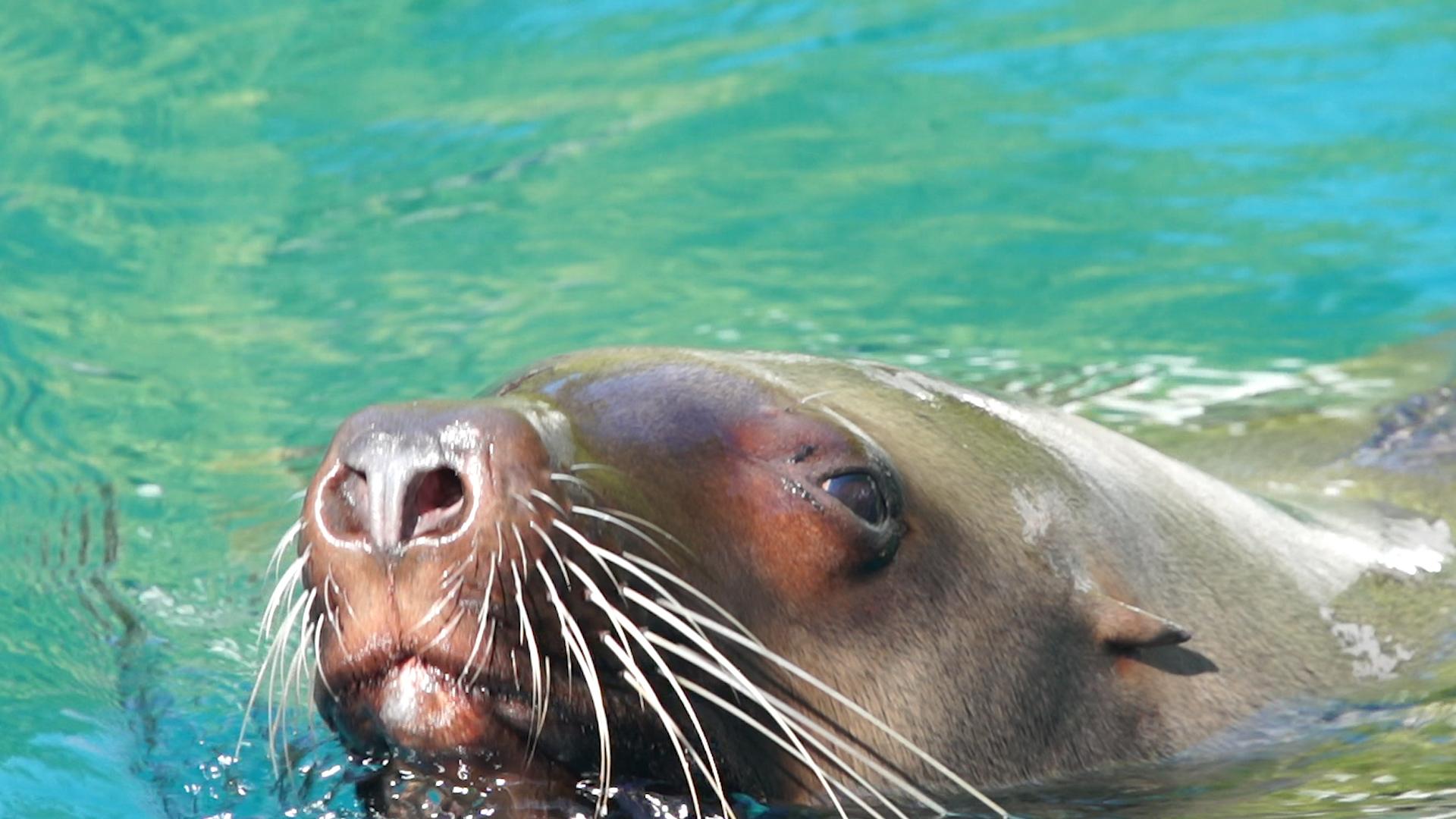 Ashby and Rogue may look slimy, but it’s actually just a lot of tawny brown fur, which DeJong described as “smooth, sleek and aerodynamic” so they can glide through the water.

“It also helps keep them warm, it provides a valuable insolation layer,” he said.

I look at them as they play in the water in awe, but to my surprise DeJong told me their size is nothing compared to male sea lions.

He said the females weigh 190kg, but the males are two and a half to three times bigger than them.

“A male Steller sea lion would be up to 700 kilos. It’s an enormous animal!”

Amused, DeJong recounted the number of times guests had looked at them under water and said “look at the size of those males!”

He set them straight, he laughs: “These are females actually, they’re the small members of these species.”

“It’s really interesting to challenge people’s assumptions, to connect them with these animals, and build that literacy as far as what’s living right here in our British Columbian oceans.” 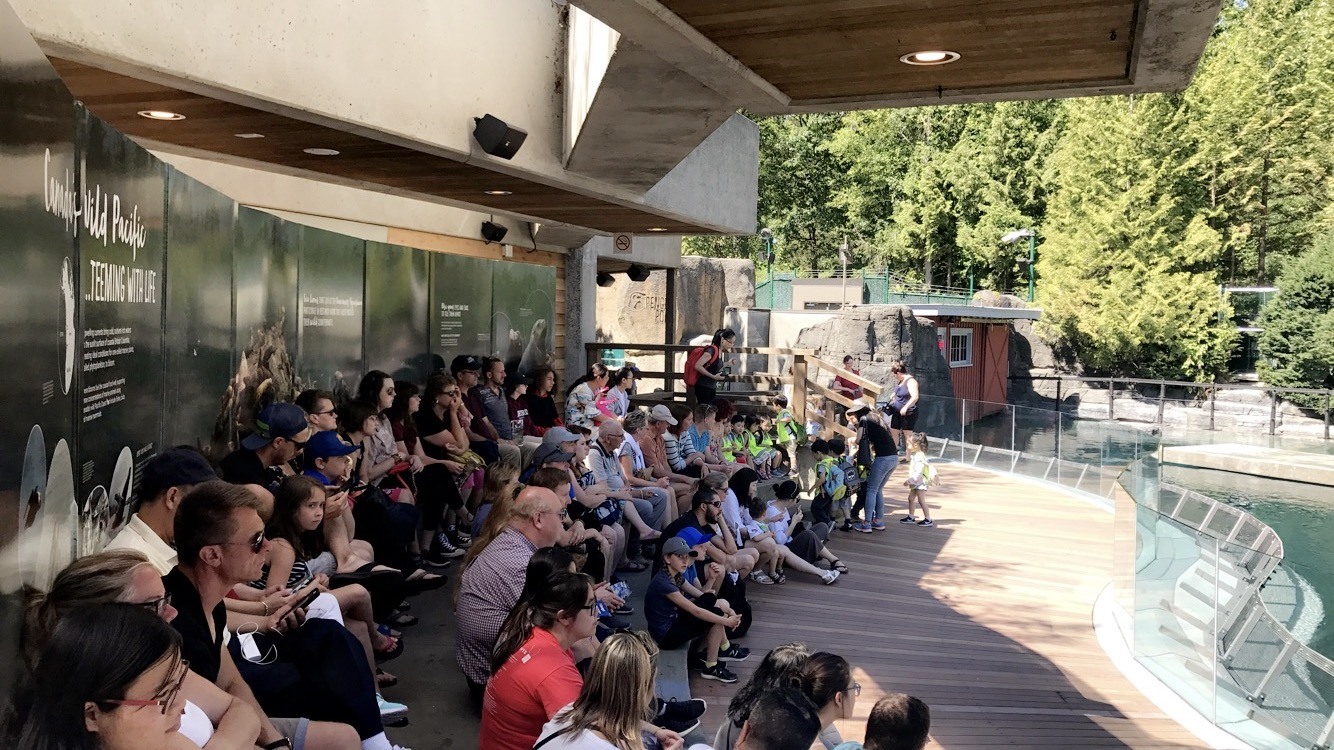 Bill the trainer came out to declare treat time for the sea lions. Ashby and Rogue were already trailing after him as he carried the bucket of fishy goodies.

As for me, I got a musical treat as the sea lions roared a chorus of approval. 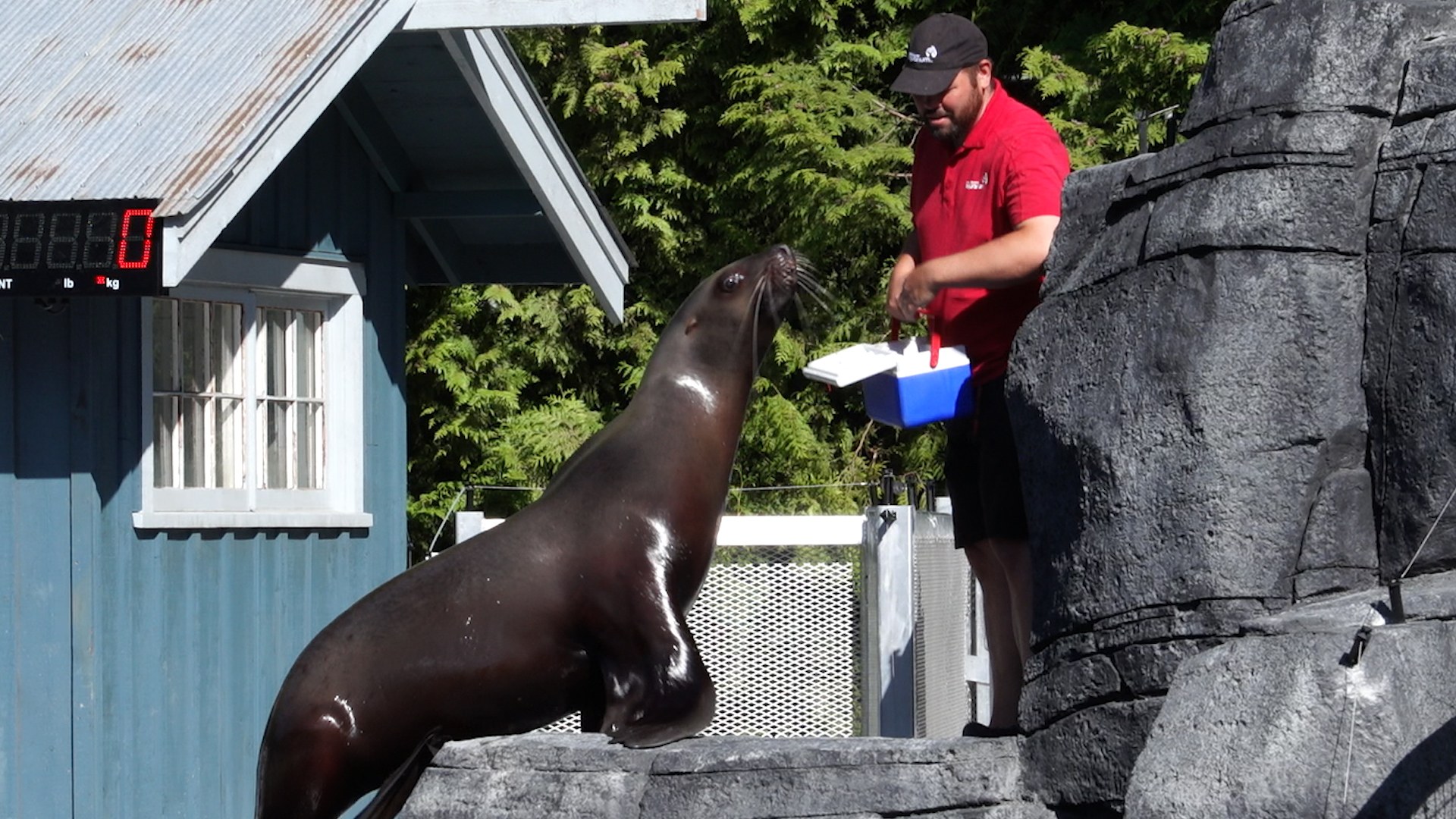 Bill explained the treats are like a popsicle for the sea lions, made from iced or frozen squid.

Vancouver Aquarium does not sell frozen squid treats in their cafeteria, but Bill said he’d be happy to share the recipe.

I asked DeJong about sea lion-human interaction, and got a strict warning never to approach them and to keep my distance if I ever saw these animals in the wild.

“They’re large and can be dangerous, we’ve heard stories,” said DeJong. Most likely, he was referring to the girl who was dragged into the water in Richmond by a sea lion.

However, in the case of the animals in Vancouver Aquarium’s care, they’ve been with them almost their entire life.

The Steller sea lions at the Aquarium were brought in from Triangle Island, British Columbia, as pups when they were a few weeks old.

DeJong explained they have a trusting relationship with their trainers. 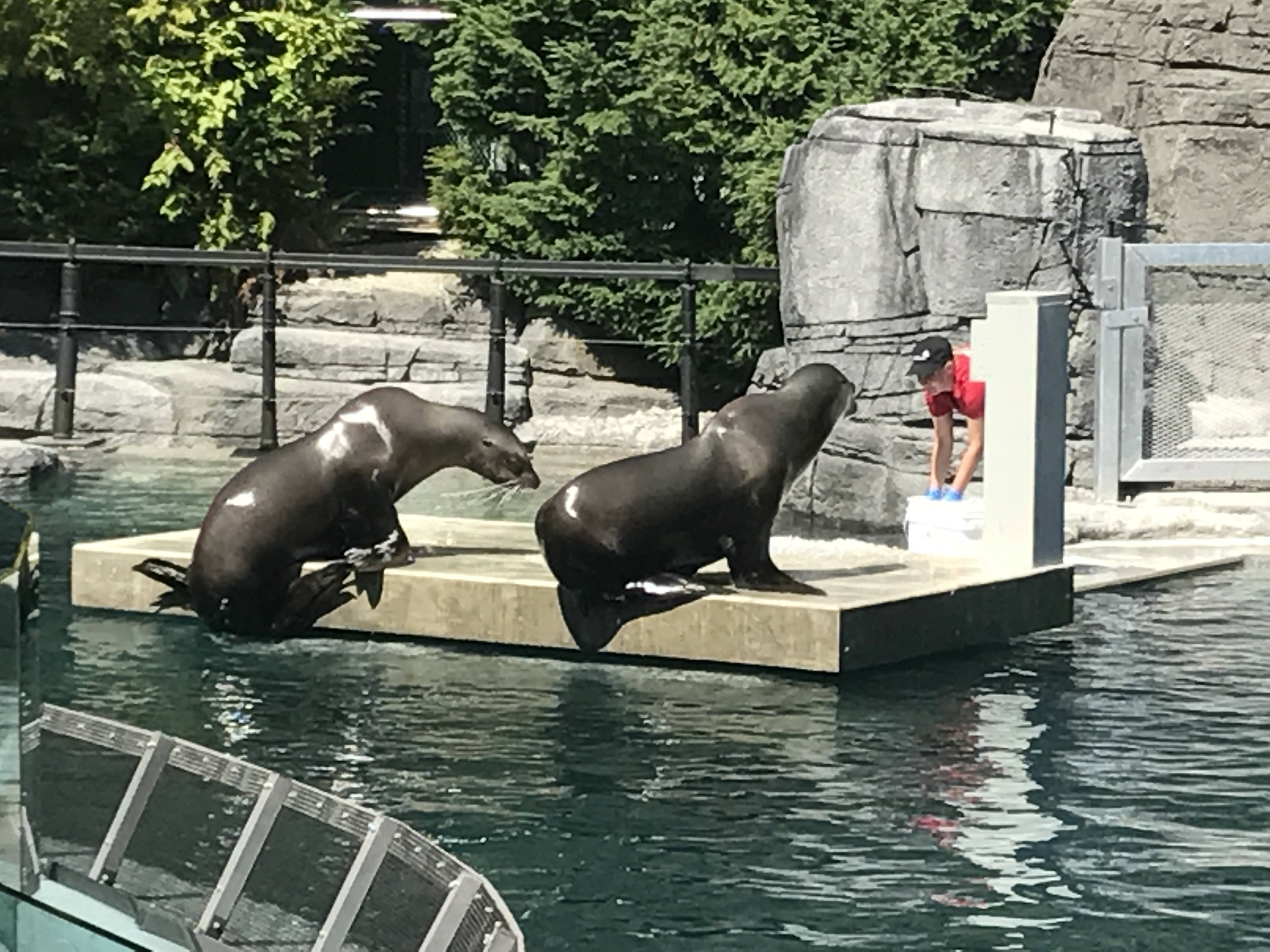 “That’s one of the unique things about the Vancouver Aquarium and the research we do here,” he said. “We do it in an unprotected context.”

“In a lot of cases research is done from the other side of a fence, whereas our trainers can actually be in the habitat with the animals, working with them to say, get them to walk on the scale.”

He pointed to the location of the scale under the Canadian flag, “that trusting relationship that they have with our staff is real special and unique.” 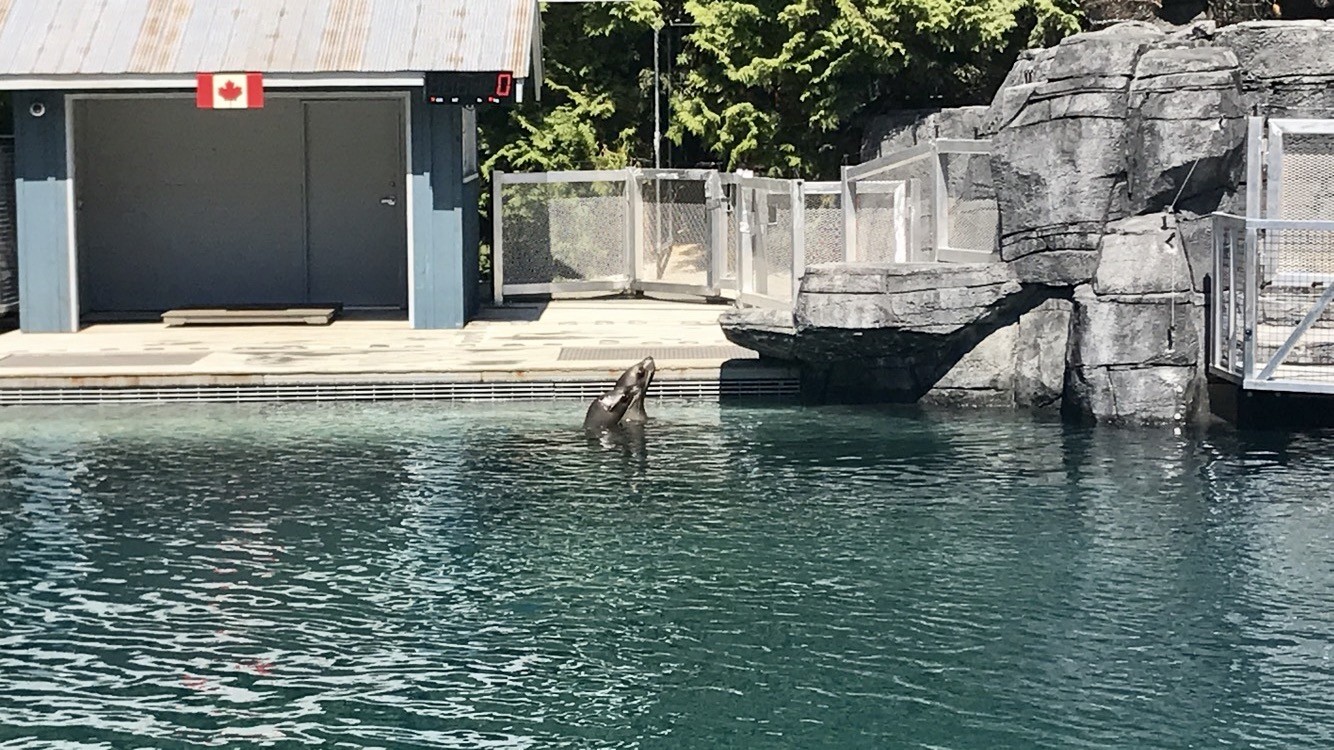 The sea lions are weighed on the scale. (Folake Adesugba/Daily Hive) 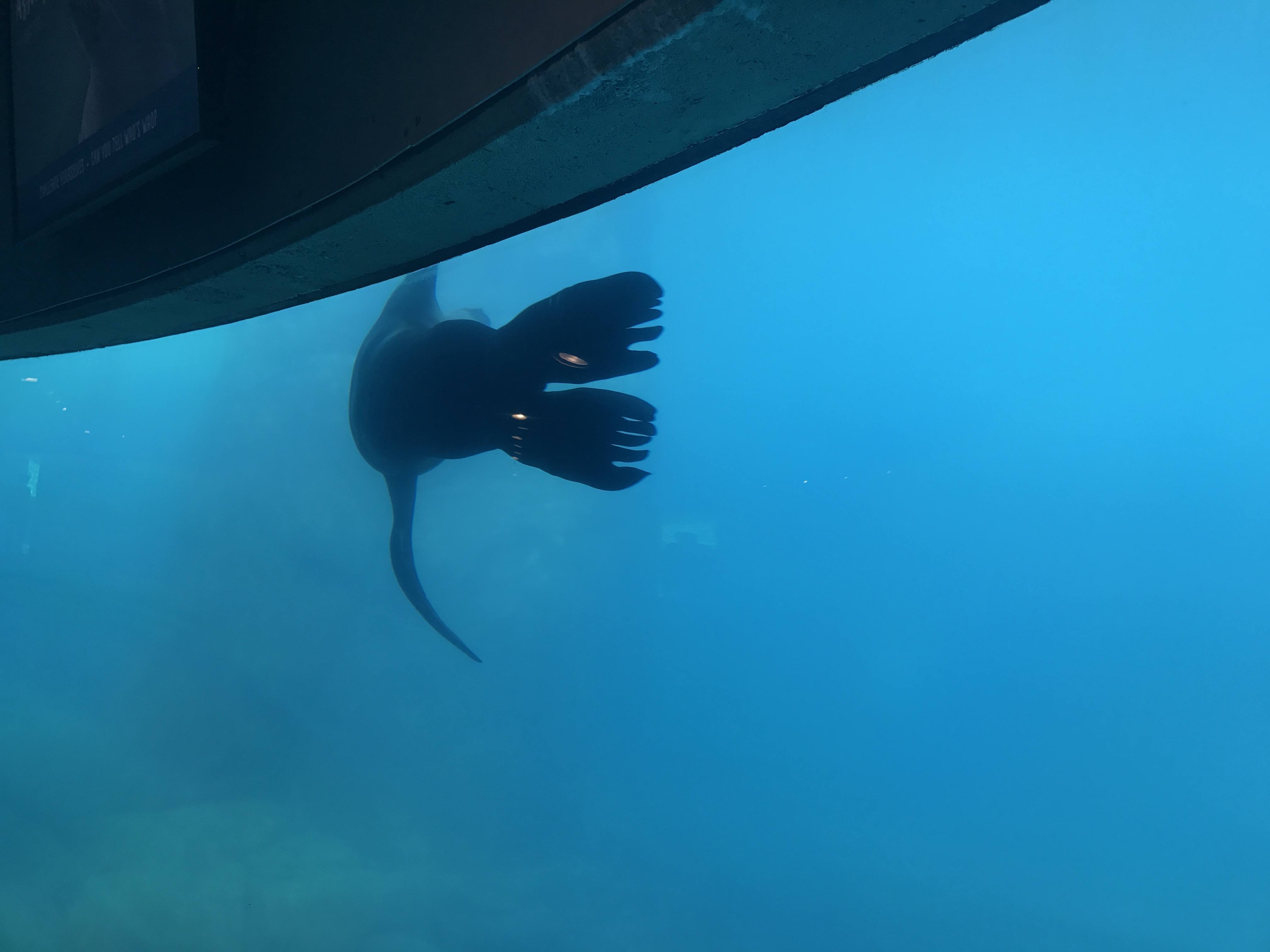 Back in 2013, the Aquarium became the first in the world to successfully disentangle sea lions caught in marine debris like packing straps or fishing lines and nets.

At the Steller’s Bay exhibit, UBC scientist Dr. Andrew Trites, who explained how the sea lions living at the Aquarium play a vital role in helping these species in the wild.

“There’s this perception you can know everything you need to save wildlife by going to the field with a pair of binoculars and a camera,” Dr. Trites explained.

“And the reality is that probably about a third of everything we know and need to know can only be done with animals in controlled settings.”

The research is divided into finding new technologies to help get data and testing out hypotheses of why sea lions are declining, said Trites.

For example, as part of the research, a little instrument is placed on the fur of the sea lion to collect data.

However, this data needs to be interpreted, because the researchers can’t see what the animals are doing out there in the wild.

That’s where the sea lions at the Aquarium come in. By watching them, researchers are able to interpret the data obtained from the wild.

They observe and compare food intake, food quality, hearing test, sense, metabolic rate and other details. All these data is what brings about answers to the decline of sea lions.

Being there, I was able to truly see how the Steller’s Bay habitat was modelled on a traditional BC fishing village with a West Coast feel.

With the Steller sea lions roaring in the background, I could hear them vocalize and splash through these waters.

I was able to see Steller sea lions from a different perspective, being able to go below water and look deeply into the habitat and see the research in action.

And I witnessed the trusting relationship being used to collect data to produce the results that will help their wild counterparts.