Disney’s Inside Out continues the fine Pixar tradition of telling great, heartfelt stories for all ages. While merchandising tie-ins are sure to surge to insane new heights, Pixar still manages to deliver an important tale that rarely gets told on the big animated screen. A word of caution: the subject matter is great for school-aged kids, but younger children may become restless in the slower, self-reflective moments. 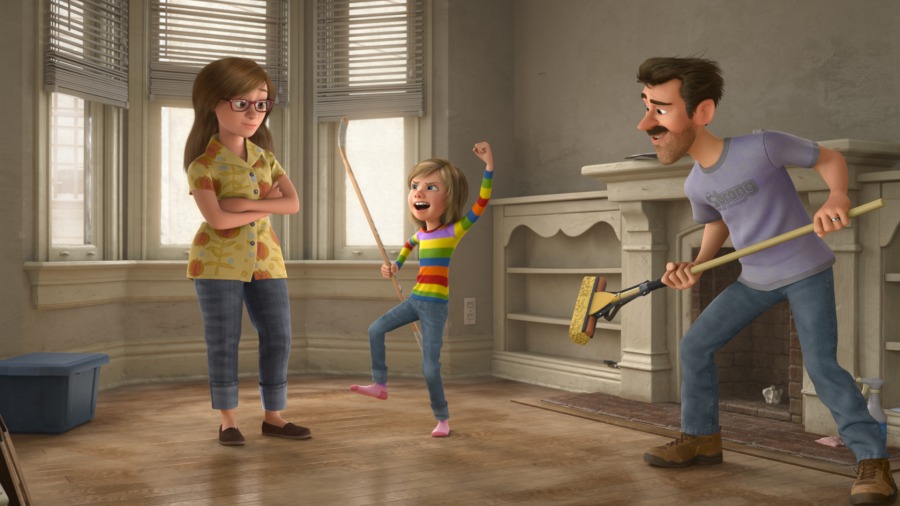 Inside Out tells two stories that are intertwined with one another. The first is IRL, following 11-year-old Riley’s move from ‘the country’ to the ‘big city’ of San Francisco. The second is inside the mission control centre of Riley’s brain, split during childhood into five distinct emotions: Joy, Sadness, Fear, Disgust and Anger. It’s a bit of an oversimplification of a person’s mental state, but the film finally addresses the age-old conundrum of why someone can be happy-go-lucky one moment and roaring-mad the next. 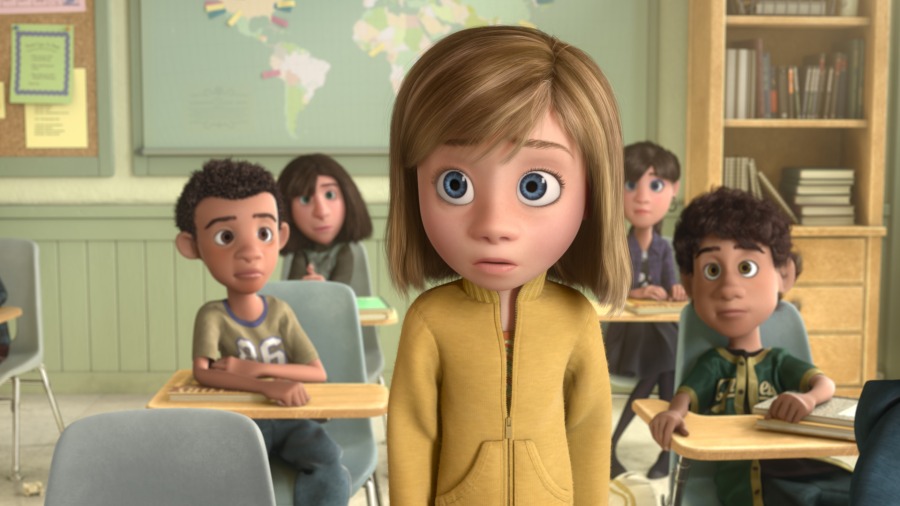 You can see the impact of the cross-country move on Riley, who’s at first equipped to battle feelings of isolation through activation of her ‘Family Island’ personality. A new school, uninviting house and super-busy dad all lead to a pivotal change in Riley’s thinking, kicked into hyperdrive when Sadness creates a new core memory. Riley does one of the most embarrassing things that could ever happen: she breaks down into tears on the first day of school.

Sadness (Phyllis Smith) and Joy (Amy Poehler) then get sucked into long term memory land with all of Riley’s core memories, and the kid’s whole personality slowly breaks apart. The story evolves into a quest of the two unlikely emotions getting back to mission control, paralleled by Riley’s growing apathy and frustration IRL as Fear, Disgust and Anger are left to fend for themselves.

In short, Inside Out is one gutsy story. It’s great to see Pixar tackling mental stability and internal turmoil in an instantly relatable way. Moving and creating new social bonds can be a life-changing experience in our childhoods, and one that is too easily brushed under the mat. It’s also interesting to see how Pixar chose to present day-to-day experiences in a scorecard, which affects Riley’s overall personality over time. It’s not just one thing that changes her perception of the dusty old house and strange broccoli-loving town (SF’s legendary stereotypes are given full play), but a culmination of interpretive memories that lead to a drastic decision. 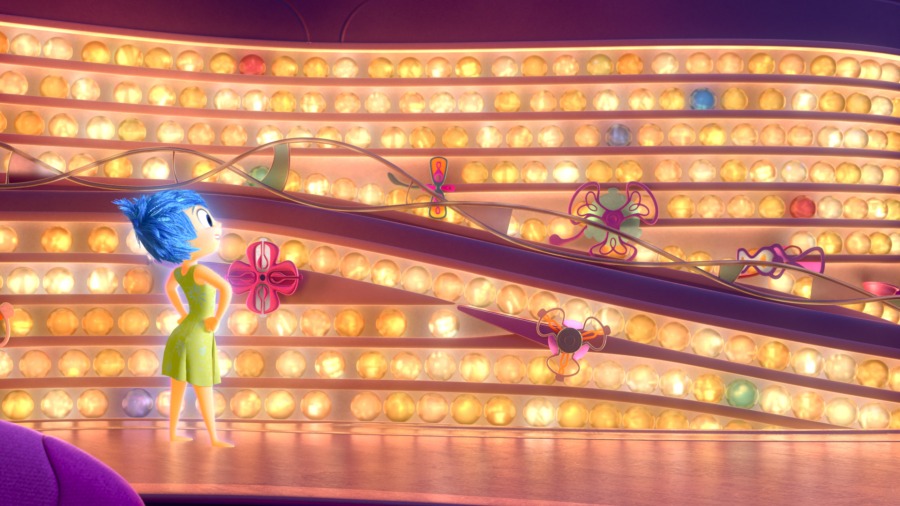 I love Pixar’s overall message here; they’ve pitched it perfectly to the school-aged kids who are going through their own rapid transitions – mentally, physically and socially. There are a few extra side-characters that are nothing more than merchandising plays (which will turn out to be massively profitable for Disney), and the story takes a few extra segues before delivering its powerful message of family. But when compared to all the other drivel being served up in this category, Pixar remains one of the strongest frontiers of Western animation today.

One sidebar though – I’m still waiting for Pixar to delve into race and ethnicity in a big way. It’s great that Riley gets a multi-cultural background cast suitable to the West Coast locale, but we’re still talking about a white family and white main character. With Inside Out, we’ve tackled that women and girls can lead powerful narratives within animation; we now need the other elements to come full circle, Lion King style.

For its overall bravery and top-notch animation, I give Inside Out 4.5 out of 5 raindrops.