Fans of Phnom Penh in Chinatown but not a fan of their lineups should give Indochine a try. Though not a replica by any means, Indochine does offer some of the similar dishes. 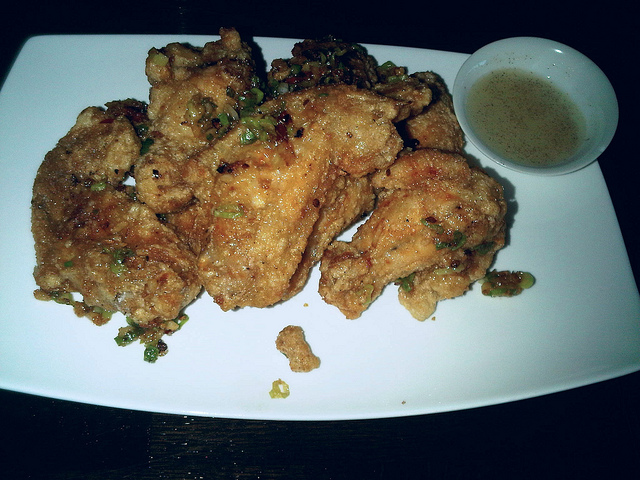 First off, we tried the Garlic Butter Chicken Wings with a lemon & pepper dipping sauce. You can definitely taste the butter, which isn’t present in the Phnom Penh Wings, Combined with the fried garlic chips, this was a solid dish if you don’t expect it to be identical to Phnom Penh. Oh, and they don’t serve the wing tips here, which is too bad, because the dish just seemed smaller without them. The crunch is there, and the meat is still moist inside. 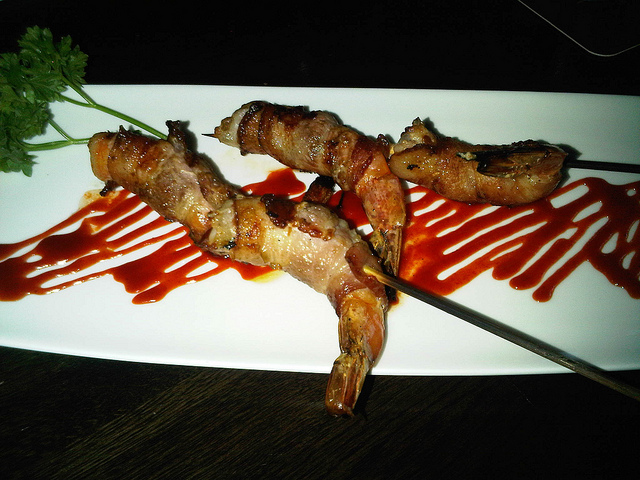 First of the two bacon dishes we tried was the Bacon Wrapped Prawns. These were a bit too salty, but more due to the bacon than excessive seasoning. Presentation could have been better if the prawns were skewered more uniformly, ad the swirls of hot sauce on the plate seemed a bit messy. 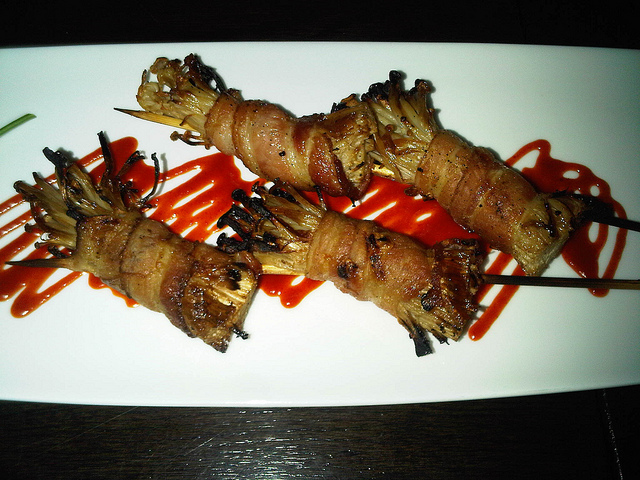 Second bacon dish was the Bacon Wrapped Enoki Mushrooms. These weren’t as good as the prawns, less salty but the enoki was too charred on the ends but seemed a bit raw on the inside, making it hard to bite through. Maybe a quick blanching first would help? 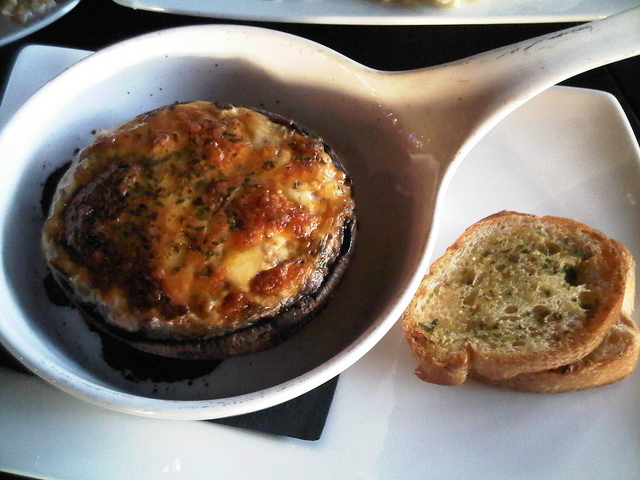 Next up was the Crab Stuffed Portobello, which was a whole baked Portobello stuffed with crab, cheese and green onions. There was a good amount of crab but the slightly burnt cheese on top was probably the best part. 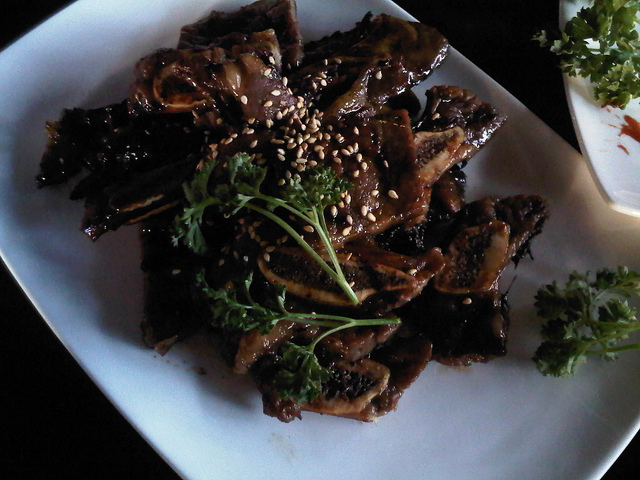 We also tried their BBQ Beef Short Ribs, which are marinated in a Vietnamese style dressing, with hints of fish sauce and soy. These ribs can be tough to eat with chopsticks, since they can be a bit chewy if overcooked. Fortunately, these were quite tender and fell off the bones quite easily. 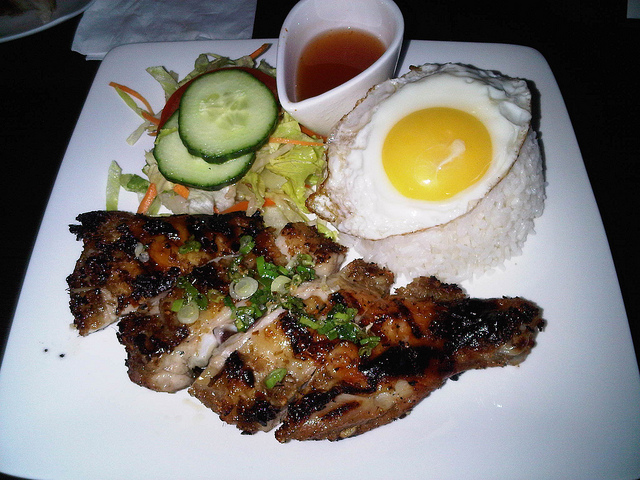 For our mains, we tried the Lemongrass Pork Chop with Rice with your usual lettuce/cucumber/tomato salad. I was happy to see the fried egg, since it wasn’t listed on the menu. The grilled pork was fairly big and the lemongrass flavour was quite strong, enhanced by the slight charring on the outside. The portion was large and the meat was juicy throughout. 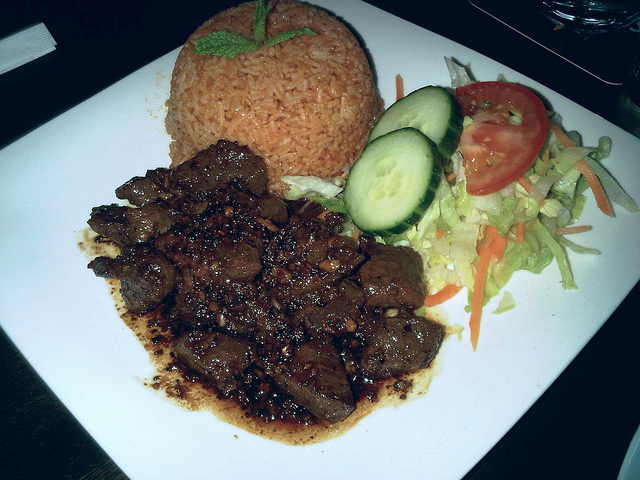 Another dish that is similar to the Phnom Penh menu is their Beef Luc Lac Rice. Again, the meat portion was large and the meat very tender, after being marinated in something similar to the Phnom Penh sauce, with a blend of both light and dark soy, and hints of oyster sauce as well. The rice was interesting, and it’s called tomato rice. There aren’t actually chunks of tomato in the rice, all you get is the colour.
The dishes here are reminiscent of Phnom Penh’s but they have plenty of other options that are unique, such as a Ramen Bolognese. Their appetizers are interesting and it’s clear that they are trying to make their dishes stand out on their own.