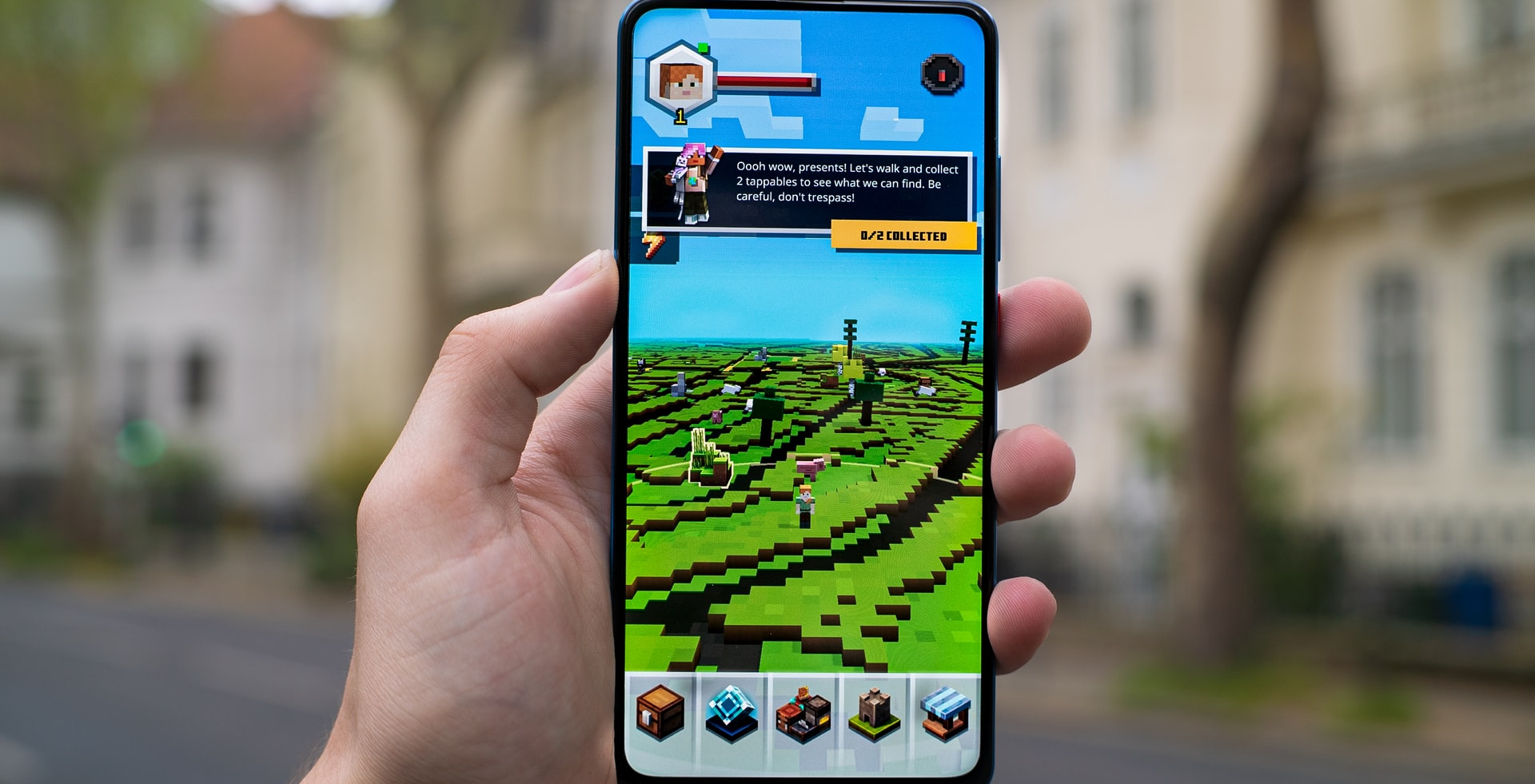 It’s hard to believe it’s been more than a decade since Minecraft was first fully released. In the years since, the influential game has expanded to mobile devices and consoles, cementing itself as a true cultural mainstay.

Today, the game remains popular as ever as sales officially topped $200 million and monthly players climbed to 126 million this past year. Minecraft has also found a new home in the past years, as a teachable tool.

Minecraft: Education Edition is free for students and educators in Canada and features more than 50 lessons in the STEM curriculum — teaching problem-solving and collaboration in an environment where many children already feel at home. Now, Minecraft: Education fans have an exciting new world to look forward to.

On February 10, after more than 14 months of collaboration between Canada’s Minecraft: Education Edition team and the Louis Riel School Division (LRSD), a new build that explores Manitoba Anishinaabe culture will launch.

The first of its kind in Canada, the latest edition — titled Manito Ahbee Aki, which translates to “the place where the Creator sits” — places an emphasis on honouring and celebrating Indigenous culture, community, and teachings within the context of local classrooms.

Manito Ahbee Aki players can expect to be engrossed in a pre-colonial North America that is geographically based on Manitoba’s western Whiteshell area, prior to European contact.

Bobbie-Jo Leclair, an Indigenous Education Consultant at LRSD, remarks that for students learning about Canadian history, the story often begins with colonization — which isn’t reflective of the Indigenous experience.

“As an Indigenous person growing up in Manitoba, I thought my history started at colonization because that’s how it is in the history books. But this game allows you to step even further and see what the history is for First Nations people. Our history is thousands of years old. You get a glimpse of that,” says Leclair. 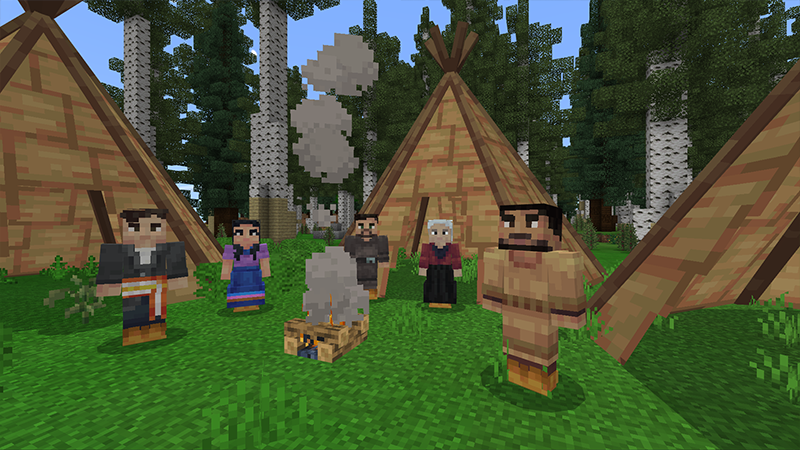 In the spirit of creating an authentic experience, members of the LRSD Indigenous Council of Grandmothers and Grandfathers (CGG) along with Frank Deer, LRSD Scholar in Residence, and Knowledge Keepers from the Manitoba Anishinaabe community informed and guided the creation of this interactive world.

It was a process that transcended borders, as key players from around the world worked together to give players an opportunity to experience a fun, engaging world where they could gain insights into genuine Indigenous experiences and perspectives.

In order for the project to be authentic, according to Corey Kapilik, a principal in Louis Riel School Division and a key contributor to the game, “We needed our Knowledge Keepers and our Grandmothers and Grandfathers involved from the beginning. Chickadee [an Anishinaabe Elder] has been overseeing and working with us and walking beside us for this entire project,” he says.

Kapilik also cautions that it’s paramount to remember Manito Ahbee Aki is the story of one Indigenous culture within Canada. “It’s important to acknowledge that this is one nation that is here, but there are many more nations in Canada,” says Kapilik.

The hope is that students will feel empowered to learn more about Indigenous communities and culture in an easy and captivating way.

Players will be transported to the unique world of a Manitoba Anishinaabe community, back in time, to uncover key learnings about Indigenous knowledge, culture, and tradition.

“It’s been a great opportunity to raise the profile of Indigenous people. And that everything, who we are, is still intact,” shares Grandmother Chickadee Richard, a member of the LRSD Indigenous Council of Grandmothers and Grandfathers and a key consultant.

The game’s overarching objective is to generate awareness and foster a deeper understanding of an Indigenous nation in Canada — an important first step towards reconciliation.

Many teachers have used Minecraft: Education Edition as a way of introducing a variety of topics to students. Now, Canadian schools will have the opportunity to download and share this latest world with their pupils.

“I feel it’s a great tool to correct history from an Indigenous perspective,” says Richard. 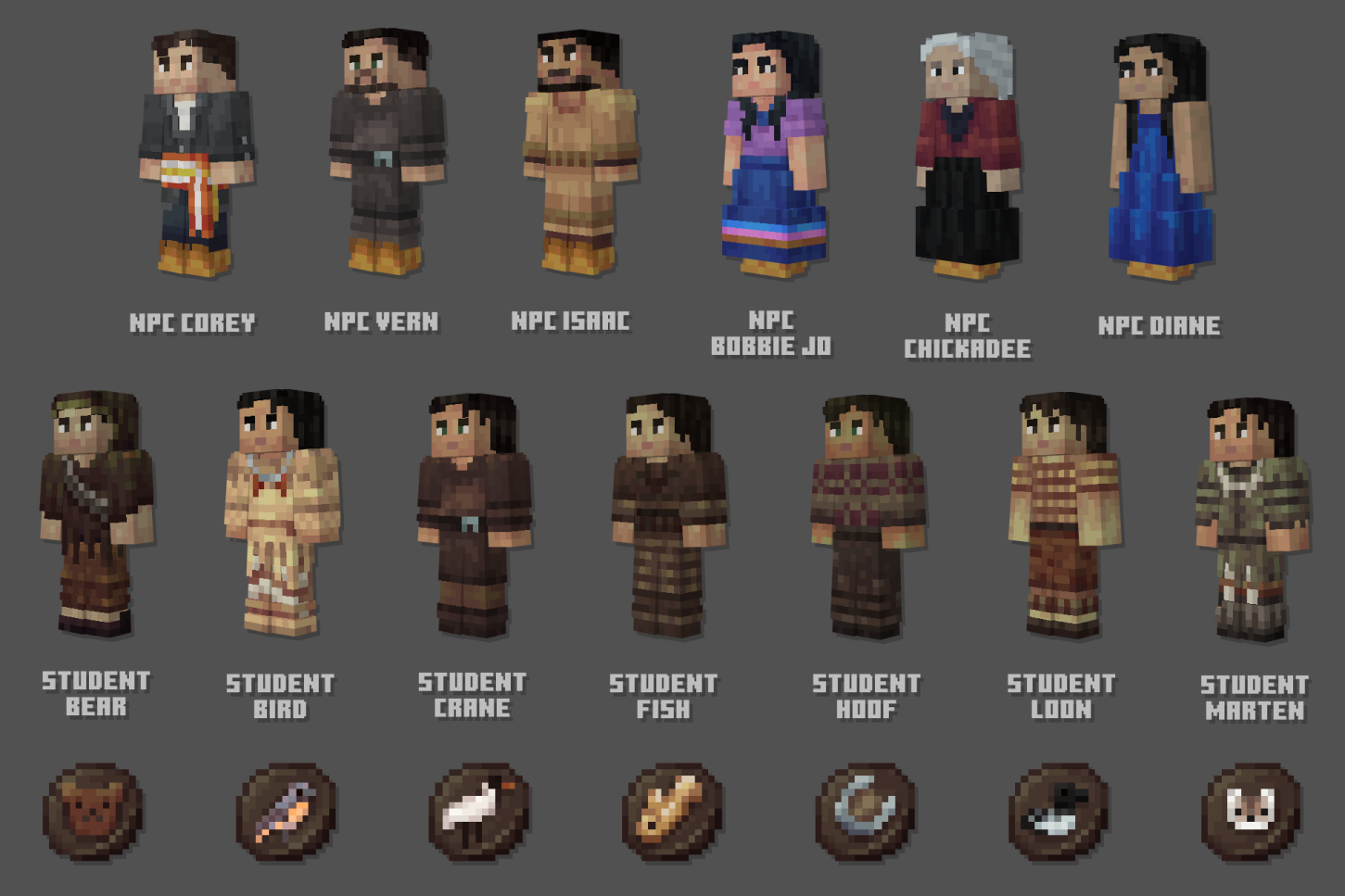 The digital recreation of the Anishinaabe landscape will include authentic Manitoba flora, fauna, and locations, as well as non-player characters (NPC) who are modelled after real-life members of LRSD’s CGG, LRSD educators, and Knowledge Keepers that belong to the community.

Kapilik also stresses that the game aims to subvert the notion that there weren’t healthy, thriving, sophisticated people here prior to European contact.

“It’s very important that people see that what was here, what’s always been here, is extremely valid, extremely important, extremely valuable. We can learn a lot from going back to Indigenous worldviews, ways of knowing, being, and understanding our relationships with the natural world,” he says.

The new world actually marks Minecraft’s second foray in helping to highlight Indigenous communities, the first being the Maori people of New Zealand.

In a final remark, Richard hints at what to expect in this new world: “It brings forward our strength, our beauty, and our culture in a way that hasn’t been seen before.”

To learn more about Manito Ahbee Aki and how to play, you can visit https://education.minecraft.net/.