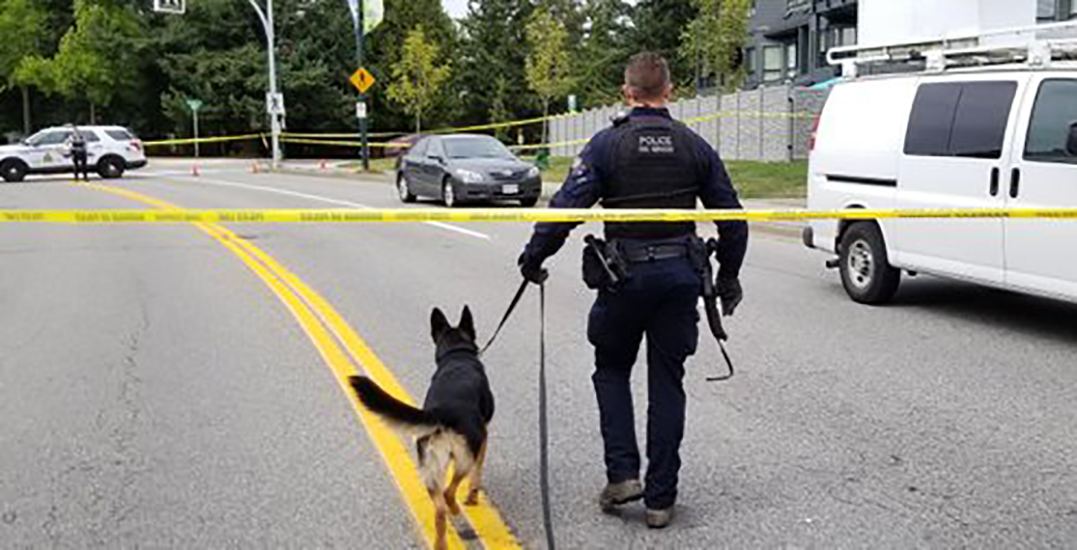 Update: The Integrated Homicide Investigation Team (IHIT) has announced that one male has been arrested at a nearby home in relation to Friday morning’s fatal stabbing.

#IHIT is in the 1700-block 152 ST in #SurreyBC after a man was found dead with stab wounds early this morning at around 3am. 1 male arrested at nearby home thanks to quick action of #IntegratedPoliceDogServices & @SurreyRCMP Detectives working to ID victim. Got info? Call #IHIT pic.twitter.com/0gVmCHTRGe

The Integrated Homicide Investigation Team (IHIT) is on the scene of an early morning stabbing in White Rock.

According to police, the incident took place just after 3 am. The Surrey RCMP found a man with apparent stab wounds in the 1700 blocks of 152nd Street, near the Semiahmoo Shopping Centre.

Police say that the man has since died of his injuries.

Although the investigation is in its initial phase, it’s believed that the stabbing was not a random act.

IHIT has now been activated and will be working with the RCMP.