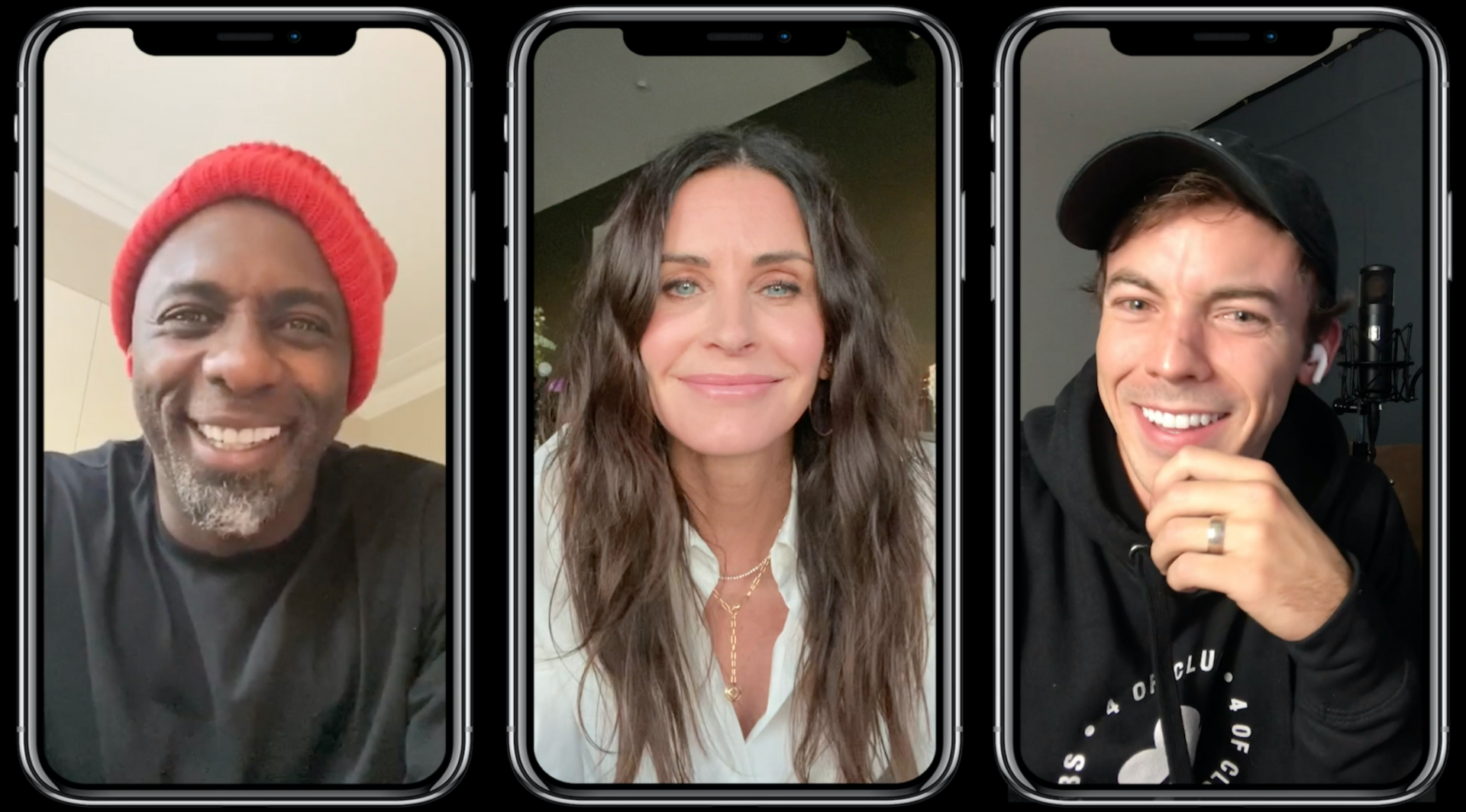 All hail Monica Gellar! Courteney Cox is the subject of Toronto rapper Connor Price’s latest tune, aptly titled “Courteney Cox” — and the Friends actress even makes a cameo in the video!

Price collaborated with Idris Elba on the tune, who also lays down a verse on the catchy beat.

Yes, that Idris Elba: in addition to his immensely successful career as an actor, the Brit is also a producer, songwriter, and DJ who has worked with Jay Z, Skepta, Sean Paul and more. In July 2015, he launched the label 7Wallace Music.

“My mom was obsessed with Friends and always had it playing in the house when I was growing up,” Connor tells Daily Hive.

“Courteney was on the TV in my living room for probably 90% of my childhood,” he adds, revealing his favourite episode is “the Thanksgiving flashback where she cuts off Chandler’s toe.”

The Friends star’s name pops up in the catchy chorus as Connor raps, “Cougar flirting with me, call her Courteney Cox/I don’t never pay no attention/Got my shorty locked.”

The hook also makes a tongue-in-cheek reference to her other popular series Cougar Town which ran from 2009 – 2015.

Connor appeared stunned when his idol crashed a FaceTime call with himself and Idris discussing the song (scripted, of course).

“Hi, Connor!… You wrote a song called Courteney Cox — is that actually about me? So, I’m the cougar that comes in starts to flirt with you?” she hilariously asks.

“Oh my god, Courteney Cox! I’m such a big fan!” Connor exclaims as the actress appears confused about who Idris is.

The British actor explains he’s “Idris Elba” and that the song is an “homage” to her.

“I appreciate the homage, but it turns out rapping’s not that hard,” Courteney responds, dropping a surprise verse of her own!

“Sorry, Connor, but the doors locked/Idris got a style that’s unorthodox/Look who’s coming at you, it’s Courteney Cox,” she raps for the first time.

“Virtually meeting Courteney was as scary as it was exciting. You can imagine it was very intimidating for me to be on a group call with Idris Elba and Courteney Cox,” the Toronto-based rapper tells Daily Hive.

“Luckily for me, they are genuinely two of the most humble and kind people I’ve ever met.”

It turns out, the cameo and guest rap was also all Courteney’s idea.

“She cared so deeply about the video once she became involved. She helped write the skit, she helped edit the video, and the rapping was entirely her idea,” Connor revealed.

“I couldn’t believe how much effort and creativity she brought to the table. She didn’t have to do any of it. She’s the best.”

Connor kept the nostalgia going with merch for the tune: both he and Idris rock sweatshirts with their own names written in the same typeface of the Friends logo. 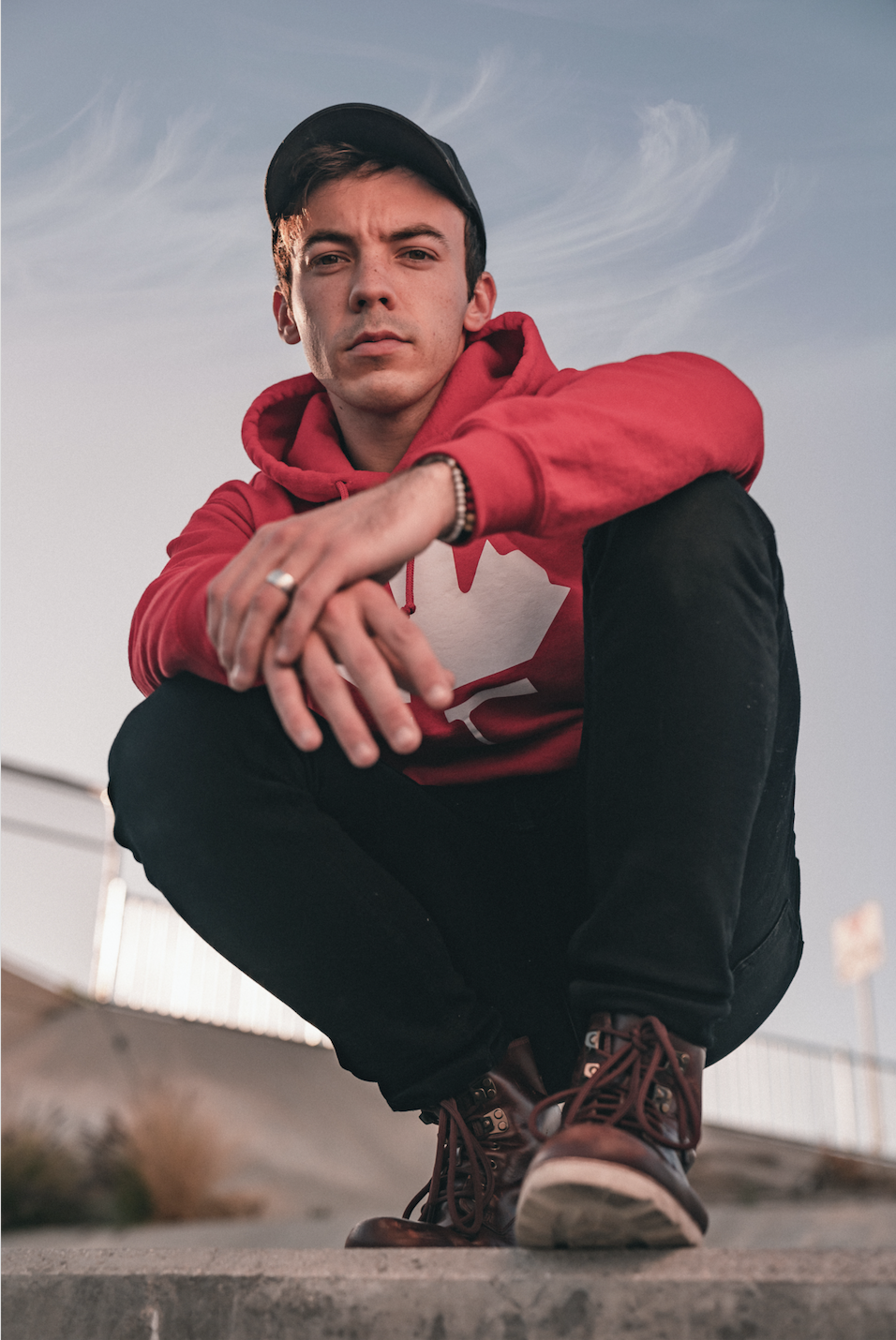 “I think that’s a sick concept and begs us to go in,” Idris can also be heard saying on the track, presumably in reference to Connor’s “Courteney Cox” pitch.

In his verse, the Bastille Day actor — who is married to Vancouver’s Sabrina Dowre — echoes Connor’s beliefs about staying “independent” as an artist and thinker. “Yo, I love it…yeah, I think that’s a great idea, man,” he says again.

As for Connor, the up-and-coming artist has been making a splash in The Six and beyond under his 4 of Clubs brand. He posted his self-directed video for the tune “Typical Rapper” which racked up over a million views on Facebook.

“They say ‘never meet your heroes,’ but Idris is definitely the exception,” Conor added of his latest musical collaborator.

“There’s a reason why you’ll never hear one person have anything negative to say about him. He’s as humble and kind as he is talented. Working with him musically as well as getting to act with him in the skit at the end of the video was a dream come true for me,” he added.

For the Friends fans: Courteney and the entire cast — including her real-life BFFs Jennifer Aniston and Lisa Kudrow, along with David Schwimmer, Matthew Perry and Matt LeBlanc — are reuniting for a special on HBO Max. The group was set to film in a set just like the one from the Central Perk coffee shop, but COVID-19 has continually delayed production.