The iconic Tiffany & Co. has announced that it plans to expand its freestanding Vancouver location by adding a second level this summer. 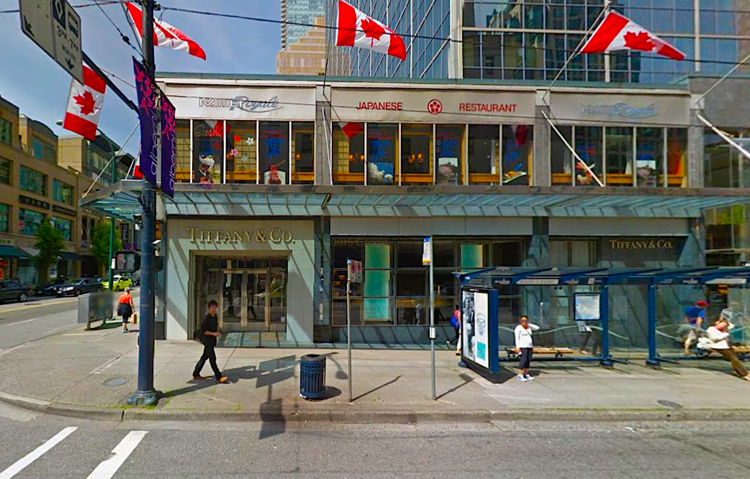 Located at the heart of the downtown ‘Luxury Zone’ on the northwest corner of Burrard Street and Alberni Street, the current store originally opened in the fall of 2006. With an existing is 4,700 square foot of retail space, the proposed expansion will move upwards into the space currently occupied by Japanese restaurant Kamei Royale.

The Kamei Royale is celebrating its 20th anniversary this year and is renowned for helping to introduce the traditional food and culture of Japan to Vancouver at their original West Pender street location. From there the restaurant moved to West Georgia and now is set to move again, moving to its new home at 1066 West Hastings in early 2016.

Tiffany & Co. originally entered the Vancouver market as a licensed shop-in-store within Holt Renfrew in 1994. Tiffany continues to operate a shop at Vancouver’s Holt’s, operated as a concession.