Specializing in Ice Fried Yogurt, ON Yogurt offers customers a unique choice of frozen desserts to be had in Vancouver.

There’s no frying in hot oil though, as the name might suggest–this frozen treat is actually made without oil or heat; it is simply flash frozen. 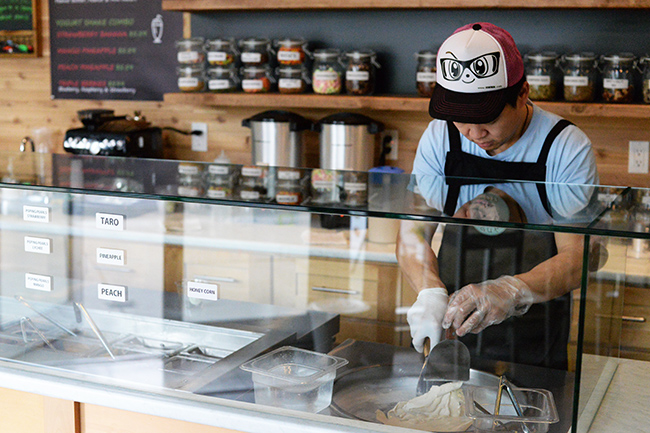 ON Yogurt owners Mary Hou and Joseph Zhao say they learned of this iced-treat making method while traveling abroad in Thailand. In their Yaletown shop, they make their own organic yogurt in-house, as well as a yogurt-based gelato, then “ice fry” it right in front of customers.

How’s it done? They pour the yogurt onto an ultra-cold grill (along the lines of an anti-griddle, which you may have seen on shows like Chopped), and constantly manipulate it until it’s frozen. Half of it is scooped into the cup, the other half spread thin, then scraped into curls that go into the cup. You can get the yogurt ice fried with a variety of fresh fruit and other ingredients, including tapioca pearls, nuts, seeds, jellies, or chocolate flakes, and more, worked into the yogurt or as toppings. 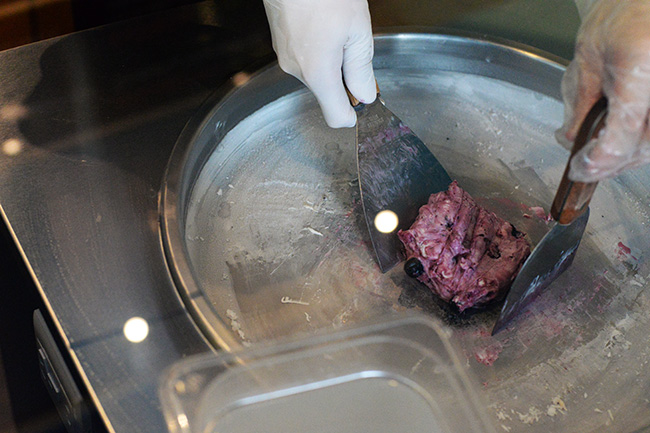 Yogurt flavours include original, chocolate, matcha, peanut butter, or Earl Grey, and you’ll find seasonal specials, too. Also on the menu are yogurt-based drinks, bubble tea, coffee, waffles (topped with Ice Fried Yogurt of course), sandwiches, and pastries. In addition to the food and drink offerings, ON Yogurt sells their own merchandise, like tote bags, home decorations, and other daily-use items.

We got a behind-the-scenes look at how ON Yogurt makes their signature “ice fried” yogurt and gelato. 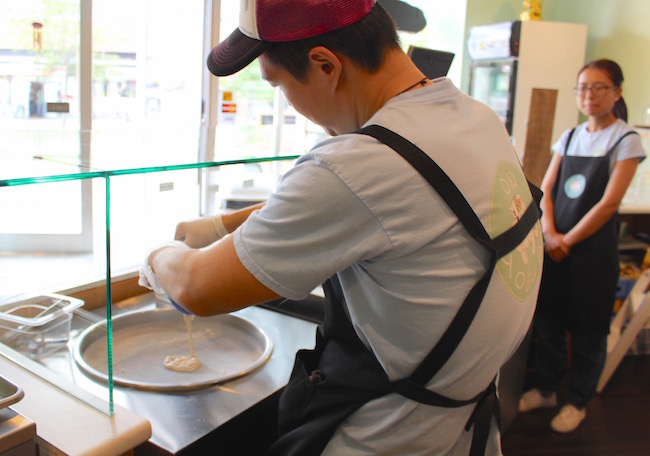 The yogurt is poured in a circle, and starts freezing right away: 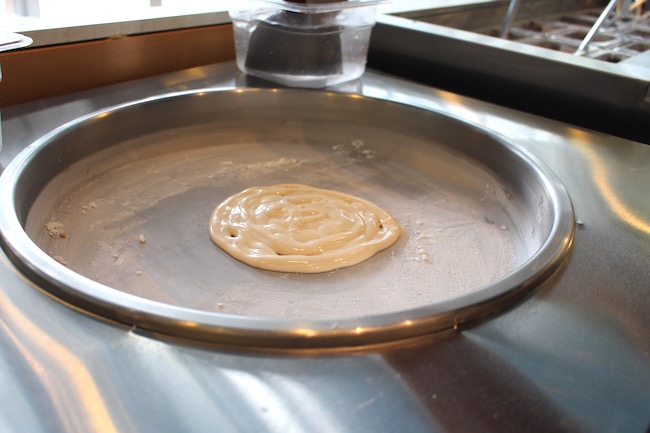 Zhao uses paddles to manipulate the yogurt as it freezes: 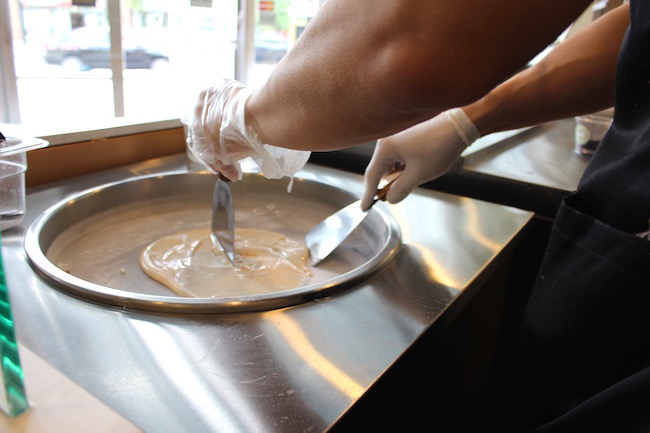 The yogurt is almost frozen and is firming up: 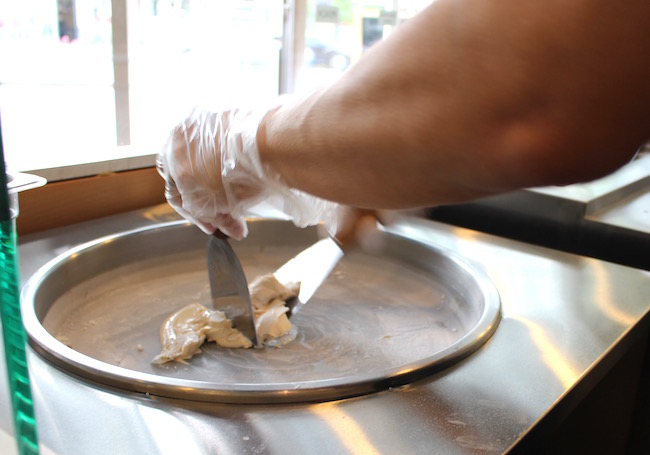 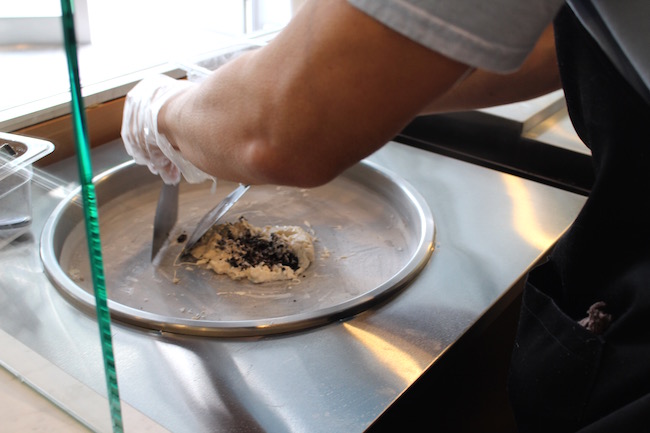 With half scooped into the cup, Zhao smoothes out the rest on the pan and forms it into curls: 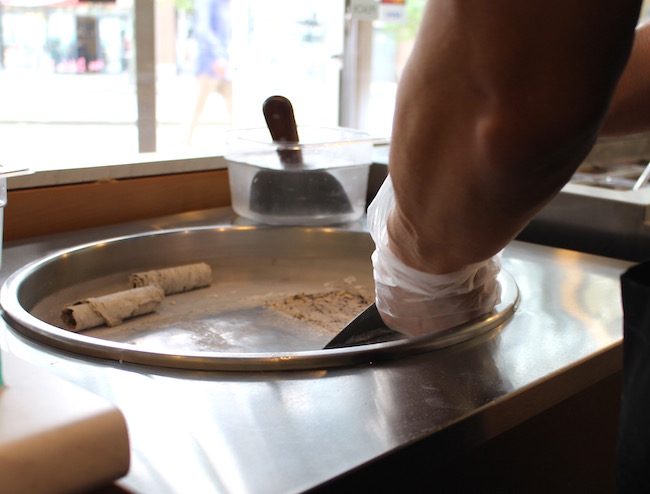 Finishing up with the ice-fried yogurt gelato by placing the curls upright in the cup: 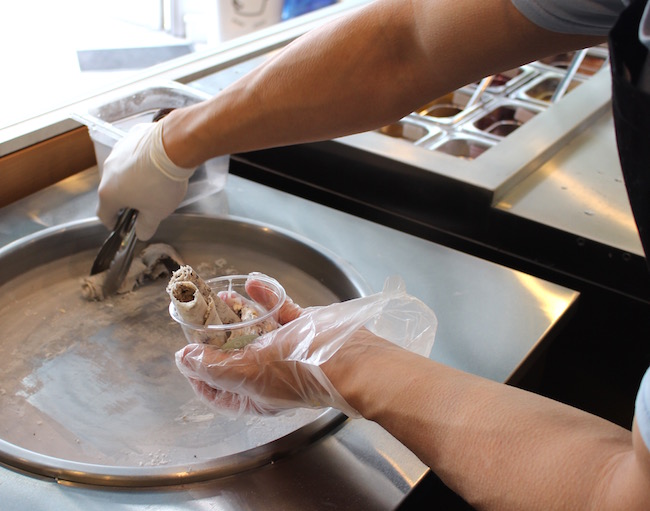 Over to the toppings station: 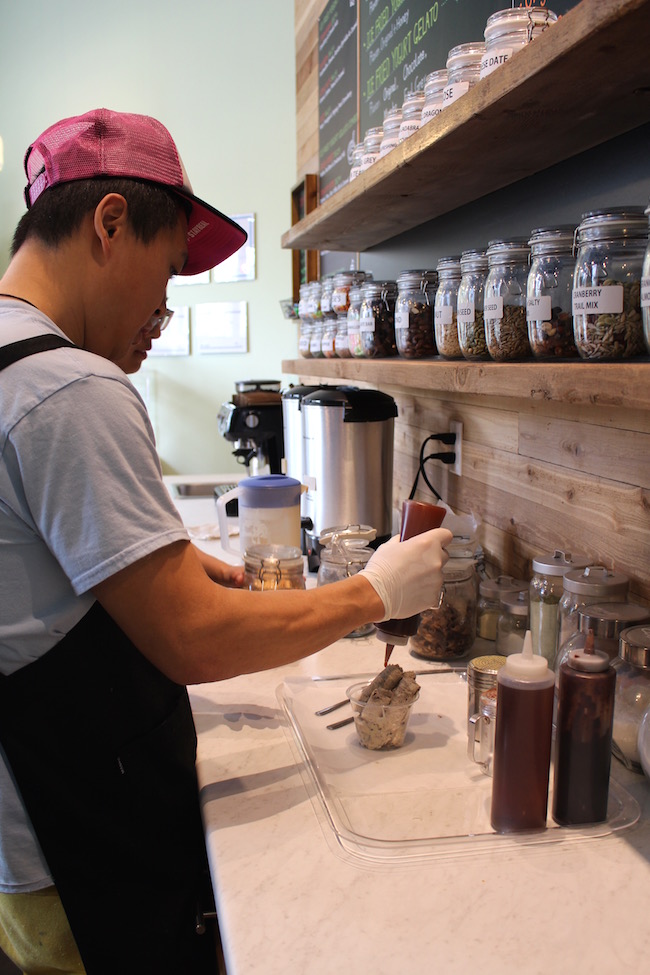 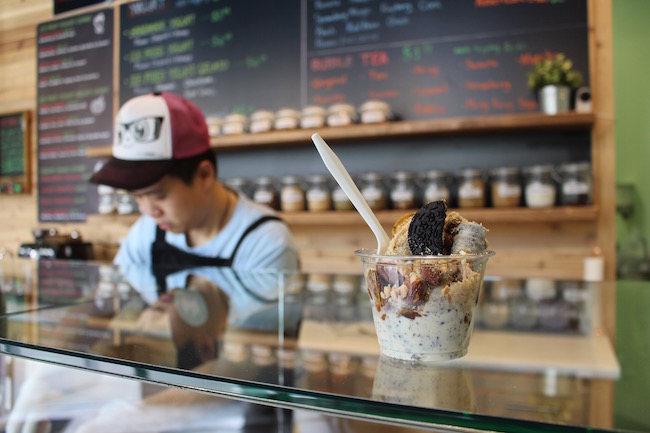