The Insurance Corporation of British Columbia (ICBC) says they are going to start sending out refund cheques totaling $39 million to customers who overpaid over the past six years, and the mailing should get underway August 20.

In April, ICBC was found to have been both over- and undercharging customers for optional insurance by using a faulty method of determining particulars about their vehicles. As a result, about 40,000 ICBC customers paid too much in recent years, and are due a refund, plus interest. While those payments were expected to be sent out in July, ICBC finally announced Friday they will begin the mailing process shortly.

While a refund does sound terrific, the reality is most customers are due an average of $18 per year, and ICBC is only able to go back six years.

Fortunately, those who underpaid are not being asked to reimburse ICBC.

ICBC says this isn’t going to happen again, because they have since “moved to a new system for updating vehicle descriptions which includes new technology which automatically identifies the vehicle’s description using the vehicle identification number (VIN) provided by the vehicle’s manufacturer.”

Some customers may receive letters from ICBC requesting additional vehicle info to help them determine the correct rates.

ICBC says they will make dealing with customers with issues regarding vehicle descriptions and refunds a priority. 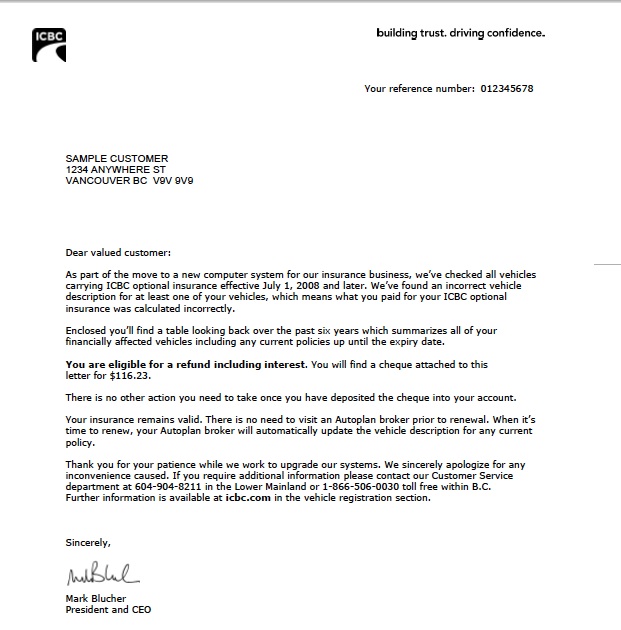