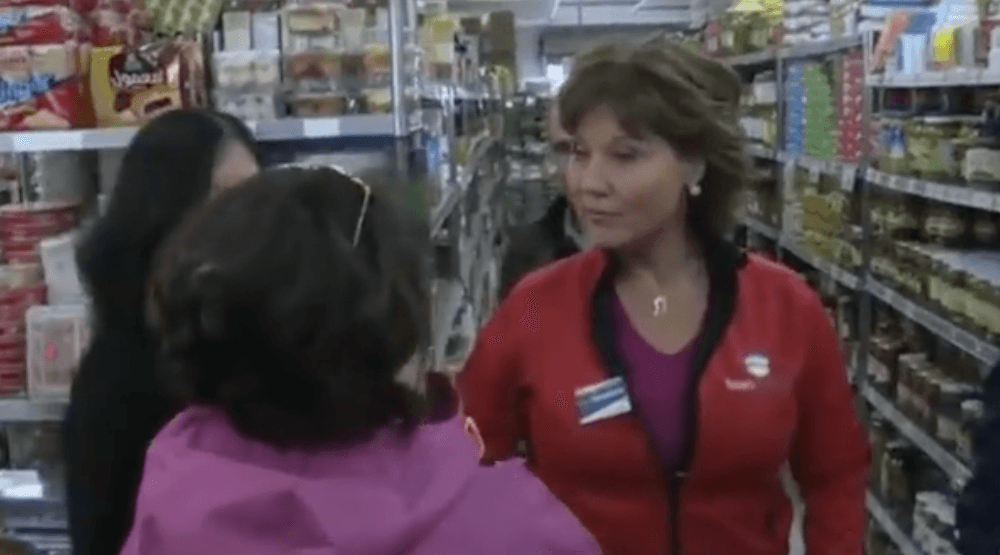 A BC woman inspired a Twitter hashtag after a confrontation with BC Liberal leader Christy Clark in the aisle of a grocery store.

Clark was doing a walkthrough of the business, when a woman named Linda introduced herself to Clark.

She began to say “I would never vote for you because…” before she was interrupted and dismissed by Clark, who said “That’s why we live in a democracy.”

For reference, here’s the video of the interaction caught by CBC:

A moment from the campaign trail: “I would never vote for you.” And @christyclarkbc replies, “That’s why we live in a democracy.” #BCVotes pic.twitter.com/4mzqzP00Hr

Linda- “I would never vote for you.” @christyclarkbc replied, “That’s why we live in a democracy.” #MainstreetingRisks #bcelxn17 #bcpoli pic.twitter.com/RHyZzB3pzu

Clark’s dismissive reaction and response prompted many to to take to Twitter with the hashtag #IAmLinda, to proclaim their solidarity with Linda and make their own feelings about the BC Liberals and Christy Clark known as well.

#IamLinda as I am tired of Crown corporations being used as cash cows in order to create fake balanced budgets. #bcpoli

Even long time Liberal supporters are with Linda because after 16 yrs the kool aid is just not cutting it #IamLinda pic.twitter.com/8IL0j1c4M3

@molly_n_max @cbcnewsbc @christyclarkbc #IamLinda because I want a Premier who really listens to people, cares about people, and who doesn’t just use people as photo op props

‘Take her 2 a store so she can prove she’s one of the people,’ said no one at the @bcliberals campaign office, ever #IamLinda #elxn2017

#IamLinda because I care about BC’s future and four more years of @christyclarkbc scares the hell out of me.

#IamLinda because I care about those autistic kids that had their support services cut. #bcpoli

#IAmLinda because i watch my mum worry about money everyday, even though she is educated and works a good job. jobs aren’t always the answer