A 40 to 60 year old elephant, and one of the largest ever seen in Zimbabwe, has been shot dead by a German hunter.

The tragic scene permeated the internet Thursday night as news of the majestic animal’s death traveled west. According to The Telegraph, the UK paper which broke the story Thursday, the elephant was the biggest killed in Africa for almost 30 years.

He travelled to Zimbabwe for a 21-day game hunt to hopefully shoot any of the country’s big five animals, such as lions, elephants, rhinoceros, buffalo or leopards. The £40,000 permit was reportedly purchased to kill a large bull elephant while being guided by a local professional hunter.

The elephant’s tusks were so large, they touched the ground and weighed 122 pounds, according to the Zimbabwe Conservation Task Force.

This comes only a few months after an American dentist named Walter Palmer killing a black-maned lion named Cecil the Lion, who was very popular among the Zimbabwean conservation park’s visitors. Palmer was publicly scrutinized around the world for hunting and killing the lion.

While the images are being shared across social media, some commenters have questioned the validity of the photo or date it was taken.

A photo of the elephant killed by a German hunter: 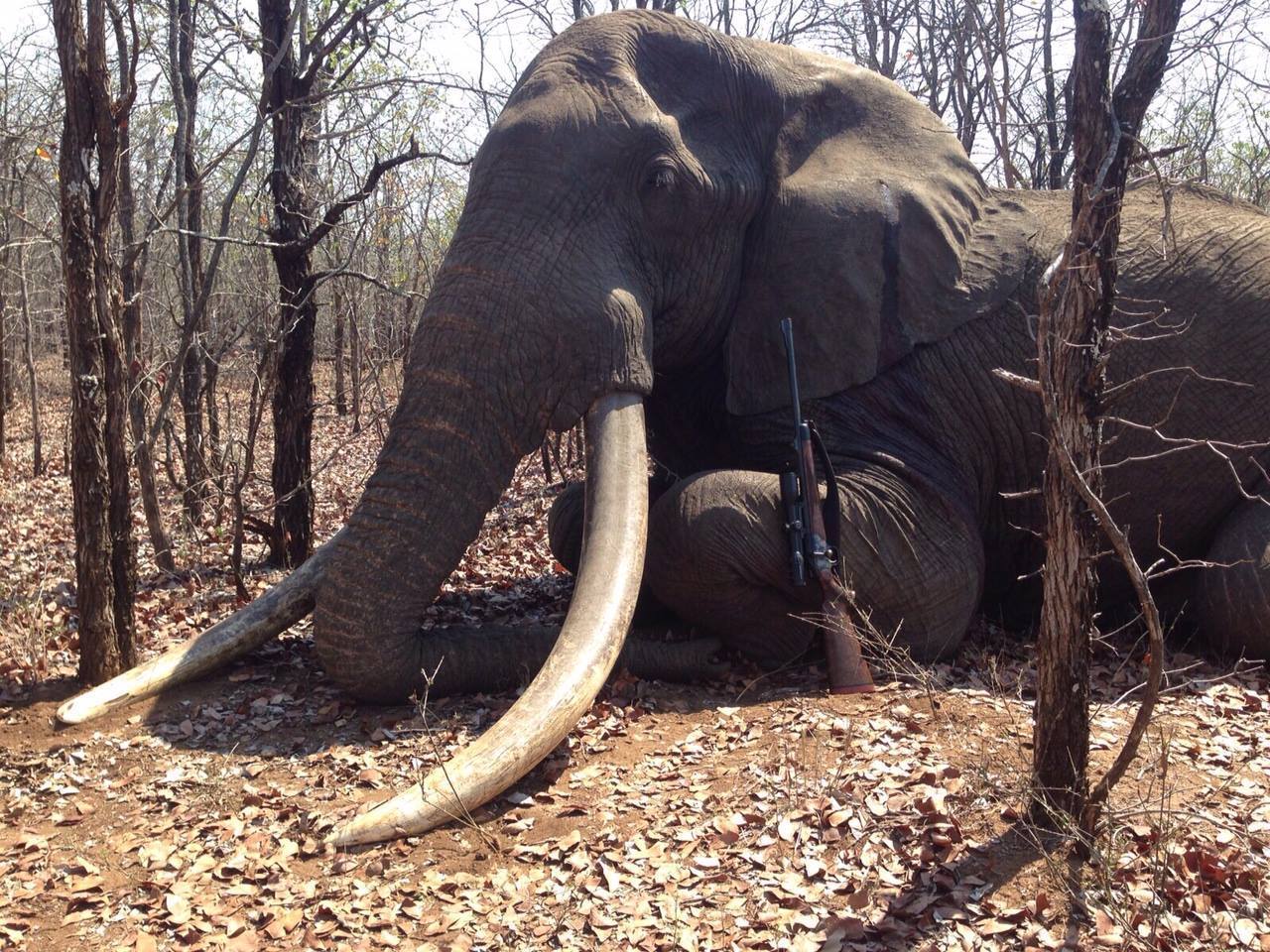 Image: Game Animals of the Past and Present / Facebook