Hunter Gatherers is slick black comedy that looks and tastes good. While not everyone’s cup of theatre tea, it’s a refreshing departure that favours excess over constraint.

Playwright Peter Sinn Nacthrieb’s dialogue anchors the play in great moments of wit and truth, pauses that break through the general chaos and excess. No subject is taboo, and what’s usually left unsaid in polite company always bubbles to the surface to great effect. These characters have no filter, and by the second half, no inhibitions – a complete breakdown of the social mores that usually repress desires and action. 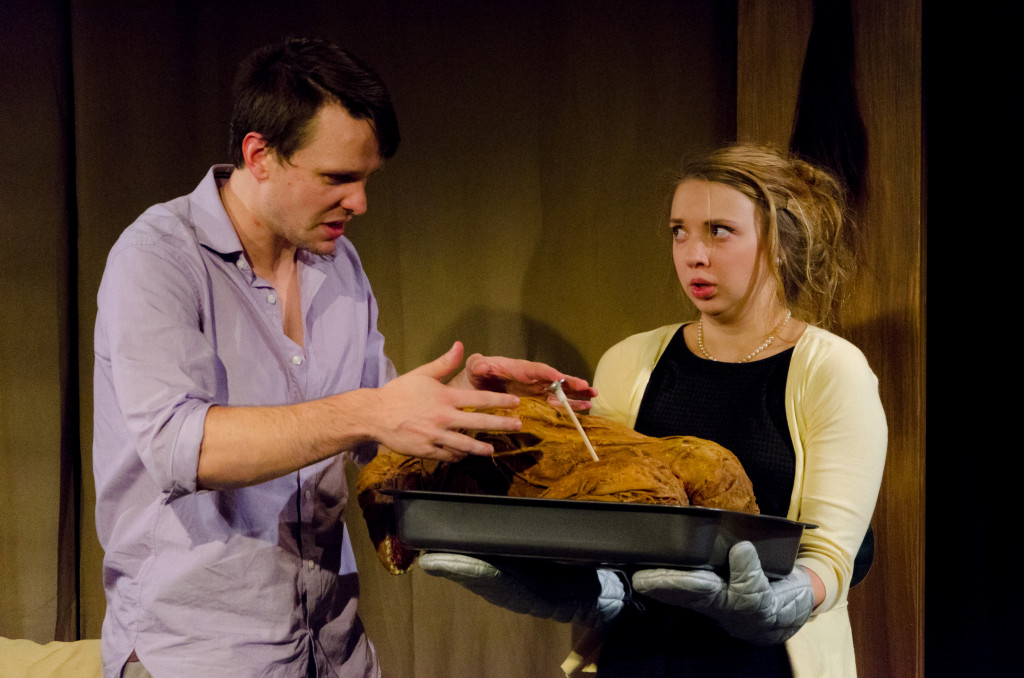 What a great treat for the four-player production, to exhibit truly over-the-top characters at a dinner party that is more flamboyant and extreme than any in reality. My favourite was Peter Carlone as Tom, who showed absolute brilliance in all of his show-stopping lines. Jay Clift as alpha male Richard surprised me the most, at times carrying the entire momentum of the play on his shoulders, and always exhibiting that perfect commitment that made the ridiculous believable. 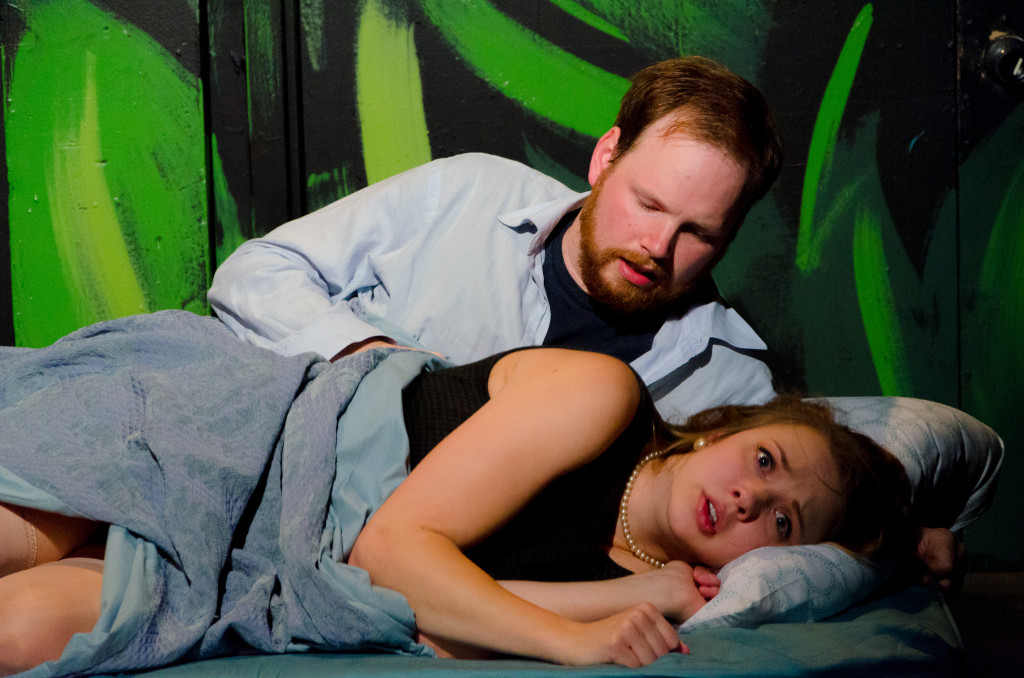 Pippa Mackie’s facial expressions were, as usual, priceless, and it was a pleasure seeing her gradual devolution from docile hostess to something both sinister and self-assured. Maryanne Renzetti was solid, but displayed much of the same character as in Cocktails With Pam. I was left wanting to see what she could do with an entirely different role.

Hunters Gatherers is a great evening of black and bloody entertainment, a treat for audiences that like their theatre unsterilized and raw.

Hunters Gathers is produced by Staircase XI Theatre Society, and plays at the Havana Theatre until November 9. More information here.