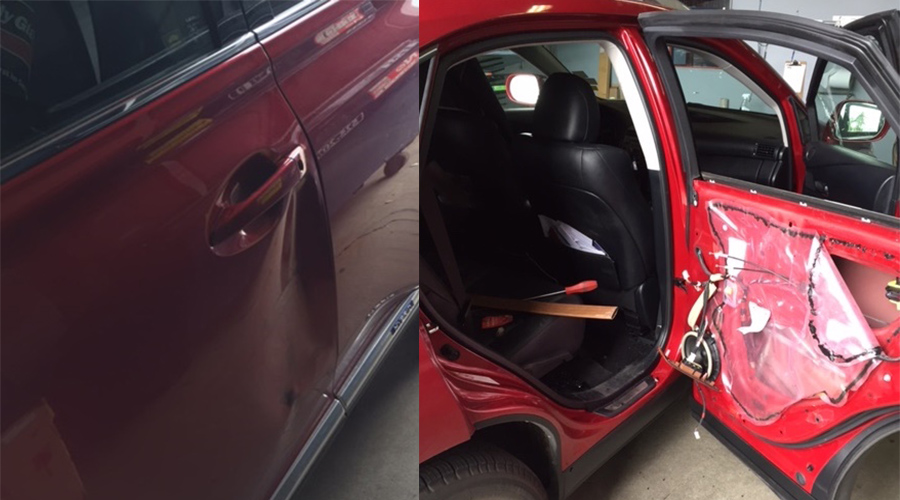 Yet another Lexus SUV has been badly damaged on the North Shore after a hungry bear broke in to steal some protein bars.

The North Vancouver RCMP say the bear broke into the car in the early morning hours of Wednesday morning in front of a house on Panorama Drive in Deep Cove.

The bear broke windows, tried to pry open a door, and tore up the interior of the car. Numerous paw prints and bits of fur were found throughout the car.

After having a delightful protein bar feast, the bear likely ambled off back into the wilderness.

This is the second Lexus to be badly damaged on the North Shore by bears in the span of a few days. The first vehicle was damaged to the tune of $10,000 after a West Vancouver family left a large amount of food in their car overnight.

Corporal Richard De Jong says it’s important not to leave any kind of food in your vehicle, since bears have a “keen sense of smell” and incredible strength.

If you live in an area with lots of bears, here are some recommendations: