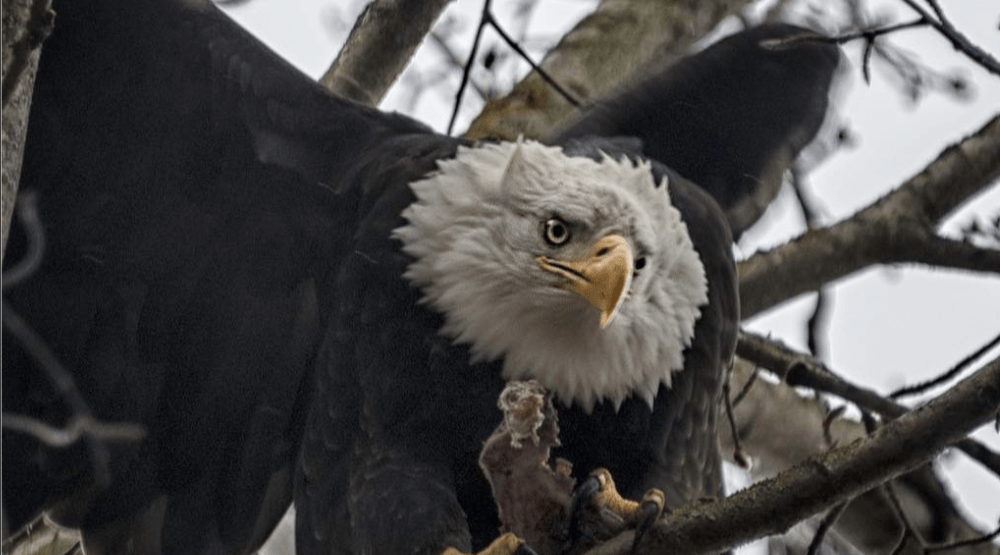 Hundreds of bald eagles have been spotted at a South Delta farm and the birds don’t plan on leaving anytime soon.

“They have been here since mid-December and they will (stay) probably until the beginning of March,” Rob Hope, the raptor care manager at Orphaned Wildlife Rehabilitation Society.

According to Hope, this is not the first year the eagles has flocked to the farm. “It has happened in years past, there seems to be more this year than previous years.”

“So the eagles are either stealing the meat from the seagulls or killing the seagulls and eating them,” said Hope.

Another factor for the large eagle population is due to the rising river levels in October and November in salmon spawning streams.

“A lot of the salmon weren’t on the banks in easy access for the eagles. So all the fish got blown out without easy access,” said Hope. “This is sort of a high-stress time between now and breeding before the salmon return. So this is an area that now they found to sustain themselves for the next little while.”

The hundreds of eagles have caught the attention of many birdwatchers but Hope stresses that people should stay off the road and respect private property. The best way to view the birds is probably by zooming in on your camera or using binoculars.