A humpback whale has been seen swimming in the waters of Burrard Inlet over the past few days. Photos and videos of sightings in English Bay and just off West Point Grey were taken on Friday and Saturday by a few lucky Vancouverites and tourists. And it has many wondering: Will it make a reappearance today?

As it turns out, the same whale may have been roaming around in the area since the Easter long weekend. Video posted onto YouTube last week shows a group of boaters experiencing a close encounter with a humpback whale approximately 1.5 kilometres north of the Jericho Beach shoreline.

The whale put on quite a show for the boaters by breaching and slapping its tail in the water several times.

And on Thursday morning, kayakers paddling in the middle of Burrard Inlet – a few kilometres away from Jericho Beach – saw a spout of water rising in the distance just as the sun was beginning to rise. Dave Winckler, who was on the kayak, managed to take video and photos of the playful giant’s spout and approach. 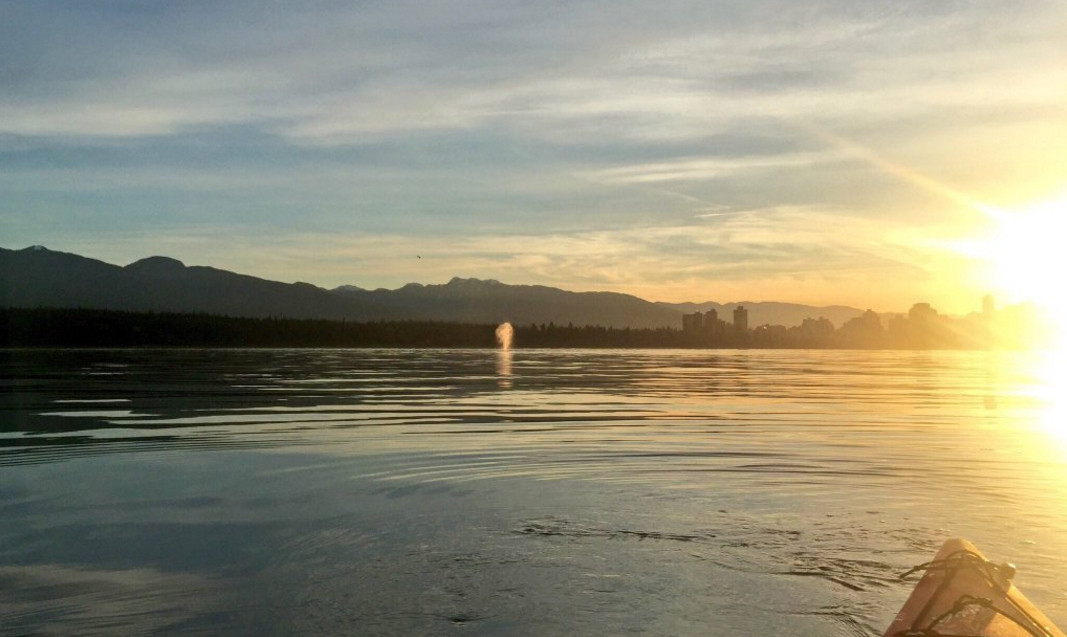 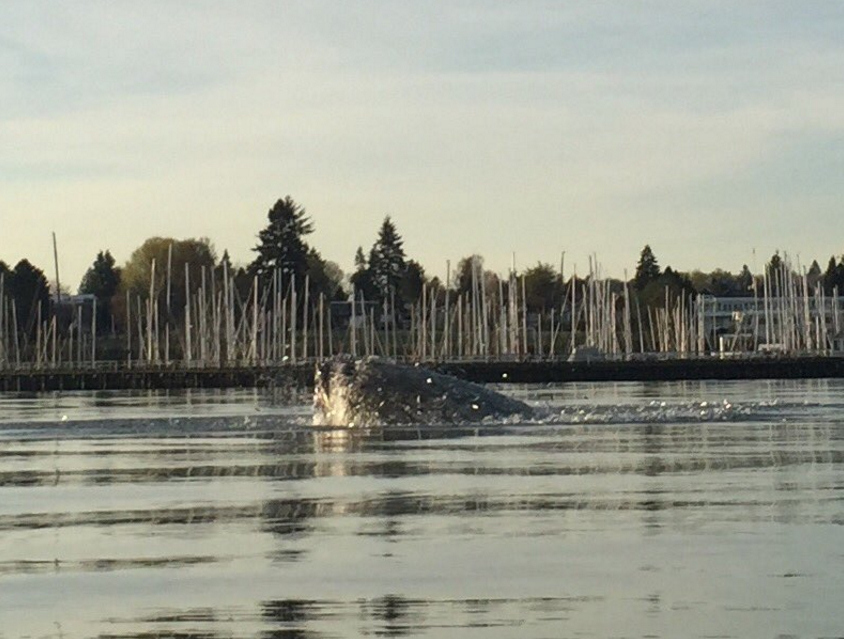 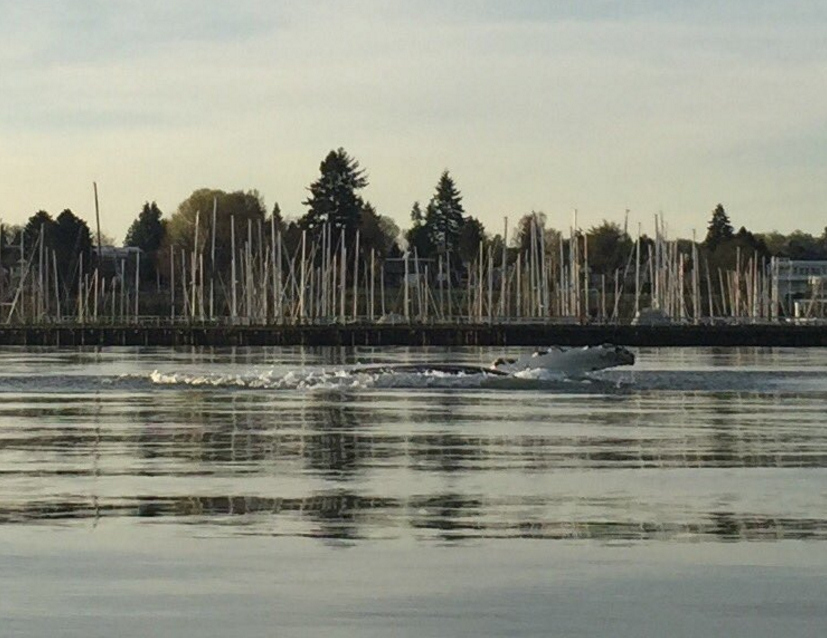 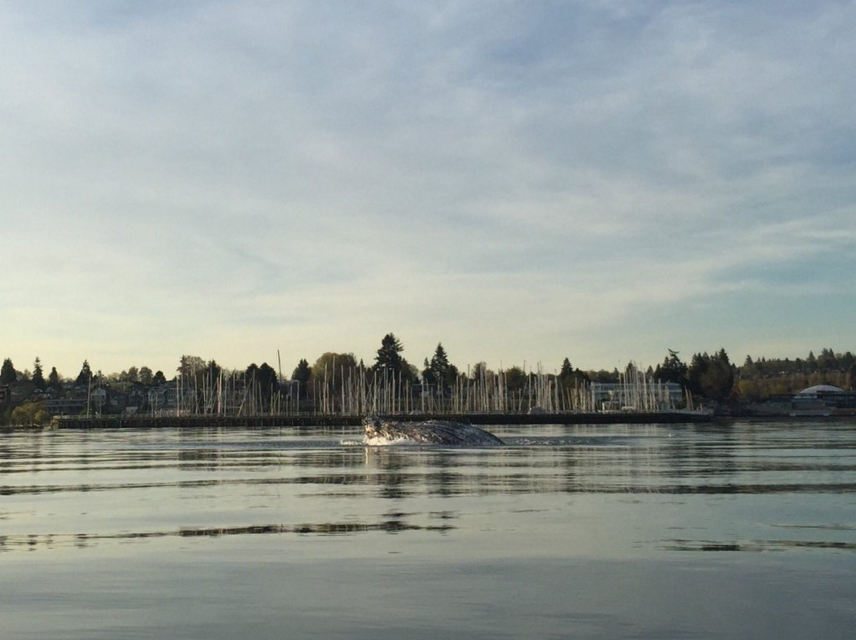 Humpback whales are the most playful and acrobatic species of whales in the world. Just for fun, they are even known for turning over small icebergs in the Arctic.

These whales can grow up to 15 metres in length and live up to 50 years. Currently, scientists estimate there are 40,000 humpback whales in the oceans.

With some of the humpback whale populations in the Northeastern Pacific, they make slow-trek migrations of up to 5,000 kilometres each year. One of these groups migrates to the coast of Mexico and Central America in the winter and then returns to the coastal area spanning from California to southern British Columbia in the summer and fall.

Anyone on a boat who encounters a whale should turn off their engines and maintain a minimum safe distance of 100 metres (328 feet) at all times.

If you’re able to spot the whale, email your photos to tips[at]vancitybuzz.com or post the photos on social media with the hashtag #VancityBuzz and we will share it with our readers.