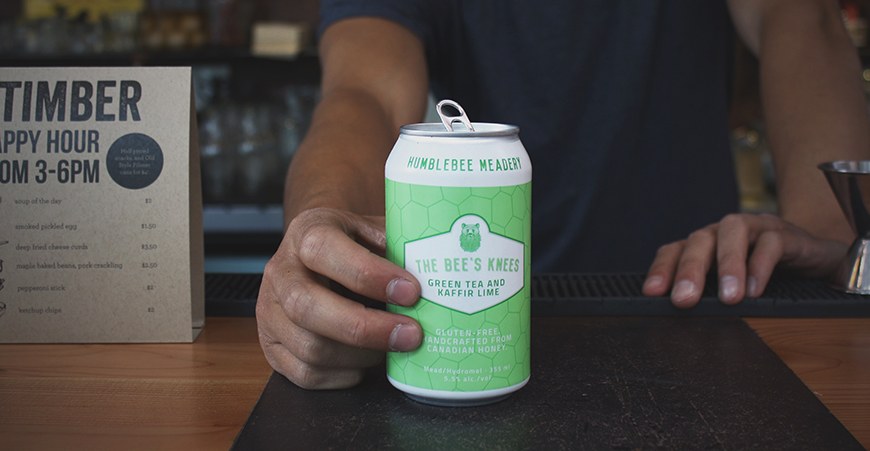 Beer drinkers take note, there’s a new kind of brewer in town. Located at 1575 Vernon Drive, Humblebee Meadery offers a craft alternative to beer or cider in the way of, you guessed it, mead.

Humblebee started with two local lads, Pierre Vacheresse and Jeff Gillham, and a dream; a dream to recreate an ancient beverage (made from fermented honey) for the 21st century palate.

Not as dry as a beer, not as sweet as a cider, mead has created its own up and coming category in alcohol. Through the infusion of more aromatic flavours (ingredients include grated fruits and herbs), carbonating, and an alcoholic volume of 5.5%, Humblebee has developed a refreshing, light, gluten-free beverage.

In an email, Vacheresse tells Daily Hive about this unique and recently launched product.

We always wanted to try and make our own one-of-a-kind beers, but with the explosion of craft breweries over the last five years we realized we would never compete with what was already offered at liquor stores. Jeff then started to explore other options to brew at home and mead was something totally different from anything we had ever seen or tried. We had never tried mead until our first batch was completed, after that we were completely hooked. We figured it had real potential to become a popular drink again. 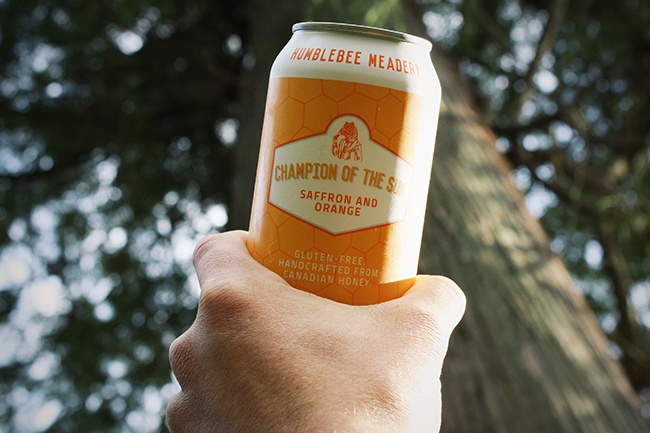 How have you updated this ancient drink for the 21st century palate?

We’ve tried to stay away from the traditional meads that are more like dessert wines and have a stronger Alcohol by Volume (ABV) of 13 to 15%. Our mead is effervescent, it has dry aromatic flavours and we’ve canned and carbonated it so it is a drink for any occasion.

In addition to Saffron and Orange and Green Tea and Kaffir Lime, do you have any other flavour combos planned for future brews?

We have a healthy pipeline of flavours currently in development, once we’ve established a customer base this season we aim to release our next flavour next spring. 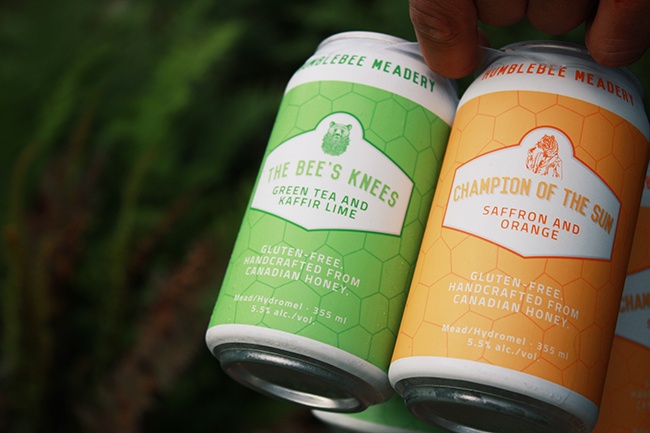 For those who have never tasted mead, what can they expect when they take a sip of Humblebee’s brew?

Even if they have tasted mead we hope to shock their palates and give them something they’ve never tasted before. We believe our flavours appeal to all cider, beer, and/or wine fans. It’s really an ideal summer drink that is almost too easy to indulge in. It also has great potential for cocktails and a few of the mixologists in town will be hopefully adding things like the “meadjito” to some menus in the near future.

Humblebee products (sold as a four-pack) are currently available in a handful of stores and restaurants, such as Coal Harbour Liquor Store and Timber. Vacheresse and Gillham are continuing to work with local private stores to offer tastings of their new and unique product.