Inspired in part by the wildly popular “Humans of New York” online photo series, a pair of Vancouver teens are running their own street portrait blog.

Best friends Anisha Cheema and Julianna Perkins, both 16, are behind Humans of Vancouver, which offers people a glimpse into the lives of locals caught for a moment in time by the camera’s lens.

Cheema and Perkins have spent the last few weeks posting photos they’ve taken of people they’ve encountered out and about in Vancouver, and they include a bit of text that allows the viewer some insight beyond the immediate visual. Artists, musicians, and even a beekeeper have crossed the girls’ path, as have older folks, or young people closer to their age group. Still in its early stages, the photos have already given the high schoolers a great platform for showcasing Vancouver’s diversity–and it has attracted some attention for the duo. 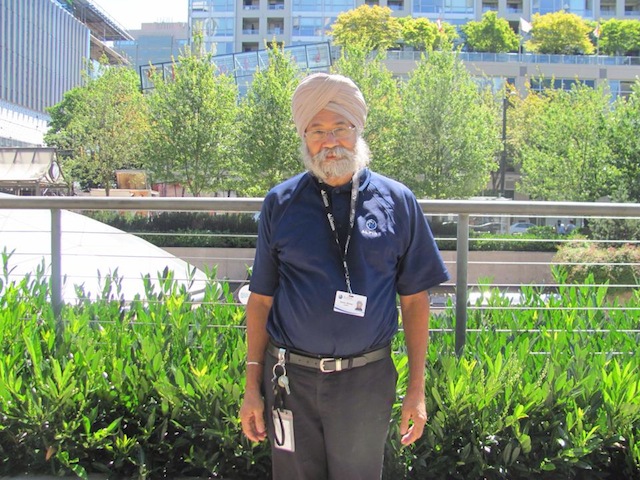 “- What’s one thing that has made you happy today? “Only one thing?”” (Facebook)

We got in touch with Cheema and Perkins via e-mail to ask them a bit about where “Humans of Vancouver” came from, and where it’s going.

Vancity Buzz: Is your site just on Facebook?
Cheema and Perkins: Well, it technically started on Instagram, but we saw a lot less success there, so it’s become kind of secondary to the Facebook page. Eventually we hope to spread out to other media outlets as well.

What did you find compelling about the Humans of New York blog?
It was less the actual content and more the purpose and backstory of the blog. Here’s this guy (Brandon Stanton) who just lost his job in Chicago and he moves to New York City. He develops his passion for photography into a personal project, creating conversations and sharing the personal stories and uniquenesses of random people. He could have faded into the background, but instead we think his ingenuity and devotion to the project is what really made it become this outstanding achievement in photojournalism.

What is your strategy for picking people to photograph and then approaching them with questions?
It’s less picking the people and more just being observant to who seems open to a good conversation with a stranger. You can’t really “pick” one person over another, because you never know what stories each person could give you. That being said, obviously before anything you have to introduce yourself and your purpose, and then ask permission before taking their picture. Sometimes we have a question in mind before we walk up to them; other times we just go in and ask how they’re doing and see where the conversation leads.

Has anyone you met really surprised you?
Sometimes it surprises us just how personal people are willing to be when we ask them a question. In one event, all Julianna asked was “How is your day?” and the woman told her (Julianna) about how her boyfriend had gotten back into drugs, but that she had told him he needed to go to rehab and he finally went. We think that there are people who just really need someone to open up to because they don’t have many opportunities to do so, and we’re honoured that they deem us trustworthy enough to share those personal stories with us. 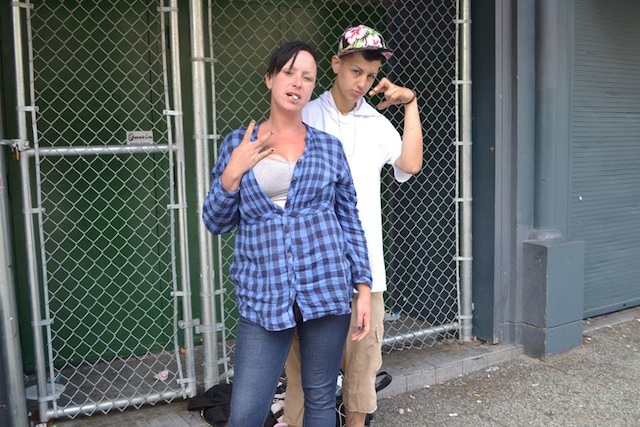 “- How do you guys know each other? “I don’t think I can disclose that information.” (Floral-Hat bikes away) “We are both in… sales”” (via Facebook)

Do you think there is a typical Vancouver kind of person?
[W]e don’t think there is anyone that totally encapsulates Vancouver as it is a city that seems to be constantly changing. Some people do more “Vancouver-y” activities (like cycling the sea wall and playing ultimate whilst decked out in Lululemon). However we think anyone who is remotely adventurous with a positive attitude on life could be considered a good candidate for the typical Vancouverite.

Do the people you post photos of see themselves on your page? What has their reaction been?
Sometimes they ask for the link, other times their friends or family see the picture and tag them in the comments, which we think is kind of cool. People often say thanks, and we always find it entertaining when they or their family proclaim something along the lines of “you’re/I’m famous now!” in the comments. 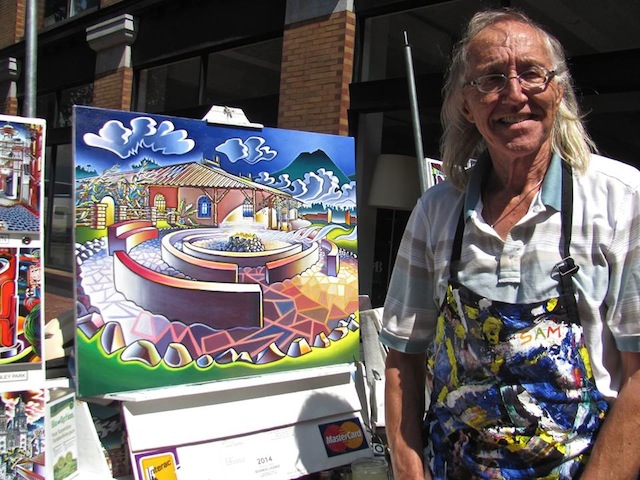 “- What does it mean to be successful? “Living your passion, everyday. 20 years I’ve been standing in the sun, painting. I’m living my passion.”” (Facebook)

How would you like to see Humans of Vancouver grow?
We just want it to keep on going in the direction it’s going, gaining more popularity and really becoming a hub for Vancouverites to gain new perspective on their city. Hopefully we can expand to other types of media, but we’ll see where things go.