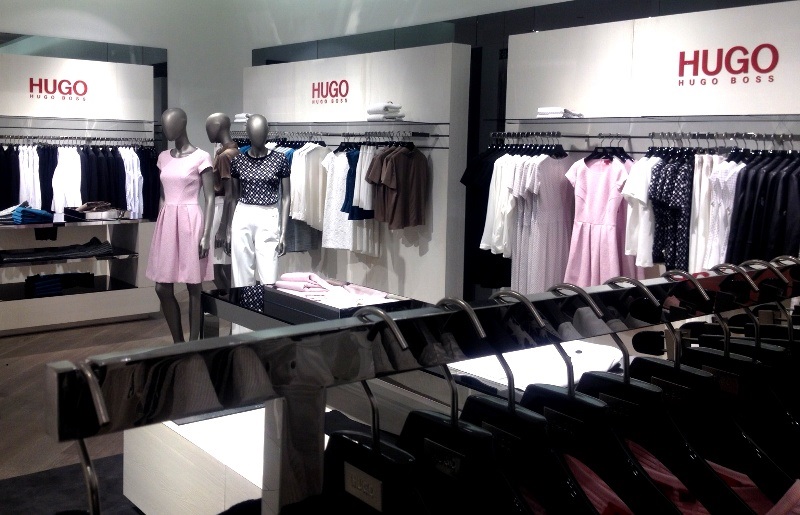 Seven HUGO shop-in-shops will open across Canada in the historic Hudson’s Bay this year, and more to follow in 2017, according to Lanita Layton, Managing Director for Hugo Boss’ Canadian operations.

HUGO will open two separate shop-in-shop’s for women and men in 2016 in the Hudson’s Bay in downtown Vancouver.

The women’s HUGO will have soft, feminine colours on its walls. The lighter aesthetic includes beige branded display showcases that showcase HUGO Woman’s collections and the floors in the shop-in-store will be light hardwood. Hugo Boss describes the women’s HUGO fashions as being “sharp, tailored and pure” with clothing of “essential dressing with a minimal aesthetic”. 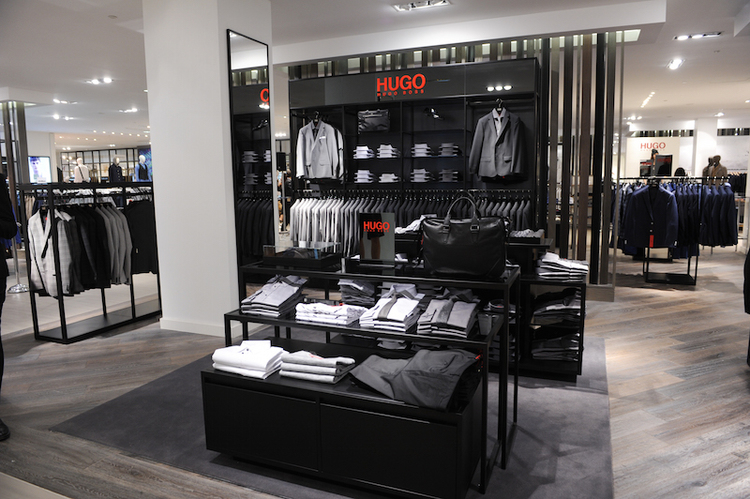 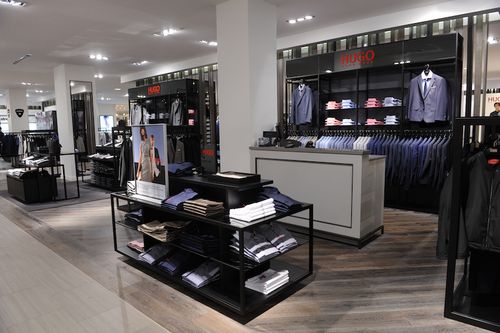 The men’s HUGO shop-in-shop at Hudson’s Bay’s downtown Vancouver will feature fashions that “flirt with nineties street style and ultra-modern, sport-influenced menswear” according to Hugo Boss. The open-concept concession itself features black metal finishes and neatly displayed product, featuring clothing as well as an assortment of accessories and footwear.

Last week, HUGO got the ball rolling by opening separate men’s and women’s HUGO shop-in-shops opened within HBC in Toronto’s Queen Street flagship. The HUGO Man boutique on The Bay’s fifth floor measures almost 1,800 square feet, and is a first in North America for HUGO Man.

The future openings of the Vancouver HUGO’s and the repositioning of LXR&Co, the curated luxury vintage handbags and accessories kiosk, from the lower floor to the main floor of HBC, suggests a summer of surprises at Hudson’s Bay.

But all eyes will be on the HUGO’s to see how these shop-in-shop’s will fare with the newest Vancouver Hugo Boss store in CF Pacific Centre close and the outlet store at McArthurGlen YVR.