Late Tuesday evening tweets starting flowing in about a massive fire in Richmond. Within in minutes tweeters tracked down the location and shared their photos. The blaze could be seen from all over the Lower Mainland as flames went up 35 metres in the air.

According to sources, the fire took place at the “Remy” condo construction site near Cambie Road and Garden City. Other sources indicated it was the Mayfair Place development. The fires proximity to the gas station was alarming, however, at press time it looks as though the gas station will not be impacted as the fire is spreading south. 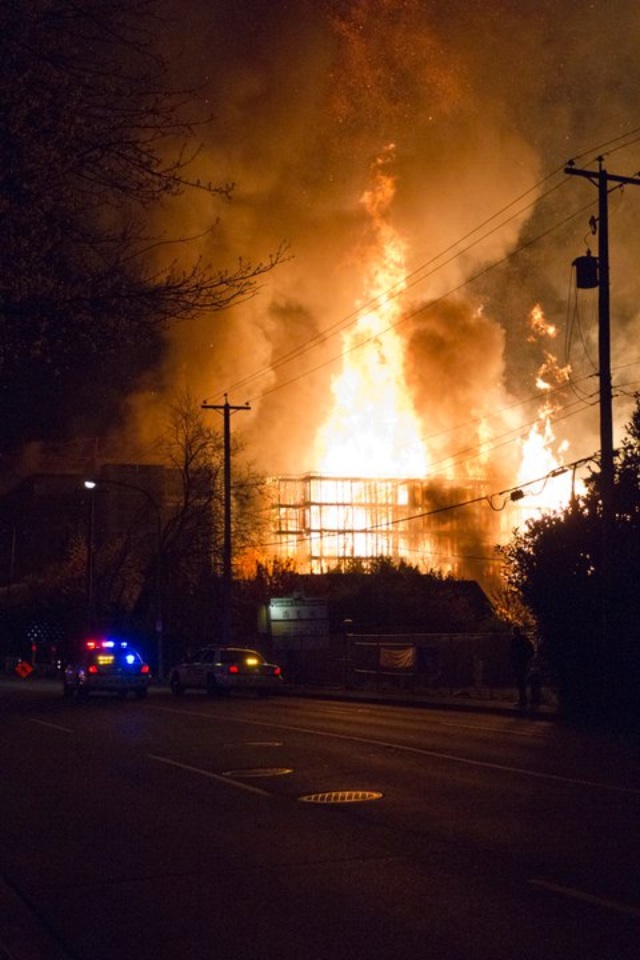 So far no one is hurt and local residents have been evacuated for safety reasons.

The entire structure collapsed. Power outage is  from Number 3 Road to Number 5 Road between Alderbridge Way and Bridgeport Road.

Fire crews from South Vancouver and Burnaby were called in to battle the blaze.

Let’s hope everyone is safe and the fire can be contained.