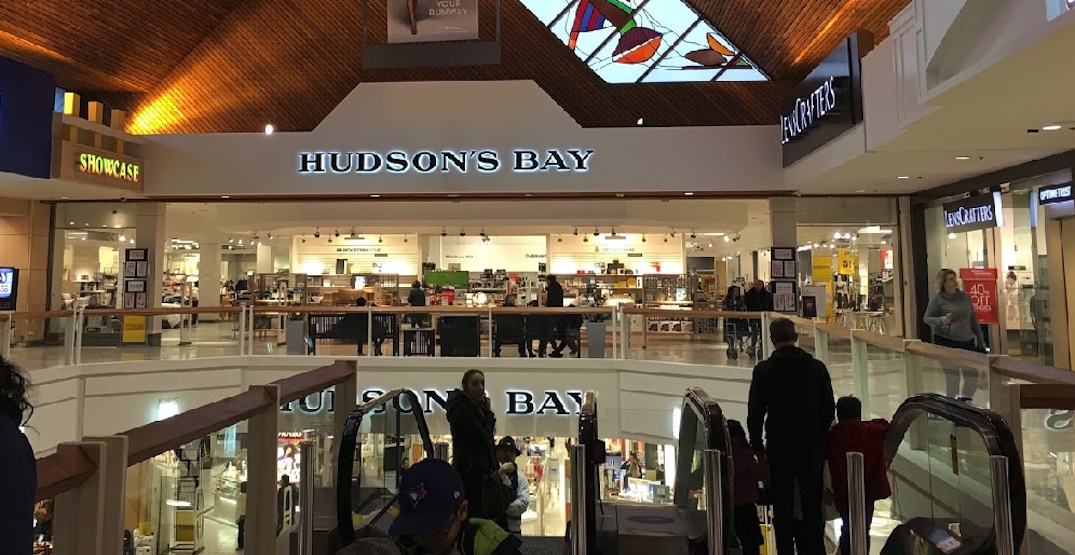 Hudson’s Bay Company (HBC) has reopened its location at Coquitlam Centre, following a court decision that sides with the retailer.

The retailer was shuttered from its shopping mall location in Coquitlam late last week after property management firm Morguard Investments terminated HBC’s lease for failure to pay rent. Notices were posted onto the closed store’s windows, indicating the retailer had defaulted on its rent.

Under the court decision, HBC is required to pay 50% of the rent owed to date to Coquitlam Centre.

“Hudson’s Bay is grateful that the Supreme Court of British Columbia has recognized the extraordinary challenges of the global pandemic and how the burden can be shared fairly and lawfully,” said Ian Putnam, the president and CEO of HBC Properties and Investments, in a statement to Daily Hive Urbanized.

“HBC believes the courts will continue to provide a common-sense approach that is fair to landlords and retailers.”

In recent weeks, HBC has been able to protect itself from eviction through court decisions at a number of other locations elsewhere in the country, including Hillcrest Mall and Richmond Mall in Ontario. The court also required the retailer to pay half of the seven months of rent that is owed.

Late last week, a judge in Quebec ordered HBC to pay the full outstanding rent for several of its locations in the province.

In the BC interior, the landlord of Cherry Lane Mall in Penticton served their HBC location with an eviction notice last week and filed a lawsuit against the retailer for unpaid rent totalling $546,000.

“When Morguard tried to evict us, without regard for the impact on our employees, vendors and other retailers, we had no choice but to defend ourselves,” continued Putnam.

“We accept the Court’s Order and will continue to ask for a fair sharing of the burden of the pandemic with respect to this lease and each of our other leases across the country.”

Daily Hive Urbanized has reached out to Morguard Investments for comment.

According to a Toronto Star report last week, HBC has not paid any rent to eight landlords in Ontario, Quebec, British Columbia, and Florida, based on legal filings. The leases are worth $20 million monthly across 21 locations.

HBC has been hit hard by the pandemic’s impact on brick-and-mortar retail, and the resulting accelerating shift towards online retail.