On Monday, October 5, we had the pleasure of participating in HUB’s Bike to Work Week Fashion Show. The event launched a month-long build-up to the fall BTWW, an annual event which this year will run from October 26 to November 1. The fashion show offers a unique opportunity to showcase local people who ride their bikes, and the progression that cycle-specific clothing has taken in recent years. 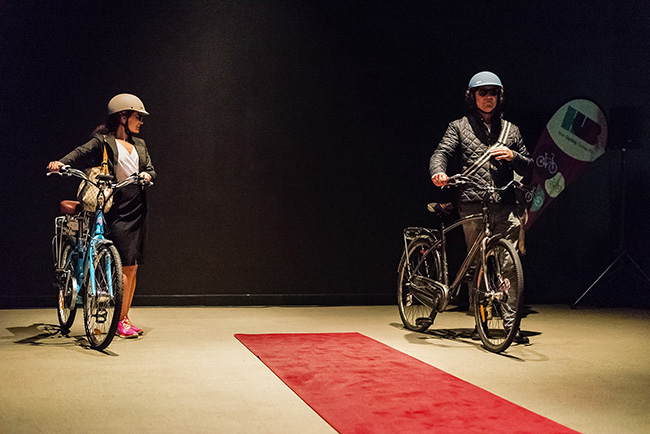 Laura Jane, HUB’s Bike to Work Program Manager, told us: “We started doing the fashion show as part of the Bike to Work Week Launch in 2014 because we wanted to show people how easy it is to bike in Metro Vancouver year-round. Many people don’t realize that it’s common for bike commuters to wear their regular work clothes while biking to work.” 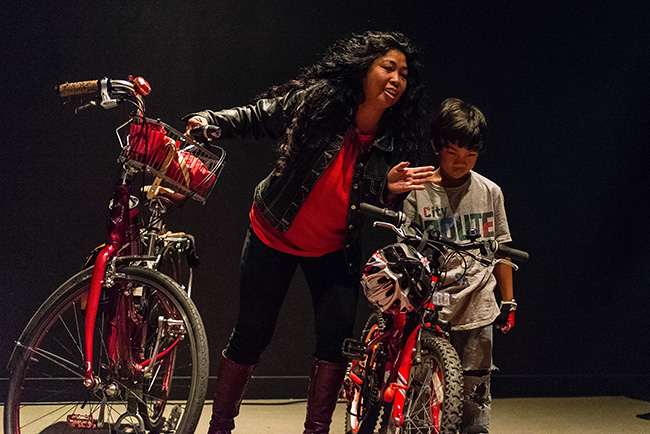 It is an idea we have felt strongly about for years, and are happy that HUB, as local advocates for cycling, realizes the value in normalizing the act of riding a bike. It helps push the idea that the bicycle is just another tool for getting around, and not just a toy for the young, the sporty and athletic.

Models for the event included a real cross section of local riders – from children and adults, to both seasoned and novice riders. The goal was to show cycling as accessible to everyone, regardless of age or ability. 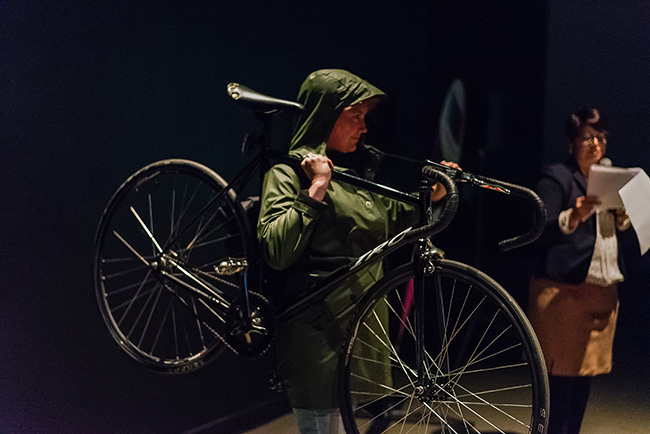 This is the goal of Fall BTWW as a whole – to encourage people new to riding a bike and those that were doing it long before it became “cool”. 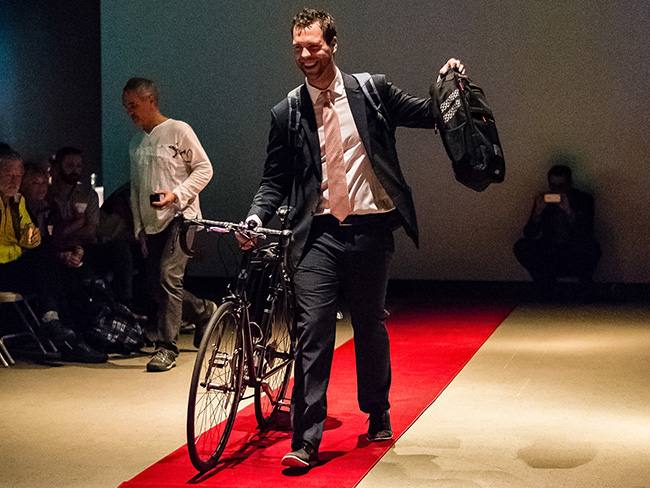 “Fall Bike to Work Week is so important to get people to keep riding to work year-round,” says Jane. “Weather is frequently cited in our surveys as a barrier to cycling more – and we really want to show people that you don’t need more than lights on your bike and some rain gear packed in your bag – just in case – to keep biking all year in Metro Vancouver.”

Riding a bike isn’t all about fashion shows and commuting to work, though. HUB recognizes this, which is why they are also holding two other events this month aimed at getting people out to have some fun. 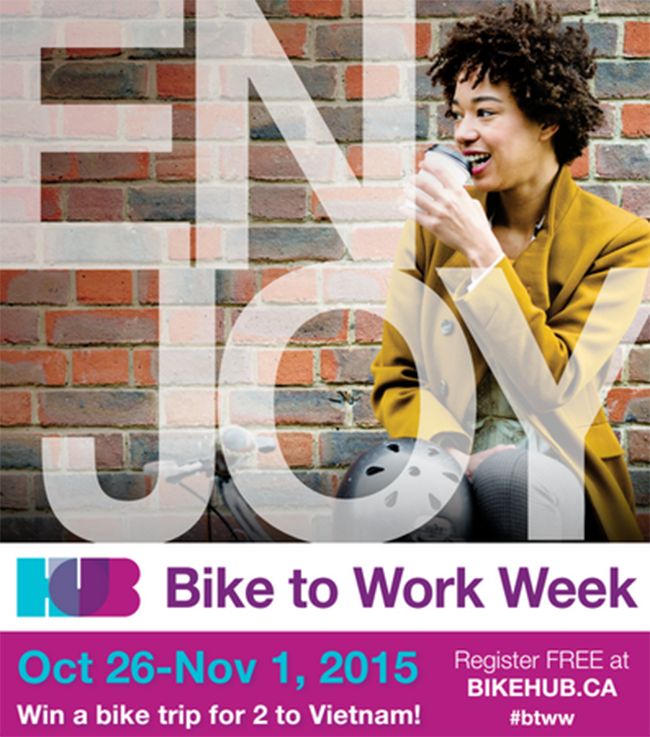 On Thursday, October 29, they will host their first ever Bike to Shop Party at Cadillac Fairview’s Pacific Centre, ideally located along the Dunsmuir protected bike lane. In speaking with others passionate about increasing ridership in the city, Jane recognizes that in order to move beyond just biking to work, people need to be encouraged to make shorter trips as well. 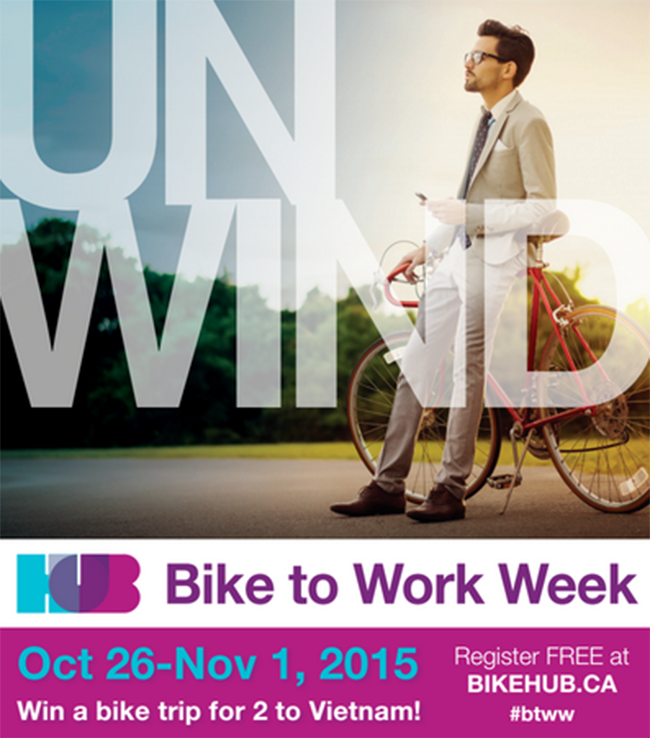 “The event aims to encourage people to use their bike not just for biking to work but for other errands as well, like going to the store or the movies or the hockey game. At the station we will have information about the various options for carrying your purchases by bike – whether it be with panniers, baskets or cargo bike.”

Finally, to wrap up BTWW, HUB is pleased to end a week of riding with fun films about bikes. Bicycle Shorts will get underway on Sunday, November 1 from 1:30pm at the Pacific Cinémathèque. Featuring both local and international films that celebrate cycling, including winners and finalists of the 2015 VeloBerlin Film Festival, the event will help raise money for HUB’s Better Biking Fund. 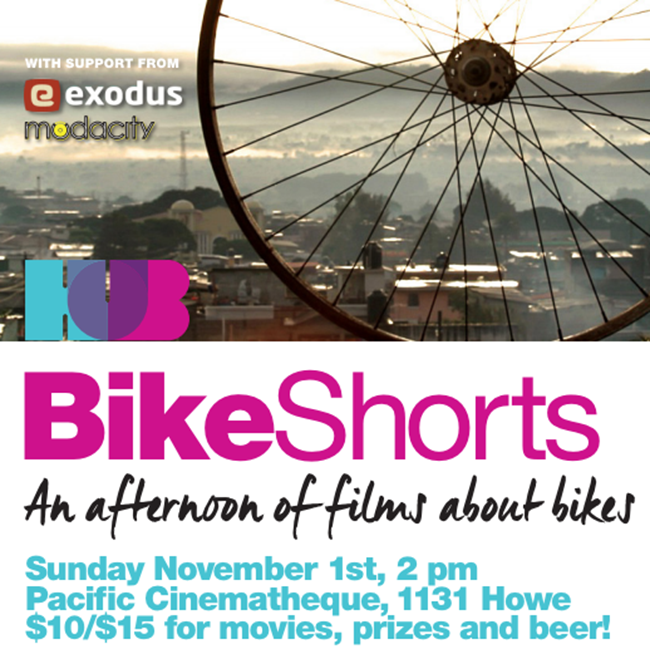 Not everyone can, or will, ride their bicycle to work. But with its emphasis on some of the  other trips you can make by bicycle, perhaps this year’s Bike to Work Week will help more people to see the value of two-wheeled travel.