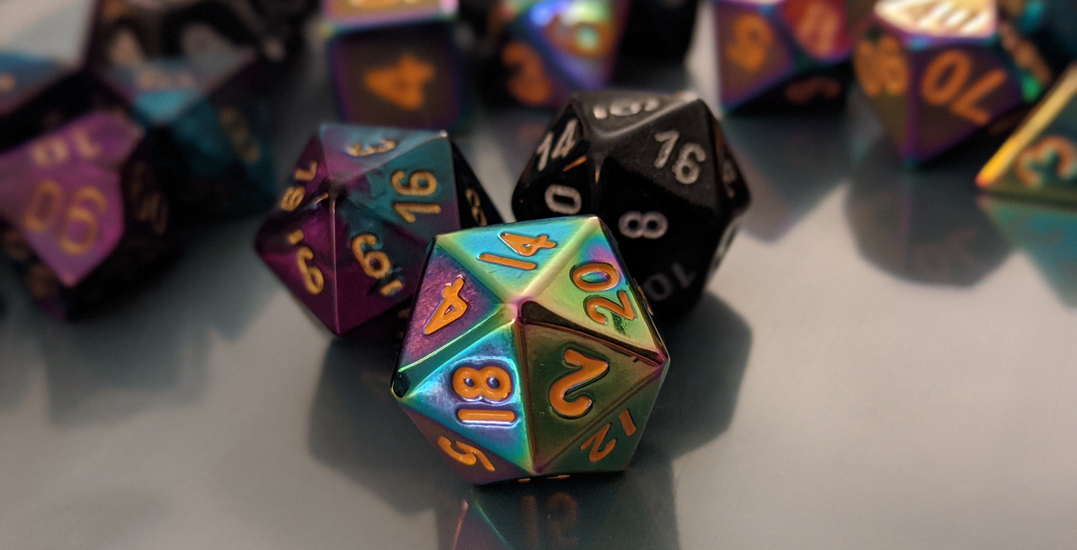 Most people think of D&D and picture a dining room table surrounded by people and covered with miniatures, and while in-person sessions are fun, there is an entire world of online D&D just waiting to be explored.

Here’s how to go about playing a game of Dungeons and Dragons while still physical distancing:

D&D is extremely versatile and well-suited for remote play because it can be played either through “Theatre of the Mind” or on a digital gameboard.

Theatre of the Mind refers to everything being played out in the group’s collective imaginations. Your DM will lay out the scene, and it is up to the players to picture themselves there and act accordingly.

Most D&D games incorporate a mix of Theatre of the Mind for roleplay-heavy moments, and then bring out a tabletop or digital gameboard when combat starts.

Theatre of the Mind makes things technically easier for playing remotely (as all you need is a voice and/or video connection, such as Zoom, Skype, or Discord), though it requires a certain amount of trust and communication between players and their DM.

The Band of Boobs is currently reaching the end of their first campaign, and, as a podcast-only production, makes for a great example of Theatre of the Mind done oh-so right.