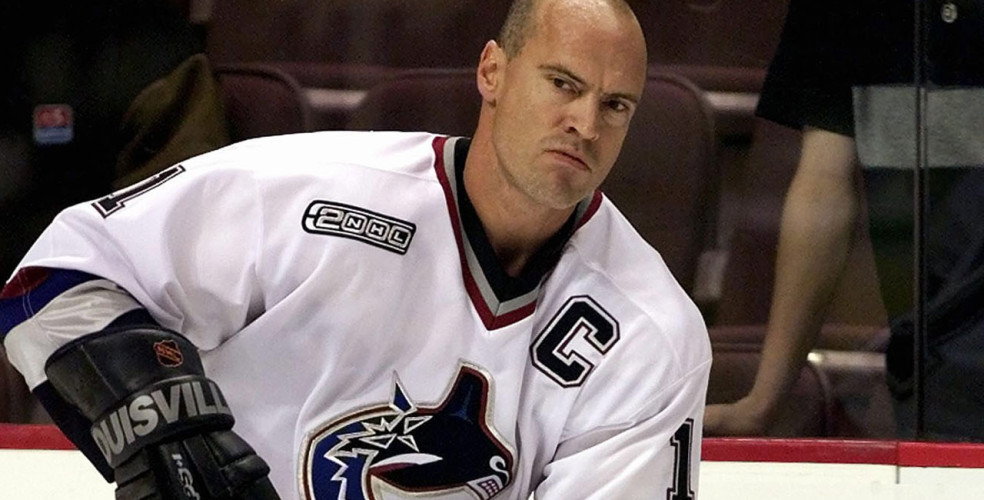 This has not been a good year on the ice for the Vancouver Canucks.

They set a franchise record for longest time without scoring a goal last night against the Winnipeg Jets and for a franchise with a history like the Canucks have had, that’s saying something.

The Canucks are currently just 3 points up on the Toronto Maple Leafs for last place in the NHL with 10 games to go before the end of the regular season.

Here’s how the reverse standings look at this moment: 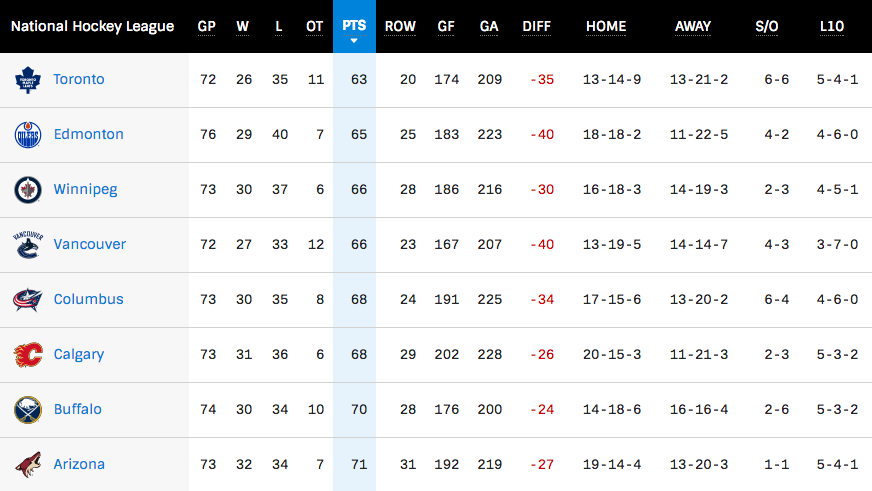 No team has fewer points (6) than the Canucks in their last 10 games. With season-ending injuries to Alex Edler, Brandon Sutter, and Radim Vrbata, it’s not likely to get better anytime soon.

If the Canucks earn as many points in their next 10 games as they have in their last 10, they’ll finish with a putrid 72 points on the season and a record of 30-40-12.

Here’s how this season currently ranks among the worst seasons in the 46-year history of the Canucks (note: the 1994-95 and 2012-13 seasons were lockout-shortened):

Those familiar with Canucks history know that their first 20 years were filled with losing seasons. The Canucks consistently finished near the bottom of the league during the 70s and 80s, with few exceptions.

Of course, they still managed to never get the first overall draft pick, because seemingly nothing good is ever allowed to happen to this franchise.

If the Canucks win the Auston Matthews sweepstakes this year, it’ll be the first time the franchise has chosen first overall in the draft.

So Canucks fans have been tortured over the years, this is well known.

But where does this season rank?

Let’s assume, for the sake of simplicity, that the team finishes with 72 points.

That would put the team 11 points worse than their season in 2013-14, when John Tortorella was at the helm. It would be their worst season since 1998-99, when Mark Messier was the captain.

If the Canucks finish the season with 72 points, it’ll be the 17th-worst point total they’ve ever had, not counting lockout shortened seasons. But when you look at this season in context, it’s actually worse.

In 1999, the NHL went to 4-on-4 overtime and began awarding teams a point for an overtime loss, although games could still finish as a tie. In 2005, the NHL introduced the shootout, meaning that ties became obsolete.

Over the course of the last two completed NHL seasons, the average point total for NHL teams was 92.2.

If we look at the worst point totals in franchise history in terms of a percentage of the NHL average, this season looks even worse.

If the Canucks finish the season with a 3-7 record, this will be the 10th-worst season in the history of the franchise.

But hey, the last time the Canucks had a season like this, they were rewarded with the Sedins in the draft and it was all worth it. If they can somehow get their hands on Auston Matthews, this year will be worth it too.