They’ve just put their two year old son to bed, and Mary and Jake are cozied up close to each other in their Surrey living room, eager to share their story. Mary explains how excited she is because of how often they’ve been told how special their chance encounter was – 18 years ago.

Her: I was on the SkyTrain coming back from Waterfront Station. I was reading this really obscure book; it was so obscure I might have been the third person who has ever read this book, ever.

At Stadium Station, I looked up and saw Jake. He looked fantastic – he was totally my type. A few stations later, he started talking to me about this book I was reading. He said…

Him: I found it very interesting because I had just written a paper about that book.

Her: I thought that was the cheesiest pick up line ever! But the more I talked about the book, I realized he actually knew what he was talking about.

(Mary pauses her story to add: We’ve been married for so many years now, and I still think the sexiest thing about my husband is his brain).

She continues: Right before he gets off at his stop, he throws me a piece of paper and says, “If you ever want to continue this conversation, give me a call.” And the doors shut.

Him: I had seconds to write it, so it was like fate that she could even figure out my writing and what it said. I couldn’t even recognize it.

After you called him, who seemed to try harder to get the other’s attention?

Her: It was a week after meeting that he proposed, on the SkyTrain.

Him: No! It was a month later. But she made me wait a year!

Him: It just felt like the right thing to say! But I really flustered her….

Her: A year later, he asked again, I said yes, and we got married.

Him: We were very broke.

Her: We were so broke and so young. I think we got our wedding bands from Sears! Our wedding was small and perfect. 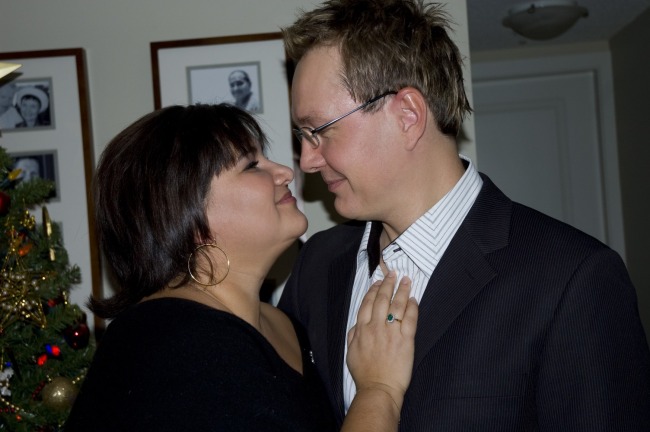 What’s the biggest decision you’ve made in your relationship?

Him: Having children. That’s a huge, huge decision we made.

Her: Yes, but it was so hard for us – and when we were finally able to have kids, it’s been amazing. We’re good at being a family.

Throughout the course of our conversation, Jake has stood up to get a framed poem he wrote for Mary, and Mary has left the room to put on the wedding ring Jake got her on their 10th anniversary. It’s hard not to smile as I’m included in their memories – and even harder as they answer this last question.

If he/she were to come home and tell you they were planning to get a tattoo with your name, what would you say?

Top: Her answer / Bottom: His answer 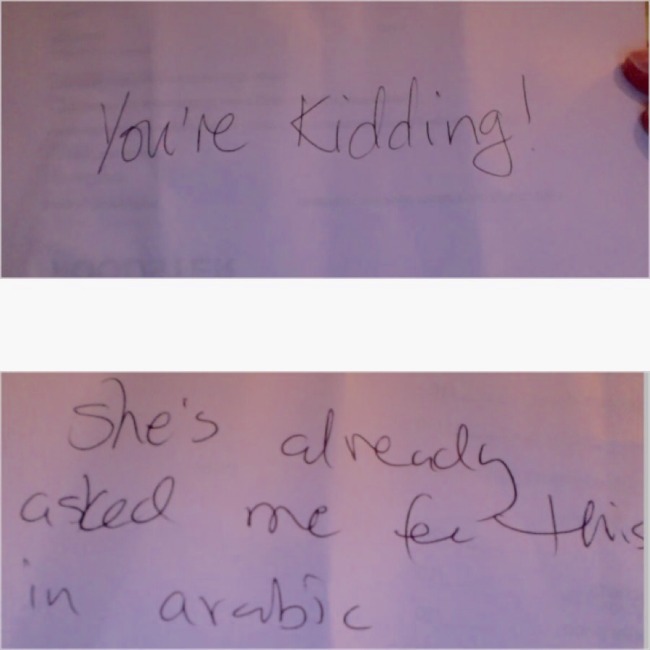 You can follow their love story and other adventures at MaryInVancity.com or get social on:

Interested in telling us how you met your partner? Send us an email and you could be

Megan is an author and columnist for Vancity Buzz. Follow her on Instagram/Twitter @MeganDubs.